Will Lockhart ‘13 founded the Brown University Go Club in 2010 and now has come out with an independent feature documentary about the ancient board game, which is extremely popular in China, Japan, and Korea, though lesser known in the West. The Surrounding Game is codirected by Cole Pruitt ‘11; the two met playing Go at Brown, and subsequently cofounded the American Collegiate Go Association. Shot over four years, the film follows three Americans playing in the first-ever Western professional Go certification tournament and includes interviews with top Go masters in Asia as well as animation by Xiangjun Shi ‘13. The documentary began screening at film festivals last spring and over the summer played at numerous theaters in the United States and Europe. Check surroundinggamemovie.com  for information about upcoming screenings. 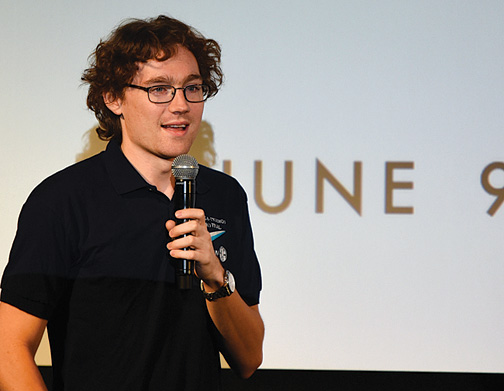 Reader Responses to Playing the Game