When Mary V. Dearborn ’77 was at Brown, John Hawkes, the postmodern novelist who taught English at the University for thirty years, required her and her classmates to write one-page, single-spaced papers. “That was unforgettable,” she recalls. “Every sentence had to count.” It’s a lesson that Dearborn, the author of biographies of Norman Mailer, Henry Miller, Peggy Guggenheim, and others, has applied throughout her career. 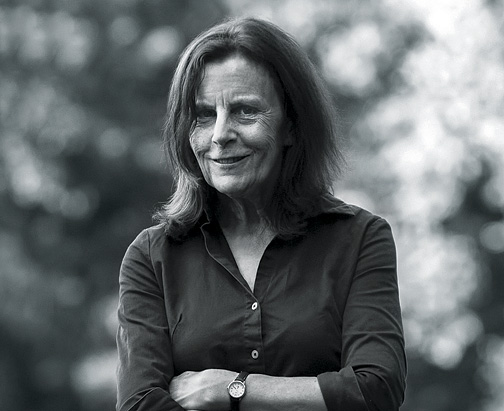 Her seventh book—Ernest Hemingway: A Biography—is the first Hemingway biography written by a woman. With so many books out there about Papa already, why do we need another one? “There have been great biographies of Hemingway,” Dearborn says, “but I think that a flaw is that the biographers tend to worship him, or tend to build him up as a legend at the expense of understanding his character. I thought that couldn’t be the whole story. And it wasn’t.”

Hemingway, Dearborn writes in her book, “virtually commanded affection, admiration and attention.” Norman Mailer notwithstanding, he may have been our most famous celebrity author of the twentieth century, and Dearborn writes about Hemingway from the perspective of someone who admires him but doesn’t fawn over him.

Further exploring the ground tilled as far back as 1996 by Nancy Comley ’71, ’77 PhD and the late professor of MCM, English, and comparative literature Robert Scholes in Hemingway’s Genders, Dearborn analyzes Hemingway’s interest in gender exploration. He was, for example, fascinated with blurring gender differences, using matching short haircuts on sexual partners and in Africa taking an interest in piercing his ears, something his fourth wife, Mary Welsh, discouraged him from doing, arguing that it would have the wrong effect on his reputation.

Dearborn, who after Brown earned a PhD in English and comparative literature at Columbia, also explores the effect of Hemingway’s genetic inheritance on his writing, depression, and alcoholism. (“Mental illness coursed through the Hemingway family like one of the rivers Ernest wrote about with such beautiful economy,” she writes.) And what was the legacy the many brain injuries he endured? Dearborn counts six concussions, some from airplane accidents in the 1950s. She believes Hemingway ultimately was “brought down” by a combination of these genetic and physical factors. In 1961, at the age of sixty-one, he committed suicide in Idaho using a shotgun.

His mania, Dearborn says, may have actually improved his writing, at least for a time. “There was one month,” she says, “when he wrote six of his best short stories. Six! That’s incredible.” In the end, Dearborn says, Hemingway’s success while increasingly trying to fight off these darker elements left her admiring him all the more.

“I have enormous respect for him,” she says, “and admiration that he made it as long as he did, frankly, and that he produced as much as he did and how much what he produced really changed all of us and continues to.” Even now, readers “see right away that there’s more to the story than what he’s saying. But you see that and that changes how you read. And, if you’re a writer, that really affects you.

“If you live in somebody’s head for years—and this was a pretty messed-up head—you’re a little bit relieved when you’re done. But I just think he continues to have a whole lot to say, and understanding his life is really a worthy thing to try to do.”