An F in Retirement

“I failed retirement,” Ernest Lampe ’62, of Bloomington, Minnesota, recently wrote to the BAM. For thirty years he’d been a surgeon specializing in abdominal issues and cancer at Abbott Northwestern Hospital in Minneapolis, and he’d loved every minute of it, particularly doing pancreatectomies to cure pancreatic cancer. 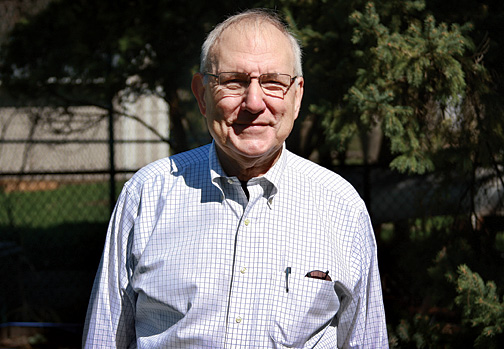 “The pancreas is really embedded in the back of the abdomen and it’s hard to remove without disturbing tissue around it,” Lampe explains. “It’s a very dangerous operation, very risky. It’s a work of art, every one is different. The trick is to be extremely gentle with the tissue, meticulous, and not worry about time.” He estimates he’s performed 100 such operations.

But the real reason he loved his job was the satisfaction he took in the intimate, hands-on work of healing people. “Just taking out an appendix, something that once killed people regularly, is wonderful,” he says. “That was a really important part of me.”

No wonder, then, that he delayed leaving the operating table until he was seventy. “I didn’t feel I was impaired, but I felt I wasn’t as good a surgeon as I’d been fifteen years ago,” he says. Not wanting to retire completely, he took a desk job in quality assurance at a smaller hospital. “I missed surgery, but I was still dealing with patients, just one step back, and that was, well, okay,” he says.

Truth was he desperately missed doctor-patient contact. When a private addiction-treatment company (which he prefers not to name) offered him a part-time job taking routine patient histories and performing physicals, he jumped at the chance.

“Addiction is a chronic disease with no cure, so the goal is harm reduction, achievable goals, and I’m an achievable-goal kind of person,” he says. “Just removing the risk of overdose or alcohol-related injuries—getting someone off the street and able to work again—is a huge success.”

He stresses that he is not an addiction expert and doesn’t do any drug counseling, but for patients, hearing health news from a “real doctor” makes a difference. “When I tell someone their addiction is driven by bipolar disorder and it’s causing them to keep losing jobs,” he says, “it works when it comes from me.”

As the Minneapolis area faces a massive opioid addiction crisis, like so many parts of the United States, Lampe feels good doing whatever he can do to help. He mentions two patients, a couple who have been addicted their entire adult lives with a history of dealing and arrests.

“They’ve been coming to our clinic to satisfy the demands of their parole officer,” he says. “But recently they’ve started to smile, talk more spontaneously with the counselors, and get back to realizing who they are, what they want to be, and how to get there.” He’s not sure if they’ll stay that course, but he says it’s gratifying seeing their progress.

Lampe, who earned his medical degree at the University of Minnesota, says that as long as he stays in good health, he’ll work until he’s eighty. He visits the gym regularly and eats a low-carb diet. Other members of his family have lived well into their nineties. His wife, Susan, a nurse, is also still working. (Their son, Ernest ’97, an electrical engineer, lives nearby.)

After they retired the first time, they traveled and got to Europe every year. “But at a certain point,” he says, “we were on a cruise and we said, ‘Gee, this is nice, but this just isn’t for us.’ My feeling of self-worth is really tied up in practicing medicine, and to try to deny that just makes me feel bad.”

Reader Responses to An F in Retirement