On September 5, Brown’s Opening Convocation procession met up with about 100 protesters from the Pokanoket Tribe, which had, since August 20, mounted an encampment on Brown land in Bristol, R.I., a 375-acre estate that houses the Haffenreffer Museum’s Collections Research Center.  The Pokanokets claim the land, which they call Potumtuk, as sacred to their tribe—and exclusively theirs, which was a sticking point. On September 25 an agreement was reached: the University will transfer part of the land into a trust, to be shared by the Pokanokets and other native tribes.  “We’re very pleased,” said Russell Carey, Brown’s executive vice president for planning and policy. 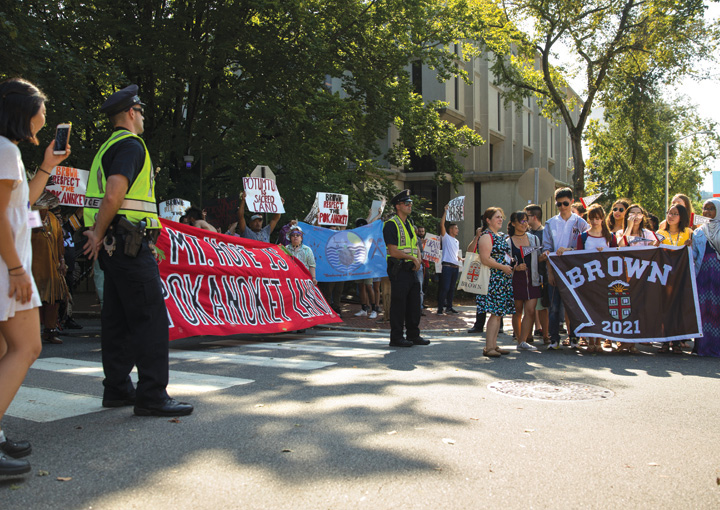