Every parent with high school kids complains about the cost of college. In December, Brown took another step toward addressing their concern. 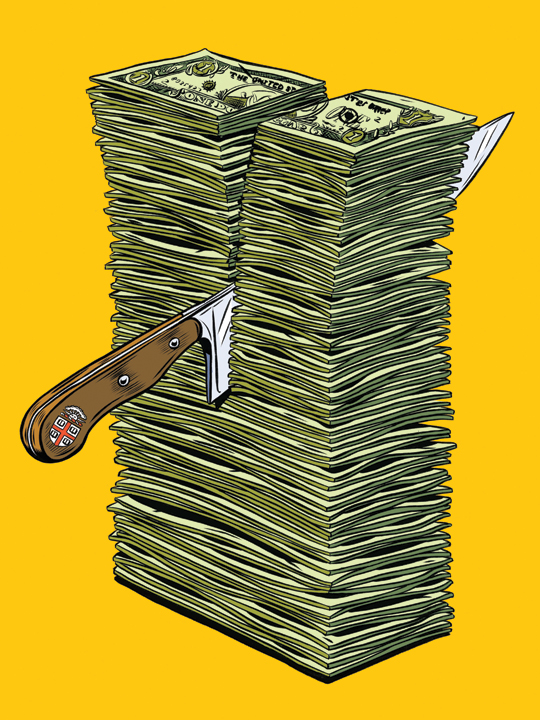 After raising $30 million in fewer than three months, the University announced on December 7 that, beginning this fall, University-packaged financial aid for all undergraduates will no longer include loans, which will now be replaced with grants, scholarships, and work-study jobs.

Although some families might still choose to apply for private loans to meet all of a student's needs, the move—called the Brown Promise—is likely to ease the burden on middle class families who earn too much to qualify for aid offered to those earning less than $60,000 a year but not enough to pay full tuition and expenses. As examples, President Christina Paxson wrote in the November/December BAM of her disappointment when two highly qualified accepted applicants recently chose another school for their more generous financial aid:

“The Brown Promise is inspired by students like these, who want unfettered access to the exceptional education Brown offers … but [are] wary of graduating with a debt burden that limits their options.”

To become permanent, though, the Brown Promise will cost $120 million. The figure is part of the overall $500 million goal for undergraduate financial aid included in the $3 billion BrownTogether campaign. (In early January, Paxson announced that, having raised $1.64 billion so far, the campaign is halfway home.)

The Brown Promise is building on financial-aid investments going back to 2003, when then-President Ruth Simmons adopted undergraduate need-blind admission. Although the no-loans approach will not directly affect low-income applicants to Brown, it could help increase the number of first-generation college students at the University. A number of higher education studies have shown that affordability and financial aid offerings are crucial factors behind the choice of college such high-demand students make.

“When students and their families are sitting at their dining room tables making decisions about where to apply to college,” Paxson said in September, “or whether to accept an offer of admission, we want them to know that Brown is an affordable choice.”