Although she grew up in Korea, Rachel Yang ’00 didn’t learn to cook Korean food until after she’d attended culinary school and worked under such renowned chefs as Daniel Boulud and Alain Ducasse at high-end restaurants in New York City. Yang and her husband, Seif Chirchi, now own four Korean fusion restaurants—Joule, Revel, and Trove in Seattle; and Revelry in Portland, Oregon—and the two have earned four James Beard Award best chef nominations. Their food is an unusual amalgam of Korean, classical French, and modern American. “It’s food without boundaries, made with ingredients from all over the globe,” Yang writes in her new cookbook, My Rice Bowl: Korean Cooking Outside the Lines (cowritten with Jess Thomson), which includes recipes for noodle dishes, dumplings, kimchi, pickles, and barbecue. Here is Yang’s recipe for an all-purpose sauce:

Yang: “This is the simple chili paste sauce recipe we use for the rice cakes at Joule, which our customers have, over the years, given the eyebrow-raising name “crack sauce.” Make sure you grate the ginger and garlic extremely finely with a Microplane-type grater. (If you double or triple the sauce, you can use a blender, mixing it in with the rest of the ingredients.)” 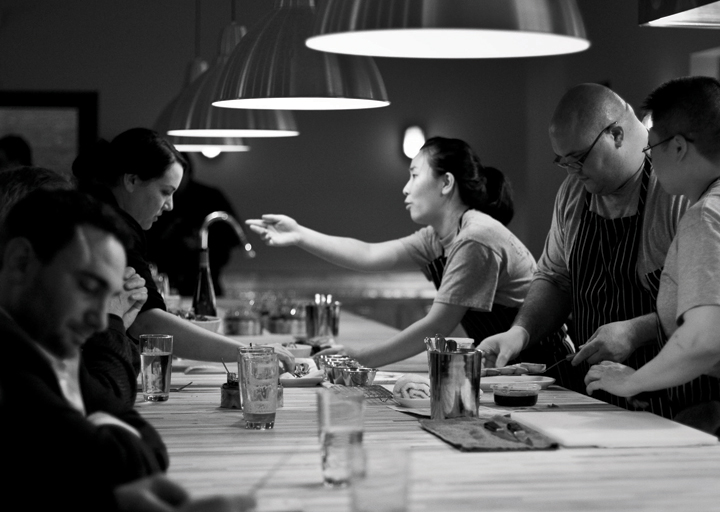 Jackie Donnelly
Rachel Yang '00 at her restaurant Revel, in Seattle.

Make the sauce
In a medium bowl, whisk together the chili paste, mirin, and sake to blend. Add the soy sauce, ginger, and garlic, and whisk again until smooth. Store in the refrigerator, covered, for up to a month.

Reader Responses to No Boundaries