Radical Empathy
The philosophy behind the #MeToo movement. 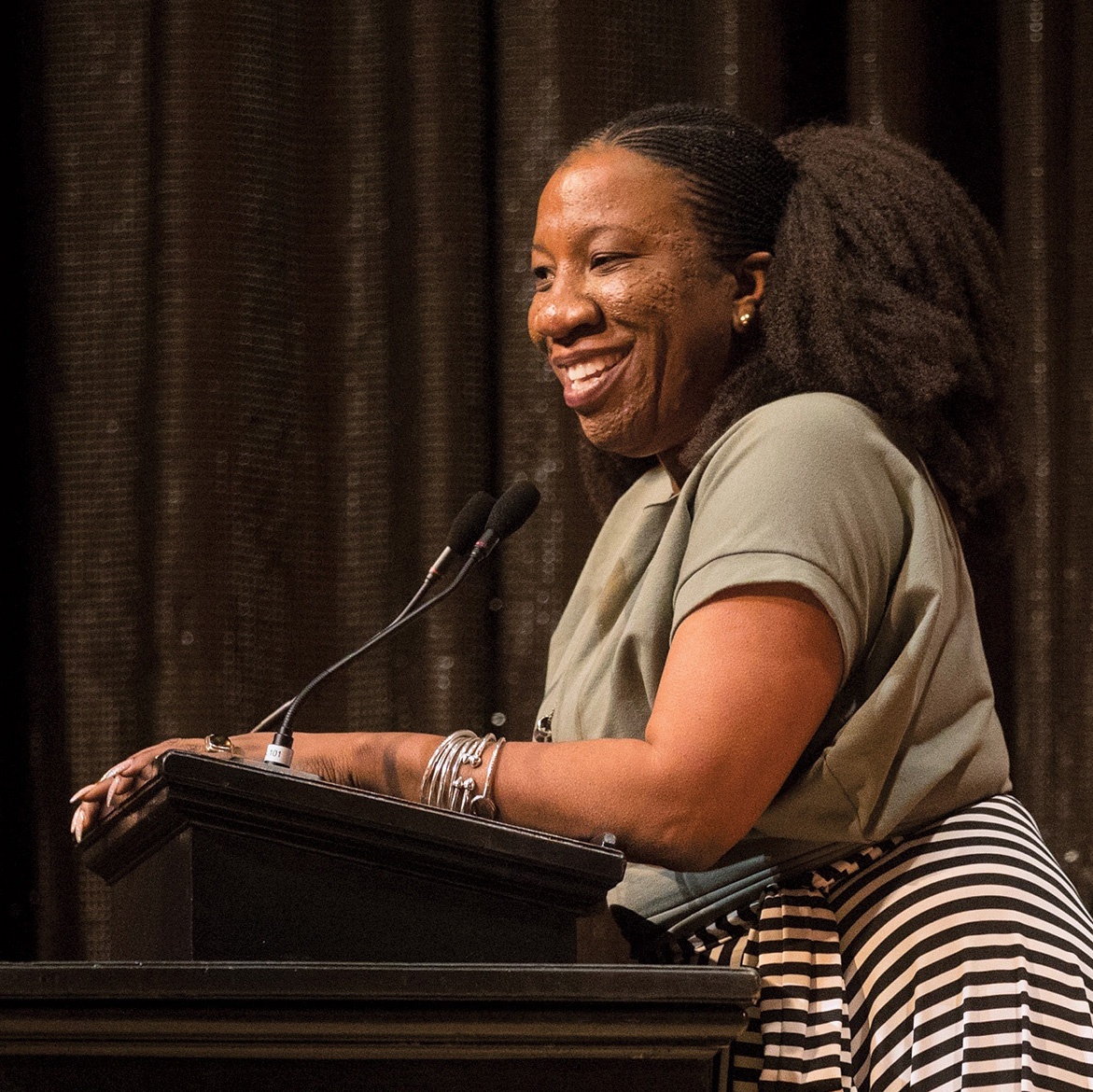 On Valentine’s Day, Tarana Burke, the founder of the #MeToo movement, spoke about healing, empathy, and what it means to be a survivor of sexual assault in a “fireside chat” on campus with history professor Emily Owens.  “Before the words came,” Burke said, “I had the idea of empowerment and empathy, because when I think about what I needed most as a young person—it was those empathetic relationships with other women which gave me permission to start healing.” The power of “Me Too” is rooted in its ability to connect women together in an act of radical empathy, if only for a moment, Burke told Owens, who teaches a class on the history of consent and the law. Burke, who has been an activist since 1989, said that she wants to use her current moment in the spotlight to highlight the need to think of the #MeToo movement as addressing sexual abuse not simply at an individual level but as a broader, structural issue. “We keep making boogey-men, but we need to talk more about systems,” Burke said. “A person like Harvey Weinstein doesn’t just exist in a vacuum.” This process of institutional accountability should be centered around the voices and experience of survivors, those who have been most affected, she added. Lastly, she emphasized that surviving is not a passive act but a choice that people must feel empowered to make. “I wake up every day and make the choice to survive,” Burke said. “Part of my work on this movement is to help people make that choice for themselves.”