Tuition is up again—but so is accessibility. 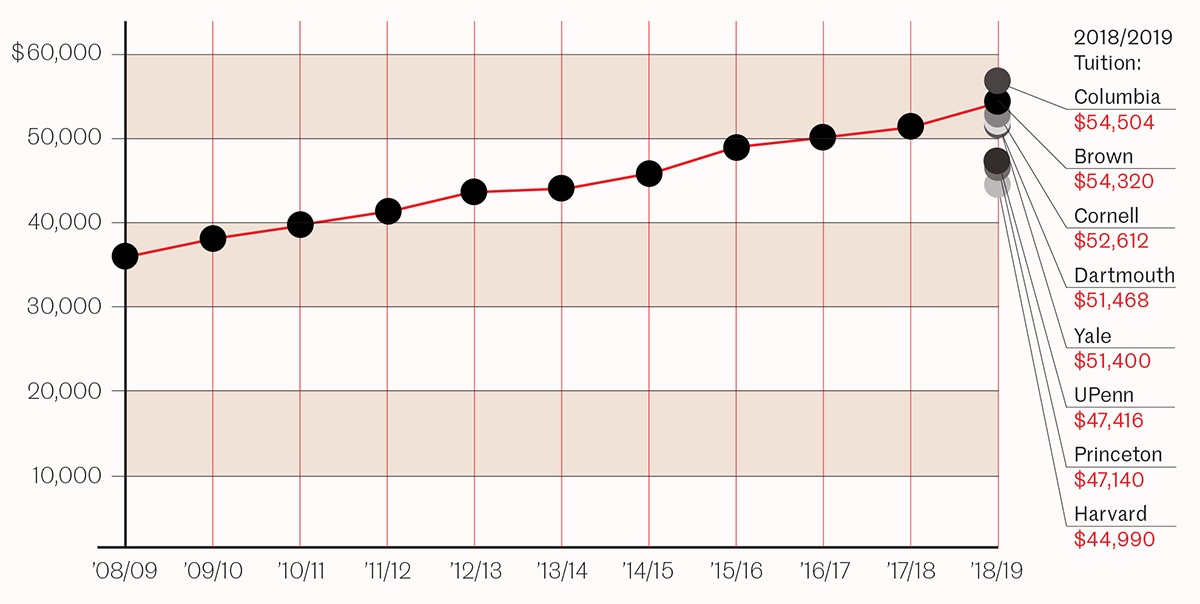 In February, the Brown Corporation approved a 4 percent undergraduate tuition increase, to $54,320, excluding room, board, and other fees. But the $1.1 billion consolidated operating budget for the University’s 2019 fiscal year also included increased funding for financial aid and for diversity and inclusion initiatives. In a statement about the new budget, Provost Richard M. Locke characterized Brown as an “affordable choice,” thanks to the Brown Promise initiative, announced late last year, which will replace loans with scholarships in University financial aid packages beginning in the 2018–19 academic year.

Reader Responses to Tuition is up again—but so is accessibility.