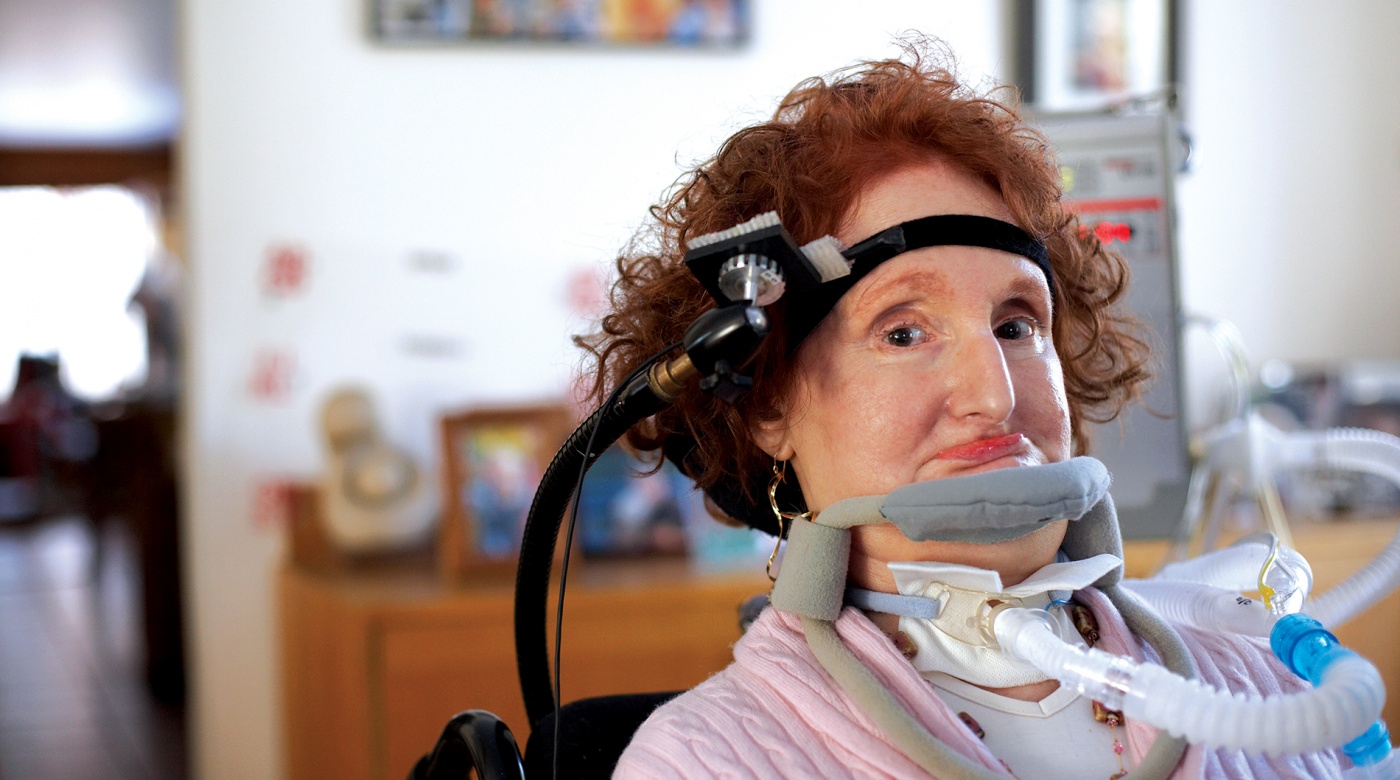 “I am optimistic by nature,” Catherine Gody Wolf ’74 PhD once said to a New York Times reporter. “Other than ALS, I am in perfect health.”
Wolf, 70, a pioneer in the field of human-computer interaction (HCI) and the holder of six patents, died February 7 at her home in Katonah, N.Y., of complications from amyotrophic lateral sclerosis (ALS).  Wolf had lived with the disease for 22 years, surpassing the average lifespan by 17 years.
Catherine Gody grew up in Washington, D.C., and did her undergraduate work in psychology at Tufts, before meeting and marrying her husband, Joel ’73 PhD. The pair went on to Brown for graduate school, where Joel studied math and Cathy studied experimental psychology. In what has been widely identified as a kind of prophetic synchronicity, Wolf then turned her passion for language into a decades-long career in Human-Computer Interaction (HCI), teaching computers to communicate like people—the very technologies she would later use herself after ALS, a neurological disease that attacks the motor neurons in the brain that communicate with muscles, took away her ability to speak.
After graduate school, Wolf’s first job was at Bell Labs, where she helped develop an early cellphone, which, she later joked, was so clunky and costly that she was sure it would never be widely used. Wolf then went to work as a research psychologist at IBM’s Thomas J. Watson Research Center, where she remained for 19 years. During her tenure, she helped develop voice- and handwriting- recognition software and synthetic-speech technology, including an invention called the Conversation Machine, which allowed customers to do their banking by telephone using an automated talking teller.
Wolf was diagnosed with ALS in 1997, and after the disease left her largely paralyzed she was forced to breathe using a ventilator and could move only a few muscles in her forehead. She continued to communicate by computer thanks to a special keyboard that selected letters when Wolf raised her eyebrows to signal a bonging cursor. She was also able to trigger recordings she’d made before losing her voice, including the names of her husband and children, some greetings, and a pair of her favorite jokes, including: “‘What goes ha ha ha thunk?’ ‘A man laughing his head off.’” (“Who says there’s no fun in ALS?” she once quipped.)
Wolf identified as her proudest research achievement the recalibration of the ALS functional rating scale (ALSFRS), an assessment tool on which she had herself scored a 1 out of 48. “I felt it didn’t reflect my abilities,” she told the BAM in 2009. She and a colleague developed a more nuanced version of the scale to account for subtle ability.
In Hear Me Now, a documentary film about Wolf’s work and life, her daughter Laura describes the voice-to-text software they tested at home when she and her sister were young. It made a number of comical errors—changing Laura’s name to lava or Clorox, for one—but the family favorite may have been the way it consistently changed “love ya” to Columbia. The Wolfs responded to this HCI glitch the same way they seemed to handle many things—by adapting. From then on, they signed all their emails Columbia, which had, by then, become a kind of family code for love.
Wolf left IBM in 2004, and despite not being able to speak, she continued to make a lot of noise, producing in her last decades an enormous body of poetry, blog entries, research, essays, political commentary, and advocacy for people with disabilities. “I might be dying, but I was not going to go quietly,” she wrote in 2014 in NeurologyNow. Or, as one of her poems put it:

I will be heard!
Make no mistake.
It will take more than ALS to shut me up.

In addition to her husband, Joel, and daughters Erika and Laura, Wolf is survived by
five grandchildren and her
sister, Dale Goody.