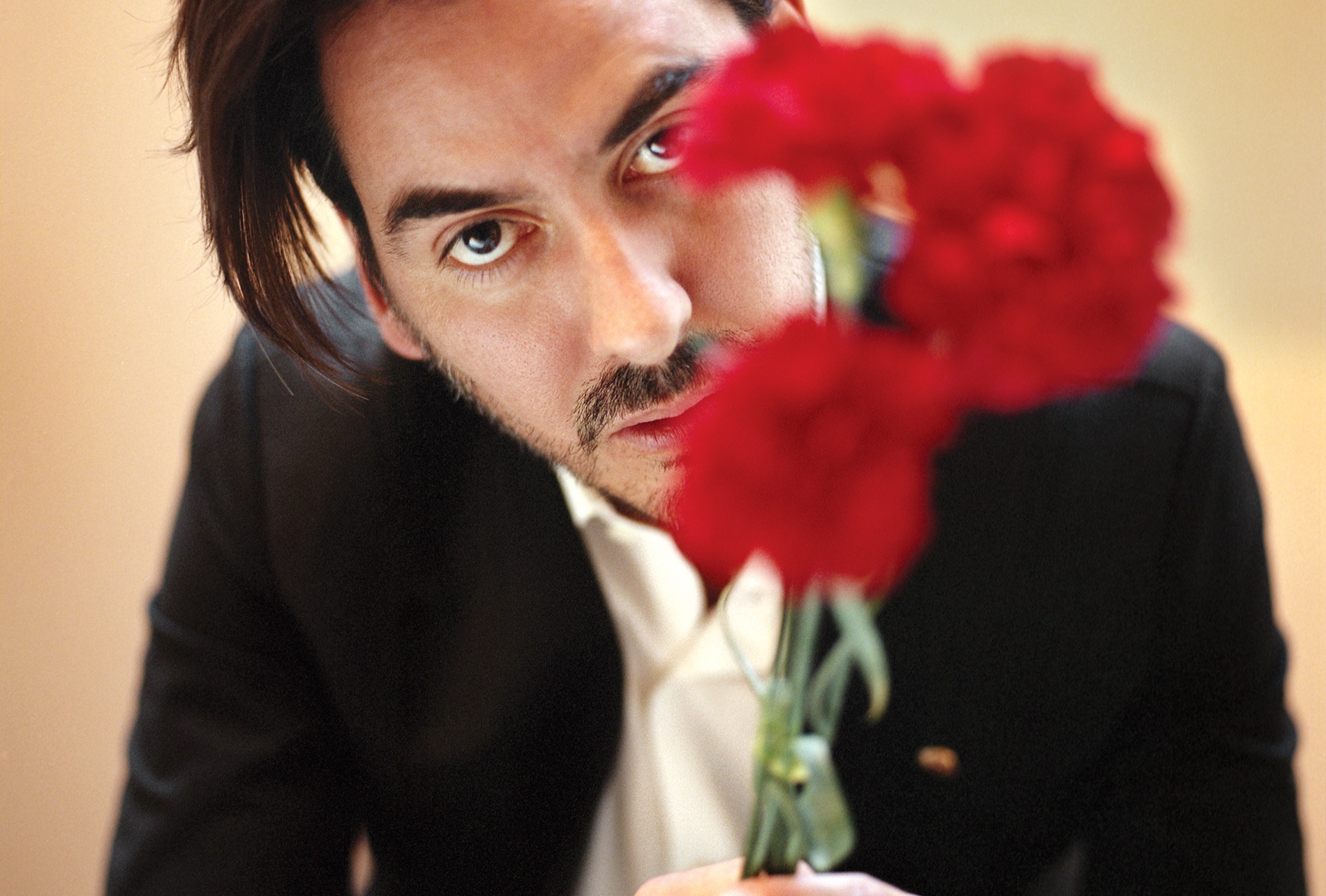 Here Comes the Son
The first solo album from Dhani Harrison ’01 is “an introspective trip.”

Entering Brown, Dhani Harrison ’01 tackled an ambitious academic program. “I started off with an independent concentration in industrial design and physics,” he says. His extracurricular activities were equally challenging and included playing guitar in bands, DJ-ing a Friday-night electronic dance music (EDM) show on BSR, and roaming the campus for “hours and hours,” video camera in hand, making short movies.

It’s perhaps surprising that the only child of George Harrison didn’t major in music, but Dhani says academic music study didn’t appeal to him. “I did take a course in music and computers—and failed,” he says with a laugh. “The irony is that those are the two things I use the most in my life and am best at.”

Rather, it was his design studies at Brown and RISD—which led to an eventual degree in visual art—that shaped his approach to music, which has included, among other things, production work on his father’s final album, composing soundtracks for films and television, and writing songs for his band, thenewno2. The different elements of Dhani’s creative background came together on his first solo album, In Parallel, which was released on BMG last fall.

He describes it as “an introspective trip from where I was to where I am now.” The 10 tunes have a cinematic quality, moving through shifting sonic scenes rather than traditional song structures. His father’s influence can be heard in spots—especially the exotic sounds in “Never Know” and the melody of “The Light Under the Door”—but Dhani is quick to point out that, “although I grew up with him as my music teacher, there’s an awful lot of music I’ve heard that he never heard.” Especially EDM, which he considers a key influence, citing “drum and bass, the Bristol Sound, a lot of that ’90s English dance music.” The thick synthesizer textures, booming drums, and layered vocals on the album reflect that influence, which, Dhani says, also show the effect of film on his compositions.

“My music comes through that dance-music filter,” he says, “and a lot of that music is Blade Runner-y, because those guys were influenced by the sampling in those great sci-fi movies.”

Harrison is taking his music on the road to festivals this year, as well as continuing to write and produce soundtracks in his Los Angeles studio. With his debut album behind him, he says he has a clear sense of what he wants to do: “It goes back to being a design student. I like to have control over everything. If it’s you out there in front, it’s important to understand your place in the design.”