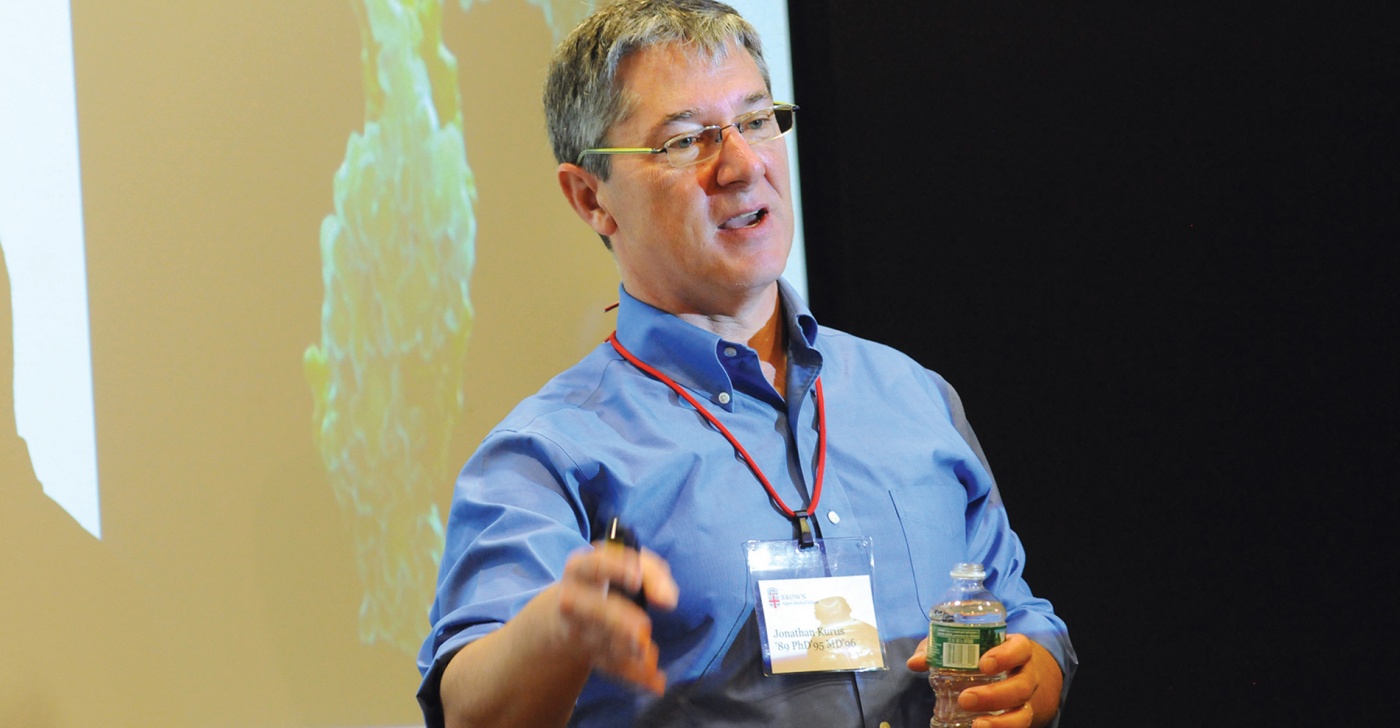 “Why work on malaria?” Dr. Jonathan Kurtis ’89, ’95 PhD, ’96 M.D. asked near the beginning of Commencement Weekend’s Ruth B. Sauber Distinguished Medical Alumni Lecture, “New Hope in the Fight Against Malaria.”
“It is...the greatest single-agent killer of children on the planet,” he answered. Globally, a child dies from it every 15 to 60 seconds, which exceeds the rate of child deaths from HIV, tuberculosis, or vehicular trauma. There is nothing that compares to this on planet Earth, said Kurtis.

Kurtis is a professor and chair of the Department of Pathology and Laboratory Medicine at Brown’s Warren Alpert Medical School. For more than a decade, he has spearheaded a project that, by studying children with unusual malaria resistance, has identified two potential vaccines for the devastating, mosquito-borne illness. He’s been funded by the Gates Foundation, National Institutes of Health, and March of Dimes and has collaborated across multiple states and continents—from Brown and its affiliated hospitals, to UMass Medical School and Florida Atlantic University, to the NIH, to field work in Kenya and Tanzania.

“Whoever makes the malaria vaccine will change the course of human history, quite literally,” he said in an interview after his Commencement Weekend lecture. “So I feel excited and enthralled and just lucky to be part of the process, to the degree that we are.”

But he also feels an incredible sense of urgency, he added, “because every fifteen seconds...another kid dies.”