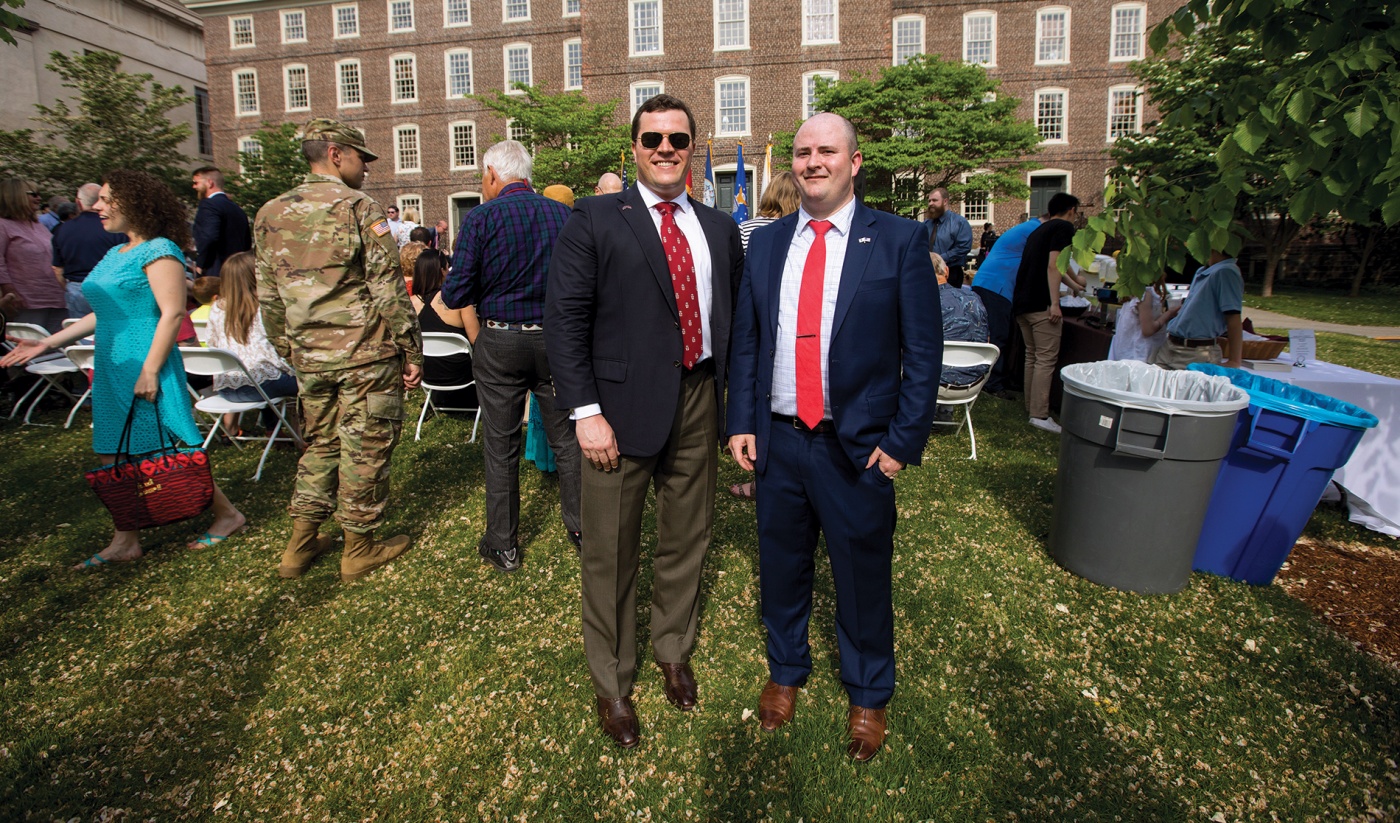 Saturday afternoon of Commencement Weekend, University Hall was the backdrop for a ceremony in which Brown ’18 graduates who participated in ROTC  were commissioned in the presence of University president Christina Paxson. This year the ceremony also nodded to the Brown University Veterans Alumni Council (BUVAC), founded last year by Joseph Santarlasci ’67, a Vietnam vet, and Larry Eichler, the father of David ’09 and Dan, a Georgetown grad who is now a second lieutenant in the Air Force. Eichler, a Providence attorney, said that once Dan joined the military he realized that vets studying at Brown must face special challenges. “I thought they really should have some mentorship program,” he says. Hence BUVAC, which pairs military students with mentors who are both Brown alums and current or former service members, was born.

Among the mentors at the ceremony was Scott Quigley ’05, who did ROTC while majoring in poli sci at Brown before serving in the Army for seven years, then returning to get two master’s degrees at Harvard and go into private equity in Boston. “I want to be helpful to people who’ve served who want to go to college,” he says. He is mentoring James Fox, 31, a Navy vet who will graduate from Brown next year.

Fox was not at the ceremony but among the mentees in attendance was Davin Lewis ’19, age 32, who served in the Navy 12 years before coming to Brown to concentrate in business, entrepreneurship, and organization (BEO). He’s paying for it via the G.I. bill, a general gift from Brown, and a gift specific to Brown’s Resumed Undergraduate Education (RUE) program. He’s leaning toward going into the business of agriculture after graduation. His BUVAC mentor is David Schopler ’95, who served in both the Peace Corps and the Navy after Brown. “It’s difficult to translate your military skills into something that civilians can understand,” Lewis says, “but I managed 15 people aboard a submarine, and David and the other BUVAC mentors have helped me think about how that applies to the business world.”