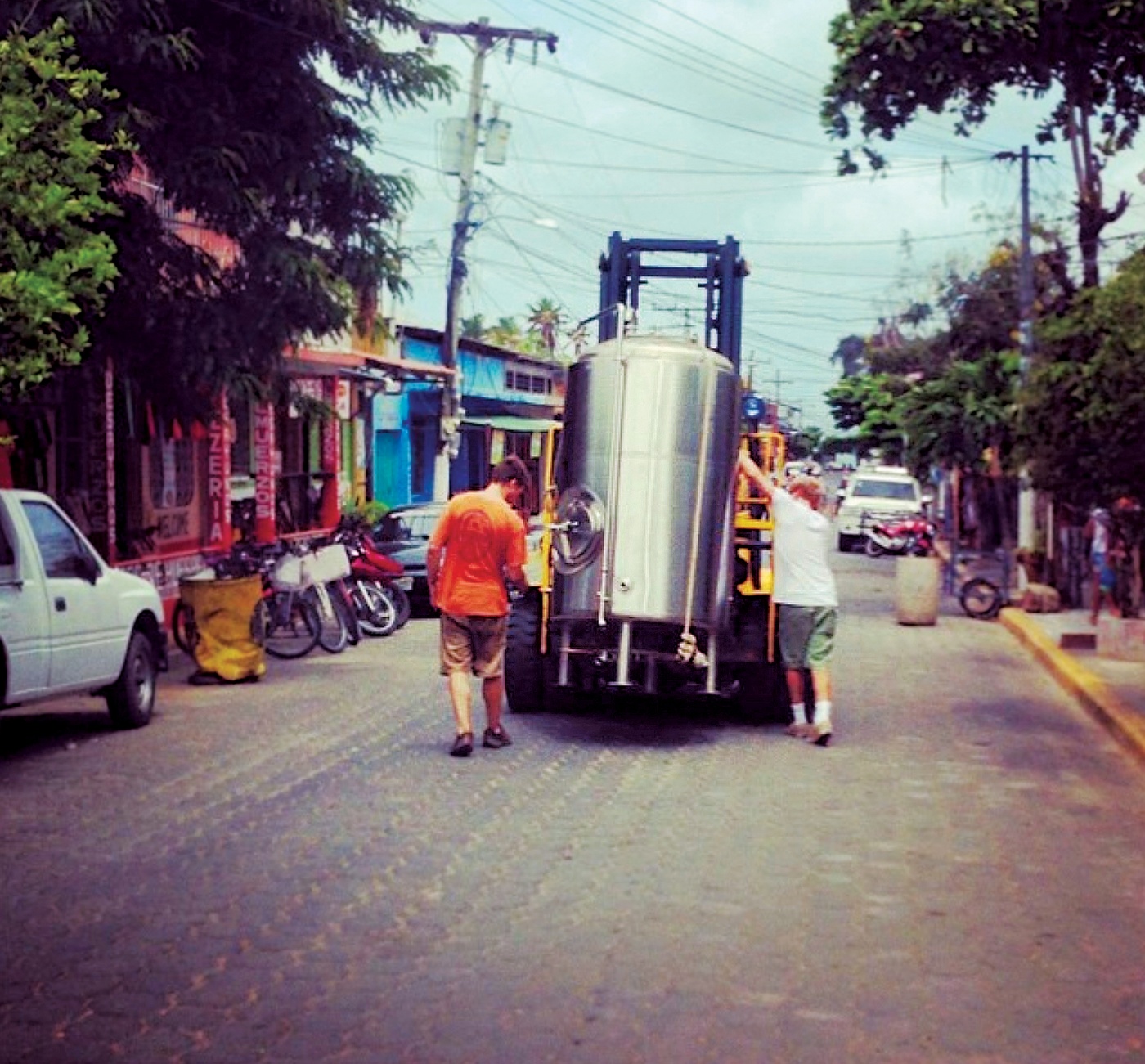 For Matt Greenberg ’11, a post-graduation surfing trip to Central America was supposed to be a way to relax before starting work at a Manhattan insurance firm. But when he and longtime friend Brendan DeBlois couldn’t find any craft beer in Nicaragua, a fast-growing tourist destination, they saw a big business opportunity. “At first we thought a craft brewery here was something we’d do five years down the road,” says Greenberg. “Then I realized that it was now or never if we wanted to be the first.”

Within ten months, they and a third partner raised $325,000 in startup capital from angel investors, quit their jobs, and moved to the beach town of San Juan del Sur, where in late 2014 they opened a brewery and adjoining pub. Now Greenberg is president and cofounder of Nicaragua Craft Beer Co., which makes more than a dozen beers sold throughout the country—from its Popoyo passion fruit ale to a Coco Loco porter brewed with locally grown coffee and coconuts. (DeBlois worked with Cisco Brewers in Nantucket, Massachusetts, where he and Greenberg once had summer jobs, to create some of the recipes.) The company’s Panga Drops pilsner cans are now available in North America, including outlets in Rhode Island, New York, and California (the “Beer Finder” on nicacraftbeer.com has locations). Greenberg expects to be in ten U.S. markets before year’s end.  “We kind of dove in head first,” he says.

Launching an entrepreneurial venture in a foreign nation has had its challenges. For example, the company’s brewing equipment, imported from the U.S., was held up in customs for six months. When it finally arrived, low-hanging power lines prevented a delivery truck from driving down the brewery’s street, so forklifts and drivers had to be hired. “It was trial by fire,” he says, “but we figured it out.”

Recently there’s been political unrest in Nicaragua. But Greenberg, who lives in Nicaragua full-time and describes the people there as “extremely friendly and welcoming,” is hopeful that the turmoil will soon be resolved. The company has no plans to leave Nicaragua, though it’s looking to establish additional breweries in places like Panama and China. “I don’t think I ever saw my life going this way,” says Greenberg, “but I haven’t looked back once.”