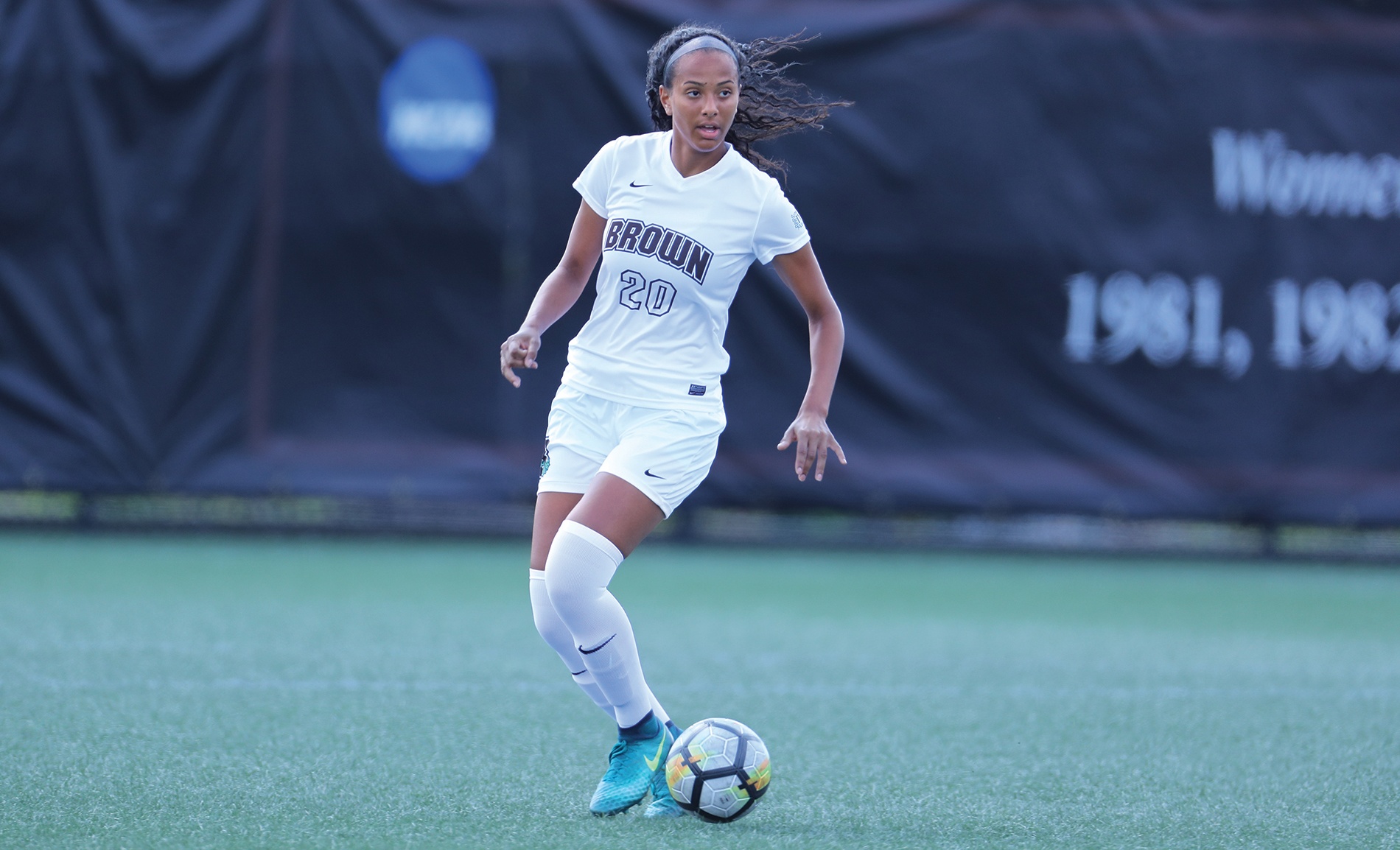 In  April, Guyanese-American sophomore Sydney Cummings ’21 got a pivotal call from Brown women’s soccer head coach Kia McNeil. It led to another call with Guyanese National Team Coach Ivan Joseph, poising her to compete  for Guyana, her dad’s homeland, in the CONCACAF World Cup Qualifiers in May. “It completely changed my life,” Cummings said.

The Second Team All-Ivy performer for the Brown Bears took up soccer at the age of four in New Jersey, following in the footsteps of her older brothers, Sean and Max. After middle school, she joined the New Jersey-based club team FC Copa, falling in love with the center back position.

After a successful soccer career at New Jersey’s St. John Vianney High School, Cummings hit the Brown team as a freshman in the fall of 2017 and played every minute in all 16 games, helping the Bears post their highest win total since 2000.

Then, following that fateful call, Cummings was thrilled to represent Guyana as her father,  Gavin, once had—he played for the Guyanese Men’s Basketball National Team in 1988. She took her last final on May 15, then flew from JFK to Georgetown, Guyana, the first time she’d visited her father’s homeland since 2007. She immediately immersed herself in team meetings and bonding sessions with her new teammates, a mix of players her age and mothers with kids almost as old as her.

“We bonded over our tastes in music and life experiences,” she says. “I felt like I’d known them a long time.”

She played every minute of three games for Guyana, which beat Suriname 6-1 and tied Bermuda 2-2 and Barbados 0-0 but did not qualify for the 2019 World Cup. Cummings says she’s still proud of how they played.

Almost as important was reconnecting with family. “It was like sitting down with old friends. I loved hearing stories about my dad growing up in Guyana,” she says.

Cummings plans to concentrate in English and perhaps go to law school—and continue with soccer. She says she’ll always cherish the experience of playing for Guyana. “If they ever need me in the future, I’d be more than honored to suit up.”

Reader Responses to Taking It Home