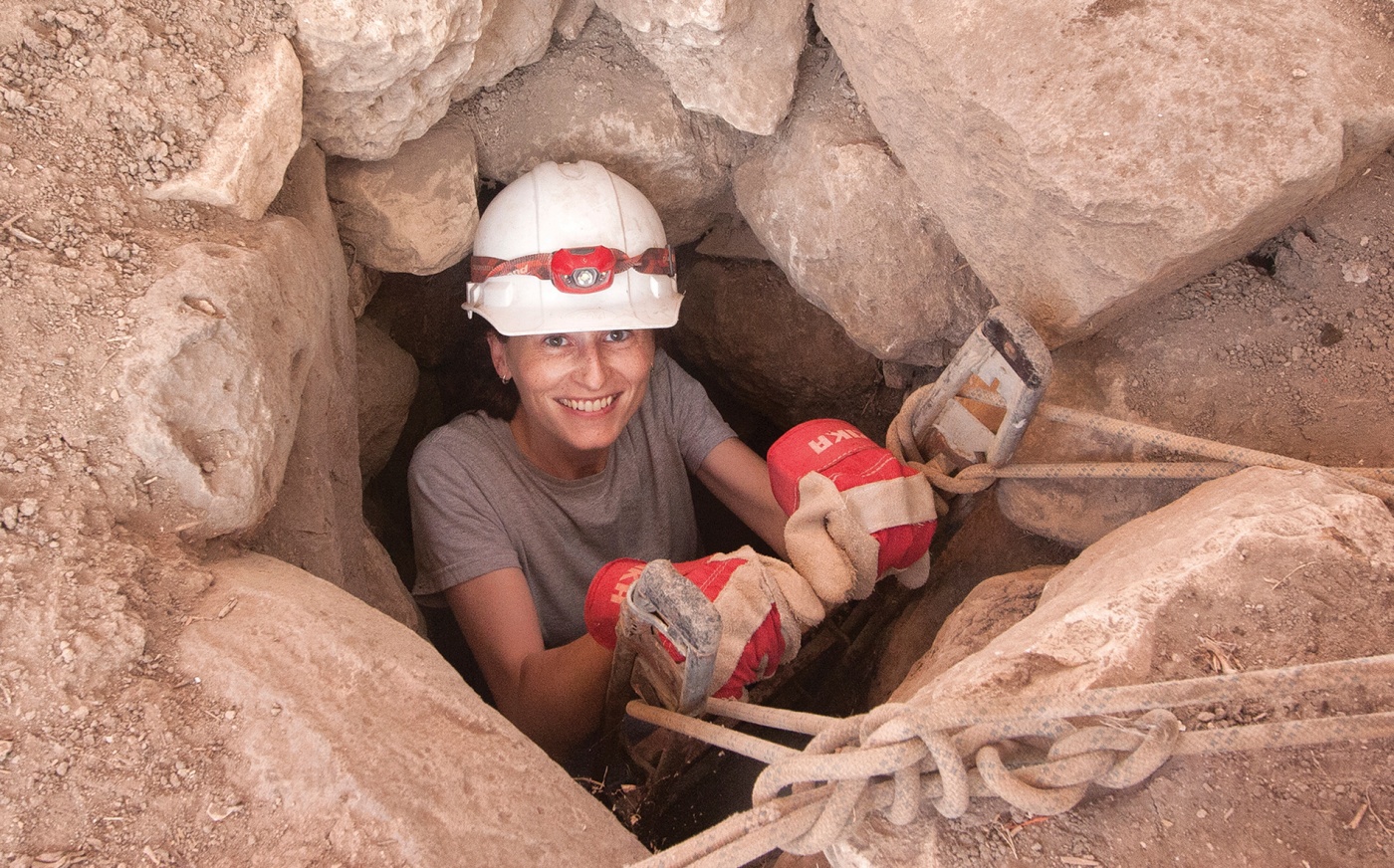 The Chrysler Museum of Art in Norfolk, Virginia, contains one of the country’s largest collections of glass—more than 10,000 objects spanning the material’s 3,000-year history, from ancient Roman drinking vessels to delicate Tiffany lamps. Overseeing it all is Carolyn Swan Needell ’12 PhD, who took over as the museum’s curator of glass in April. “The field is tiny, so basically I hit the jackpot,” she said of her new role.

Swan Needell began focusing on glass by way of archaeology. Her first excavation was in high school, when she took a class with a local archaeologist and helped uncover the remains of a colonial block house near her Maine hometown. She’d long been fascinated by the subject: as a kid, her favorite toy was a dig kit that contained a shard of pottery embedded in a block of dirt.

Swan Needell went on to earn a bachelor’s degree in archaeology from Dartmouth in 2002 and a master’s from University College London in 2004. It was in England, working on her thesis, that she elected to study glass fragments from Petra, Jordan, rather than metalworking debris from Greece. “That decision led me down the rabbit hole,” she said. “I found questions about the history of ancient glass technology to be incredibly fascinating, and my curiosity has been forever engaged.” At Brown, her research centered on glass fragments from the medieval Islamic world—a period when the introduction of new recipes and techniques fundamentally changed glassmaking.

To deepen her understanding, she also enrolled in a glassblowing class at the Rhode Island School of Design and a glass casting course at the Steel Yard in Providence. “You really get to know a material and a craft through close hands-on experience, and no amount of reading can impart that kind of knowledge,” she says. “I certainly did not master the craft, but it gave me an enormous respect for glassblowers across history, especially those in the ancient world who developed and perfected the technique.”

Now, at the Chrysler, Swan Needell is also working with modern and contemporary glass. She recently curated a show about the Ubuhle Women, a South African collective creating intricate works using glass beads. A show next spring will feature emerging glass artists from Oregon. Although her background may be in ancient art, she explains, “my job at the Chrysler is a dream come true because it encompasses all glass. I’m not just in a tiny niche of ancient glass.”

Her favorite piece in the collection is Karen LaMonte’s “Reclining Drapery Impression” (2009)—a glass dress that takes the shape of a female figure, as if worn by an invisible woman. Although it was cast only a decade ago, it recalls monumental stone or terracotta sarcophagi of the Etruscans and Romans. Like Swan Needell’s work, it’s a blend of old and new.

Reader Responses to The Glass Jackpot