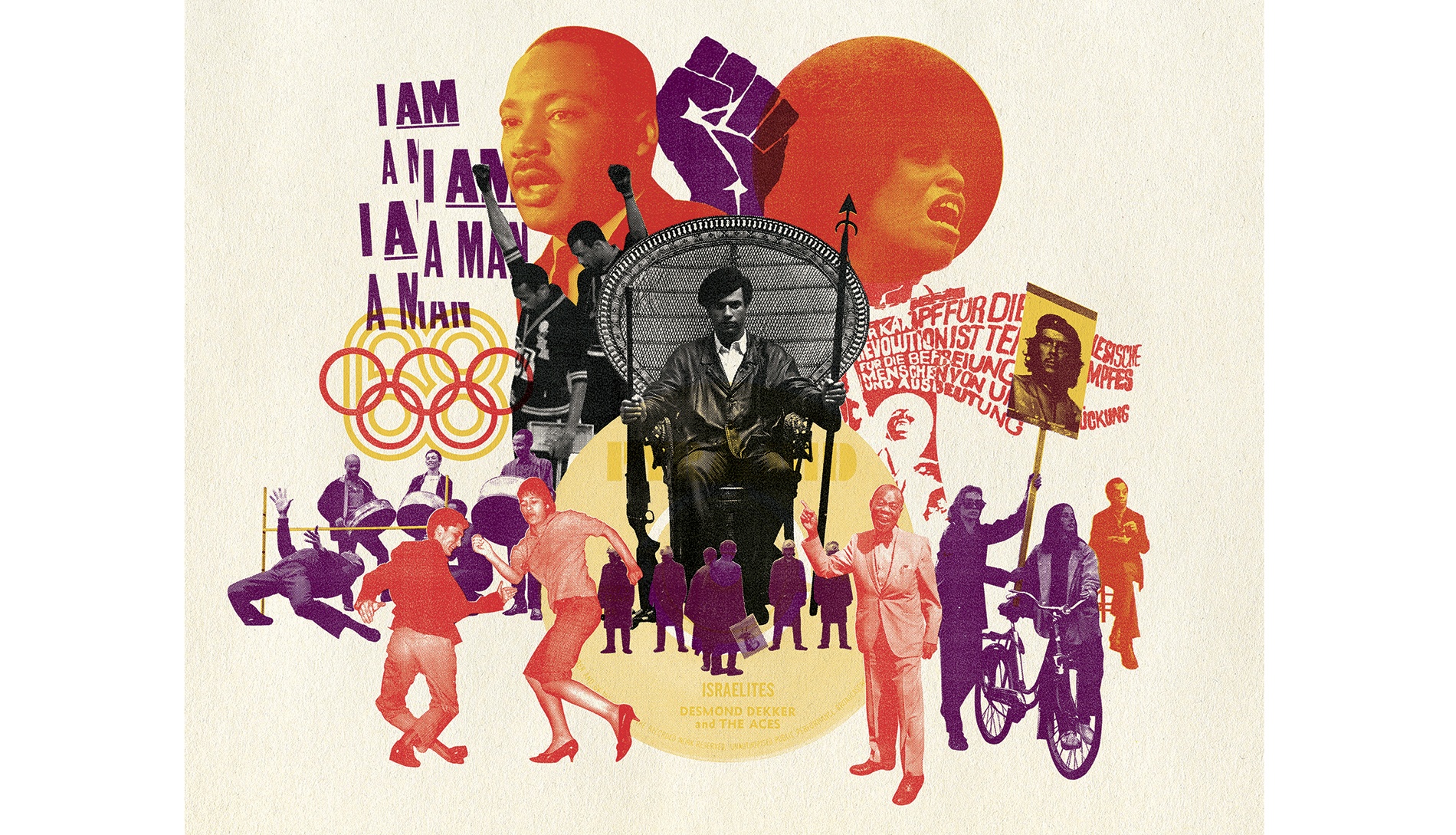 When it comes to sociopolitical activism, few years measure up to 1968. But for Abrielle Moore ’20, the seismic events she’s studying as history ring a loud bell: “It’s kind of like we are going through these things all over again.” Moore, an Economics and Africana Studies double concentrator, points to racism, immigration, and human rights, which were at the root of many protests in 1968—including the Black Student Walkout at Brown—and which continue to be at the heart of activism today. “There are so many parallels between then and now,” she says.

A course this fall called 1968: A Year in Review was part of a year’s worth of activities sponsored by the Africana Studies department and the Watson Institute to recognize the 50-year anniversary of the Walkout, says Brian Meeks, chair of the Africana Studies department, which was created in the wake of that protest. The Black Student Walkout led to the creation of the Rites and Reason Theatre in 1969, and a year later, the formation of what was then called Afro-Am.

A ’68 Sampler
The topics of some guest lectures:

“1968 From the South: The Challenge of Historiography” Vazira Zamindar, associate professor of History.

COMMEMORATING 50 YEARS
Francoise N. Hamlin, associate professor of History and Africana Studies, developed the course. Seeking all the nuances of the monumental year, she emailed colleagues to see if they’d like to play a role, and to her surprise, most of them said yes. “It became 1968 through the eyes of Brown faculty,” she says. “I’m just the ringmaster.”

Most classes featured a guest lecturer. One was history department chair Robert Self, Mary Ann Lippitt Professor of American History. Self’s lecture, “Gendering 1968,” was based on his most recent book, All in the Family, which he describes as being “about how the politics of gender, sex, and family were being reshaped from the ’60s on.”

Meeks’s lecture was on the Black Power revolt in the Caribbean, which kicked off in Jamaica in 1968 before branching out to other countries such as Grenada and Trinidad and Tobago. Several other lectures covered different aspects of the Black Power movement.

Joseph Williams ’19 AM, a graduate student focusing on 20th century U.S. history, says the course helped him to see the connections between Black Power movements across the globe. “Looking at Black Power in the Caribbean and also in the U.S., the course helped me see how they were similar and influenced each other but also how they were different based on geography and the demographics of both areas,” he says. The course also introduced him to movements he wasn’t as familiar with. “We looked at 1968 in Japan and it’s completely out of my focus area but you have war, popular discontent with the government, and students mobilizing—the same themes that were happening in the U.S.”

FROM POLITICS TO ARTS
“My favorite aspect of 1968: A Year in Review is definitely the bringing together of so many different fields of study,” says Meghan Mozea ’19. For example, the artistic director of Rites & Reason Theatre, professor Elmo Terry-Morgan, lectured on the influence of political activism on the Black Arts Movement of the 1960s. “I used the National Black Theatre of Harlem as my core reference because of the late Barbara Ann Teer, who founded the theater in 1968,” Terry-Morgan says.

“Being able to analyze everything from Jamaican independence to [Nigerian musician] Fela Kuti’s music and life to American movies from 1968 is something that rarely happens in other history courses,” Mozea comments. With a dual concentration in history and education, Mozea is intrigued by how concepts of “blackness” and “black liberation” were not isolated to the U.S. “I am also interested in hearing from lecturers who are able to talk about their lived experiences—for instance hearing from the Brown alumni who participated in the Walkout,” she says.

An entire lecture featuring recollections of Brown alumni paid homage to the historic protest. Walkout participant Sheryl Brissett-Chapman ’71 says it’s important for current Brown students to learn about that history because it will teach them about the power of collective enterprise, or working together for one common goal. “Collectivity invites others to come to the table,” she says. That’s a lesson students can apply to their own lives today, she adds.

For Self, the history department chair, the course was quintessentially Brown. “This is a campus where ’68 is not just a distant historical topic to study,” he says. “It is something that is literally in the fabric of the campus itself.”

Reader Responses to Perspectives on 1968