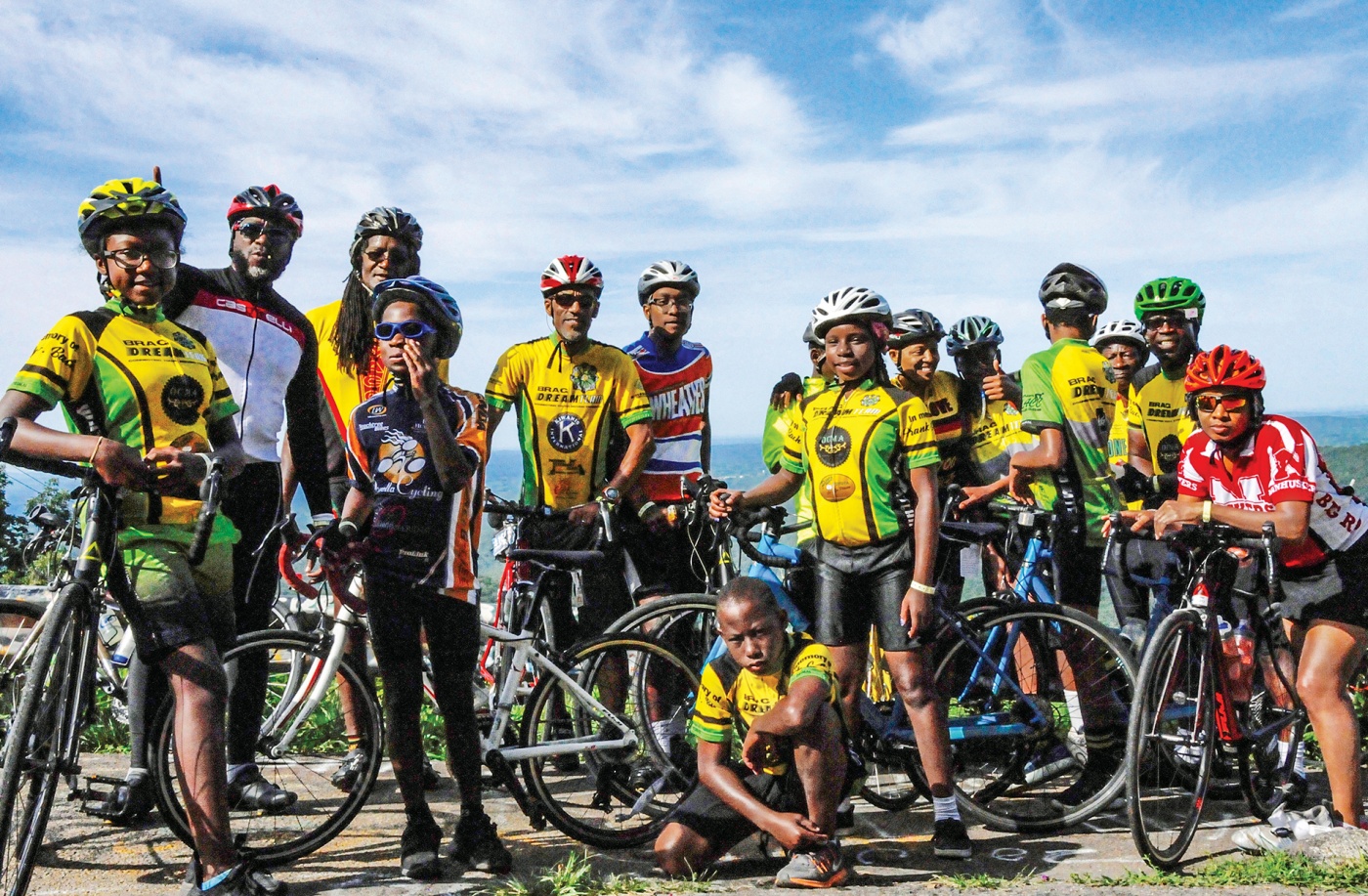 As a boy in Queens, Michael Ward ’82 delivered newspapers. One day, his manager organized a group bike ride to Flushing Meadows Park. “That was the first time I went on a long-distance trip on a bike,” he says. “It was kind of mind-blowing.”

The experience inspired a lifelong devotion to cycling. At Brown, where he concentrated in economics with a minor in urban studies, Ward used his two-wheeler for transportation whenever he could. Junior year, he studied at the University of Lagos in Nigeria. There was no formal exchange program or academic credit, but it was a crucial experience. He made a good friend there, Acha Mbiwan, who “began to treat me like a brother.”

After he returned, Ward was devastated to learn Acha had died in a car accident. Post graduation, he changed his name to Atiba Mbiwan to honor the memory of his friend and took a job as a private-school teacher in Providence. “I would take my students to community-service projects,” he recalls. “After a couple of trips in cars, I asked them, ‘Would you be interested in riding bikes?’ And they said, ‘Yeah!’ So that’s when I started to have this idea about group rides with students.”

Mbiwan moved to Georgia in 1992 and once again worked with youth in the nascent Americorps program. “That took me all over the state,” he says, “and I learned about the Bicycle Ride Across Georgia.” Initially an annual event, BRAG Dream Team runs year-round cycling programs for underprivileged youth across Georgia. Mbiwan asked if he could help out in 1995. “I stepped in, and I haven’t stepped out in 23 years.”

He’s been head coach and coordinator since 2000 and over the years has supported thousands of young riders. When he’s not on his bike, he works at the Zeist Foundation, which funds nonprofits that support children and youth. “My day job is aligned with what I do in my volunteer time,” says Mbiwan, “so I feel fortunate.”

The BRAG Dream Team is celebrating its twenty-fifth anniversary, and Mbiwan is eager to see it grow. “My hope,” he says, “is that we can evolve to the point where we have a staff person and an office, so this program is sustained beyond my leadership and involvement—so the dream lives on.” For more: www.bragdreamteam.org

Reader Responses to Riding the Dream