Service Through Sports
Connecting pro athletes with their communities 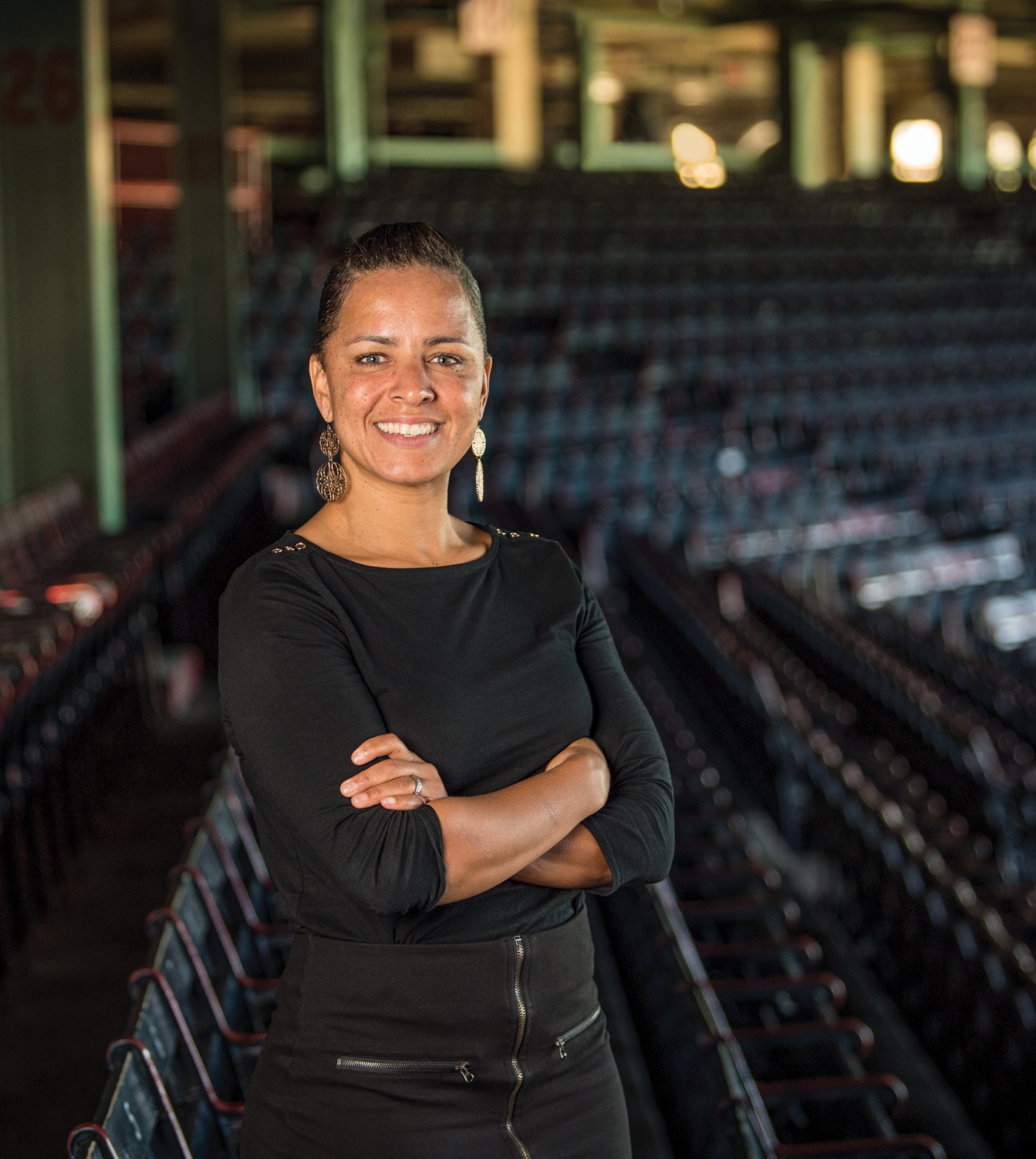 Boston Red Sox Foundation executive director Rebekah Splaine Salwasser ’01 cheers when she watches her team. She cheers even louder when a player goes out of his way to help the community.

“I have tremendous respect for Jackie Bradley Jr., who works with us as part of the Red Sox Scholars program,” she says, citing just one example of player involvement. “He met with middle- and high-school students every Friday during the season before home games to encourage them to prepare for college.

The largest team charity in Major League Baseball, the foundation supports about 2,000 nonprofit and school-based organizations throughout New England and in Lee County, Florida, the club’s spring training home. Salwasser works with its board to disburse funds, while she and her team of 11 full-time employees and thousands of volunteers create and manage events that raised more than $12 million last year.

Before joining the Red Sox in 2018, Salwasser  was the executive director of Scholar Athletes, a Boston-based nonprofit that helps high school students cultivate the discipline, confidence, and social-emotional skills needed to achieve success in school as well as in life. Prior to that, she was community relations director for the Boston Celtics, managing the Celtics’ Shamrock Foundation, where she was especially impressed with the way players Ray Allen and Rajon Rondo interacted with young people.

“At community events, they were really good about making authentic conversations with people,” Salwasser says. “They weren’t shy about going up to shy kids and talking to them.”

As she developed her service career, she kept one foot on the field, playing professional soccer with the Boston Breakers (2003) and the New England Aztec (2007-10). In fact, soccer was one of the main reasons she went to Brown. A player since she was four years old, Salwasser “knew the Ivy League was one of the best leagues in the country for soccer,” she says. “Brown also introduced me to the idea of community service and giving back. I fondly remember volunteering in the Providence schools. Kids loved it, and I loved the idea of being a mentor and role model.”

She still gets her kicks playing in a Sunday morning indoor soccer league. “It’s my getaway time,” she says, “to reconnect with my first love.”

Reader Responses to Service Through Sports