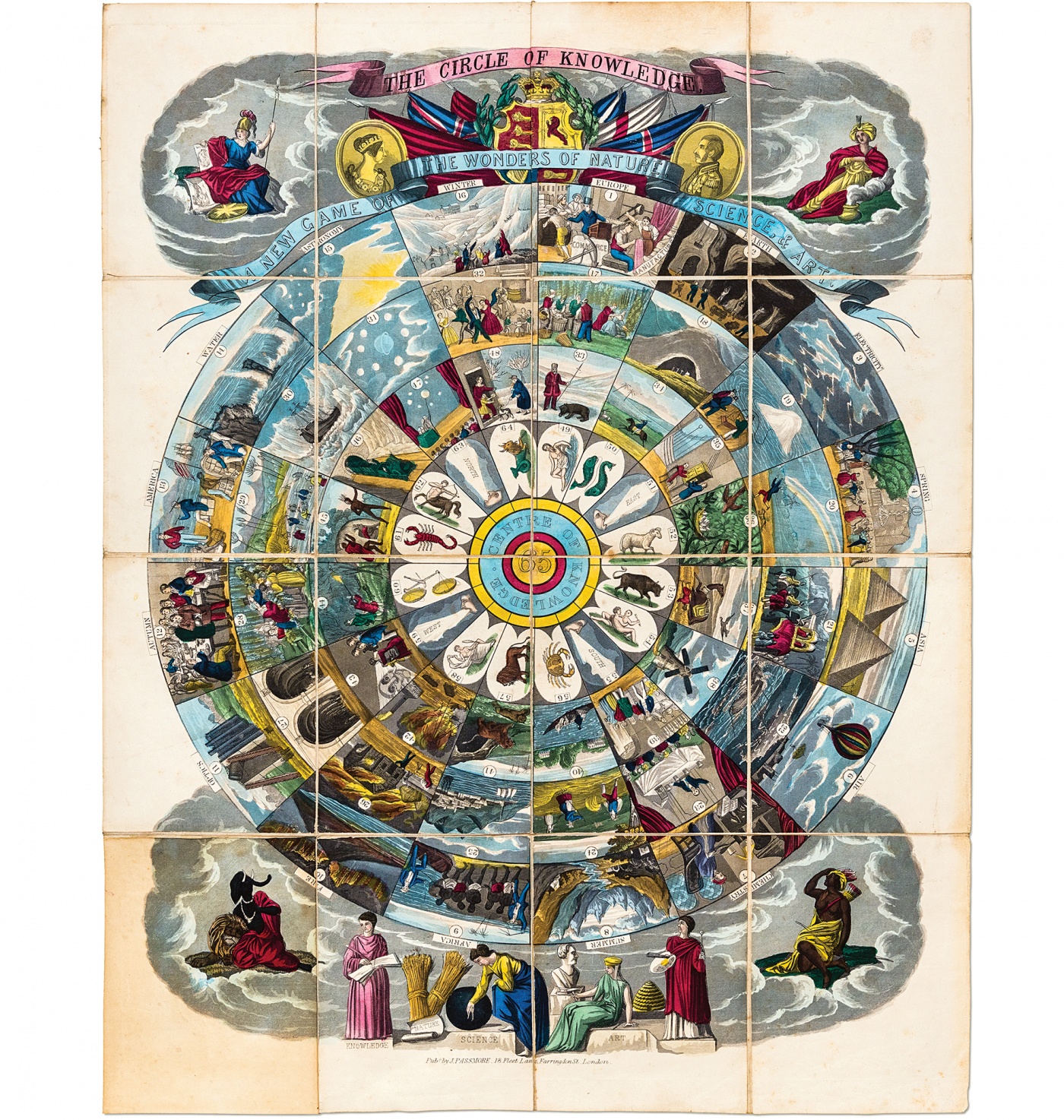 Doug Liman ’88 was in elementary school when he discovered a vintage board game at a yard sale and bought it for “a few bucks,” he remembers. “I never bought another game,” admits the film director and producer (The Bourne Identity), though he’s still an antiques enthusiast. “But my parents took on hunting games with a passion. They would traipse through muddy flea markets at dawn looking for games to complete their collection—which eventually became the largest Victorian board game collection in the country.”

Ellen Liman ’57, a painter and art gallery owner, says her artistic background drove her interest. “These games are little works of art, each one of them, each little square,” she says. Her late husband Arthur Liman, a history buff, was fascinated by them as artifacts, providing a glimpse into the “emerging middle class at play” in England, as he wrote in a foreword to a book about the collection.

Ellen Liman recently donated the 23 Georgian and Victorian table games to Brown, and they are on display at the John Hay Library from May 21 through October 11. “My husband was my soulmate as we went forward in our collecting adventures,” she says. They acquired the games both in the U.S. and internationally, some at antiques stores or auction houses, many at flea markets and yard sales. “We were always the earliest in the morning to arrive,” she remembers, “often in the dark, with flashlights in hand, to beat out any competition.”

Some of the games are amusing, others educational, requiring knowledge of history, math, or science. “I’m not sure that Brown students would be smart enough to play the games in this exhibit,” she laughs.

For the exhibition, Doug Liman has loaned the University part of his collection of 19th and 20th century French board games, a portion of his parents’ collection they gave him long ago. The French games are “almost the precursors of film,” his mother  says. “You can put an electric light behind them. Some of them are like shadow games; they come to life. They’re very cleverly designed, quite tech-y for the turn of the century.”