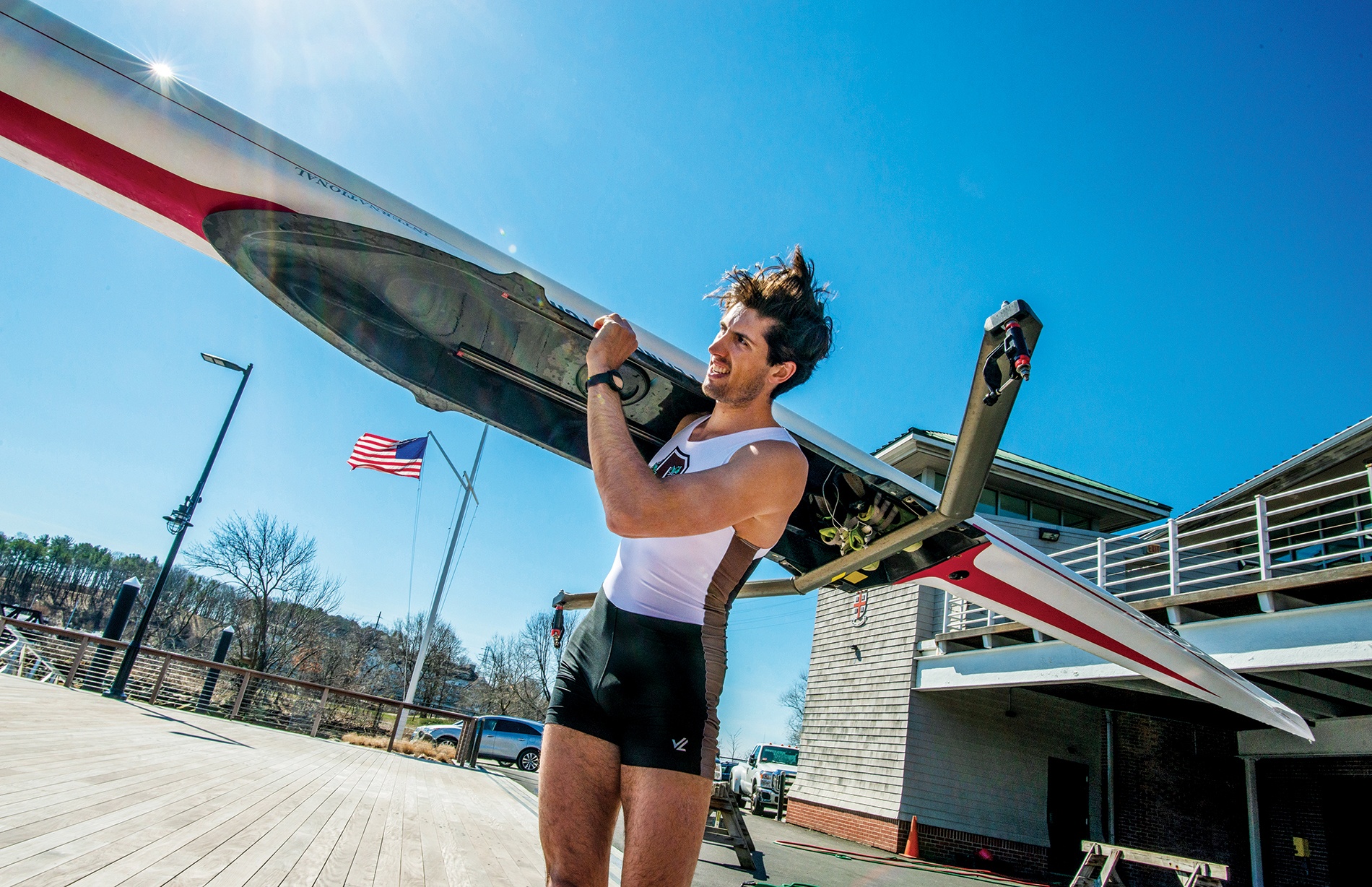 On a quiet February afternoon, Alex Miklasevich ’19 broke a record older than he is. There was no celebration, no parade. It wasn’t featured on ESPN the next morning. It was just another day of work for the soft-spoken senior affectionately known as “Savage” to his teammates, in which he quietly broke Brown’s 5,000-meter ergometer record, set by Porter Collins ’97.

On a race day, performance is influenced by a variety of factors: the weather, water conditions, teammates’ performances, even equipment issues. But in the boathouse, it is each man against himself. The erg—aka indoor rowing machine—is a brutal, unforgiving mistress: a source of pain, joy, pride, and more pain. It is a benchmark to measure yourself against—a way to compete with teammates, and most importantly yourself. Races are won and lost during the hours spent training on the erg. And the erg don’t lie.

Miklasevich is one of two team captains and rows on a men’s eight that ranked #4 in U.S. Rowing’s Collegiate Preseason Poll. He has competed on the varsity team since his freshman year and is the only four-year oarsman in Brown history to row every race throughout his career with the varsity boat. In the fall, the Bears finished second in the Men’s Collegiate Championship Eights at the Head of the Charles, narrowly losing to the defending national champion, Yale. The four, meanwhile, won gold, making the Bears team one of the most competitive overall in recent memory.

Smashing that erg record was no small feat for the giant Miklasevich. It had stood for 22 years, even as improvements in training, nutrition, fitness, and technique have led to dropping times throughout the rowing world. And for the past four years it has served as a personal target for Miklasevich, who longed to surpass what had become a legendary record.

Breaking the boathouse erg record is not the only way he hopes to follow in Collins’s footsteps. Collins represented the United States at the 1996 and 2000 Olympics, finishing fifth in men’s eights both times. Miklasevich will move to Oakland, California, this summer to row with the senior national team in hopes of competing in the 2020 Olympics in Tokyo. It wouldn’t be his first time representing his country; this summer he earned a gold medal at the Under 23 World Championships in coxed fours in Poznan, Poland.

I am drawn to reading articles about rowing, and particularly the erg, because of my brother and sister-in-law, who are both lifelong competitive and accomplished medal winners whom I greatly admire. So, of course, I read the piece in the May/June BAM (“Erg Don’t Lie,” Under the Elms). I cringed, however, when I reached the sentence, “The erg—aka indoor rowing machine—is a brutal, unforgiving mistress: a source of pain, joy, pride, and more pain.” I am curious to know what the BAM means [by] “unforgiving mistress.” Were you simply trying to wax poetic?