Sober Spring Break
Fun and connection for an "invisible minority" 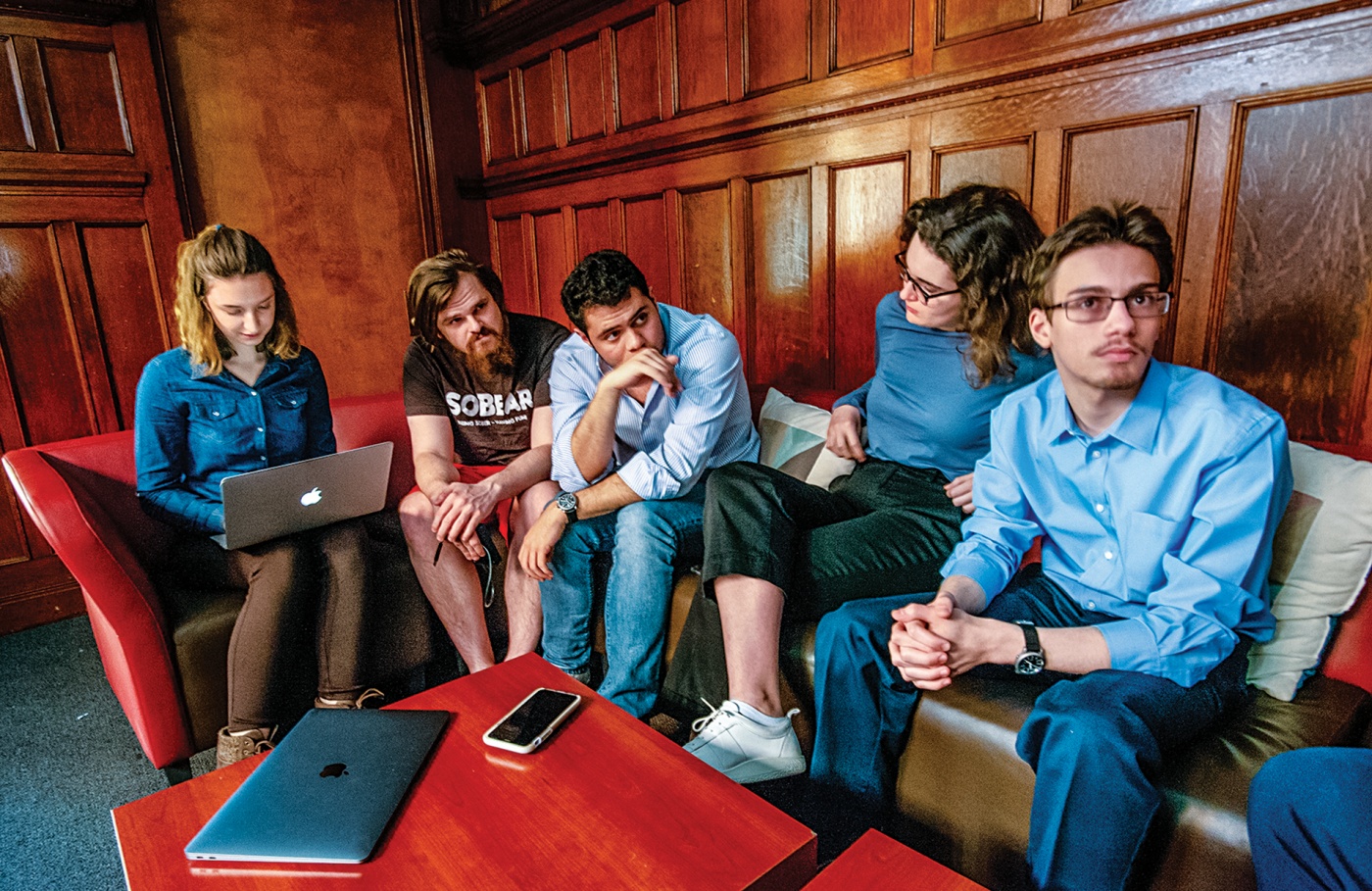 So many people showed up for the first event Alexandre “AJ” Davis ’20 planned—a scavenger hunt—that “I panicked,” he says.  We had to stall so we could run to CVS and buy more crap to hide.”

A former lacrosse player sidelined by a spinal injury in high school, Davis (above, center) arrived on campus substance-free. “I was fairly worried,” he remembers. “I knew Brown wasn’t a party school, but it’s rigorous and I thought maybe kids let loose.”

It didn’t take many parties before he realized he needed better social outlets. He founded the SoBear Activities Club with like-minded friends; they were cannily first in line for grants when departmental money came through that July and planned free events for every weekend of the next semester—key to Davis’s vision of “becoming part of the culture.”

A recent study showed 19 percent of Brown students are sober, says Dean for Recovery and Substance-Free Initiatives Shannon O’Neill. They make up “a largely invisible minority on a majority use campus,” she says. “AJ has worked hard to make them part of the social fabric.” This spring weekend, 75 students tackled ropes courses and hiking on SoBears’ camping trip, free and open to everyone—“including people who drink,” Davis says. “Our only rule is, don’t come intoxicated or drink at an event.” The club may export chapters to Tufts and UNC Chapel Hill next year, and its board is dreaming up new ventures. Whatever’s in store, he says, “We have tried to establish a community where it’s ok to be different.”

The SOBEARS organization is a great idea. May it make being sober at least as honored as the alternative! (“Sober Spring Break,” Under the Elms, May/June 2019).