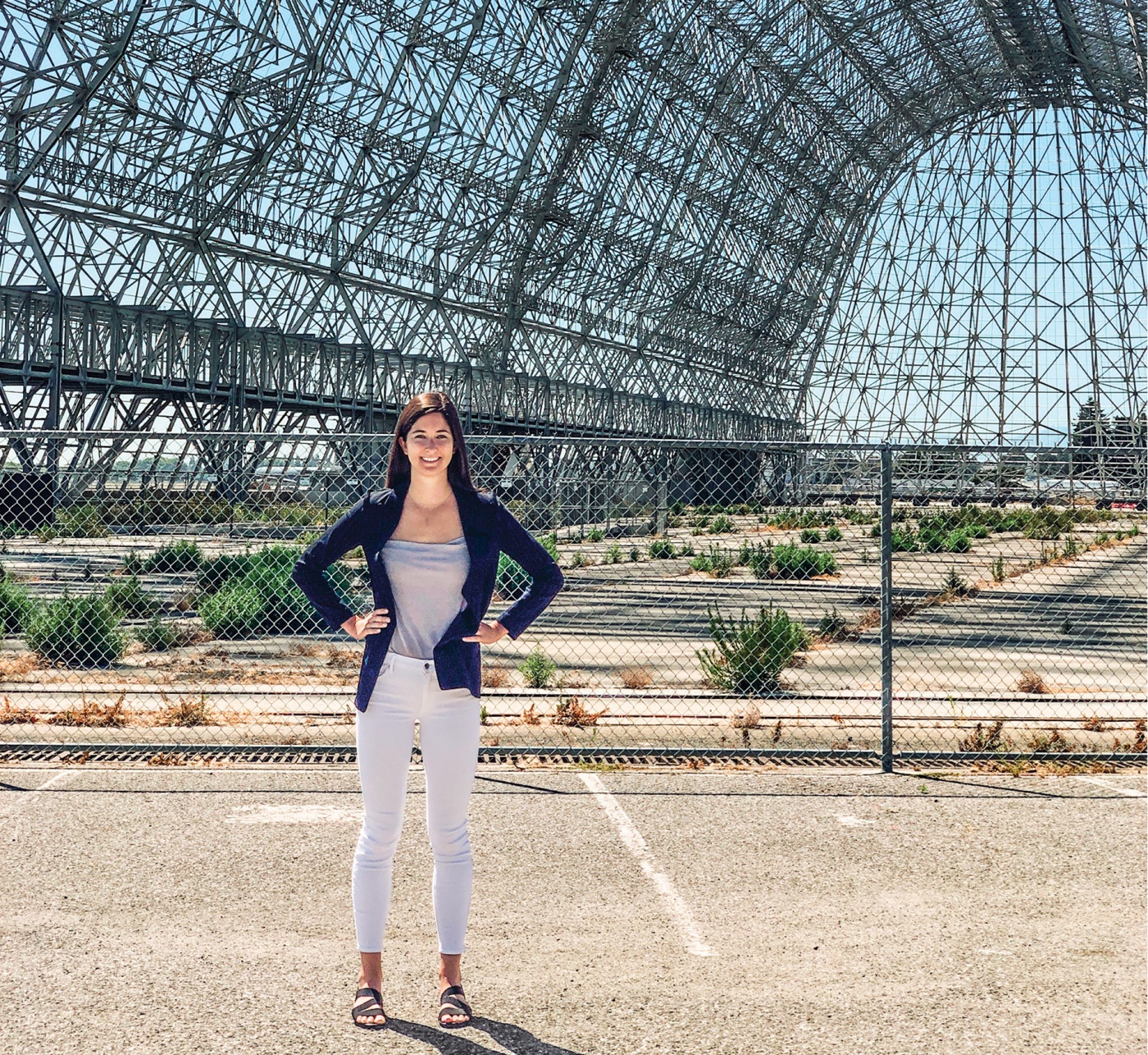 On the 50th anniversary of the Apollo 11 moon landing, we spoke to Ariel Deutsch ’17 ScM, a PhD student in the Department of Earth, Environmental, and Planetary Sciences and a NASA graduate fellow. Deutsch’s research for NASA is guided by Brown professor Jim Head, who helped to train the Apollo 11 astronauts in lunar geology, choose landing sites, and analyze the rock samples returned from the Moon’s surface. Deutsch discussed the Apollo program’s legacy, the continued importance of lunar exploration, and what she describes as a “new era of space exploration” involving commercial partners.

The moonwalk was before you were born. What does it mean to you?
The Apollo program is the embodiment of true exploration—going where no one’s been before. It is this discovery aspect that drew me to planetary science. In fact, it was the return of the Apollo lunar samples that enabled Alberto Saal, a professor in our department, to discover that water had been trapped in volcanic glass on the Moon. The discovery of water on the Moon has helped fuel my own Ph.D. research—understanding the sources, nature, and current state of water that is cold-trapped at the Moon’s poles. I’m interested in the scientific questions related to water, such as how and when did water travel to the Moon, and what does that mean for the origin of water and life on Earth? I’m also interested in the exploration aspects of water, such as how much is there and can we use it as a future resource to sustain the presence of humans? This synergy between science and exploration is what was done so well in the Apollo program and what I aim to accomplish with my own career.

How did Apollo change our understanding of the Moon?
Before Apollo, we didn’t really know much about the Moon. What is it made of? Would astronauts sink when they landed? How did it form? How has it changed through time? These are fundamental questions that we’ve now been able to tackle.

China just landed on the lunar far side. India just launched a lander. And NASA plans to put people back on the Moon by 2024. Why the continued interest?
The more you explore, the more you discover. But not only that—exploration leads us to ask new and better questions. Fifty years ago, we were asking very fundamental questions about the Moon, such as, “Has the history of the Moon been shaped by volcanism?” Today, due to the continued exploration of the Moon over the past 50 years, we are conducting more detailed investigations into how volcanism has delivered water to the Moon’s surface, how it has affected the evolution of a lunar atmosphere, and how it can lead to habitable conditions on Earth and other planetary bodies. It’s important to keep studying the Moon so that we continue with transformational science about the formation of our Solar System and the origin of life.

Why send people as opposed to robots?
When humans first stepped on the Moon, the response from the world was powerful. It was emotional and inspiring and unifying. I didn’t experience it. Half of the world has not lived through human boots on another planetary body. In my opinion, space exploration is the epitome of how beautifully human curiosity and teamwork can drive innovation. Robots can perform a suite of impressive and detailed scientific experiments. Human exploration is about problem-solving our way to the unknown.

How do you see companies like SpaceX changing the game?
The explosion of commercial space is enabling a new era of space exploration that is increasing accessibility by increasing the frequency of launches and by lowering costs. Working with these groups has opened up doors for me to help design compelling science questions for upcoming missions, benefiting me, and also to help analyze landing sites for these groups, benefiting the commercial entities. The synergy between NASA, academia, and the commercial companies is only changing space exploration for the better. The renewed interest in lunar exploration and support from commercial partners will surely enable a continued human presence on the Moon as we look forward to Mars and beyond.