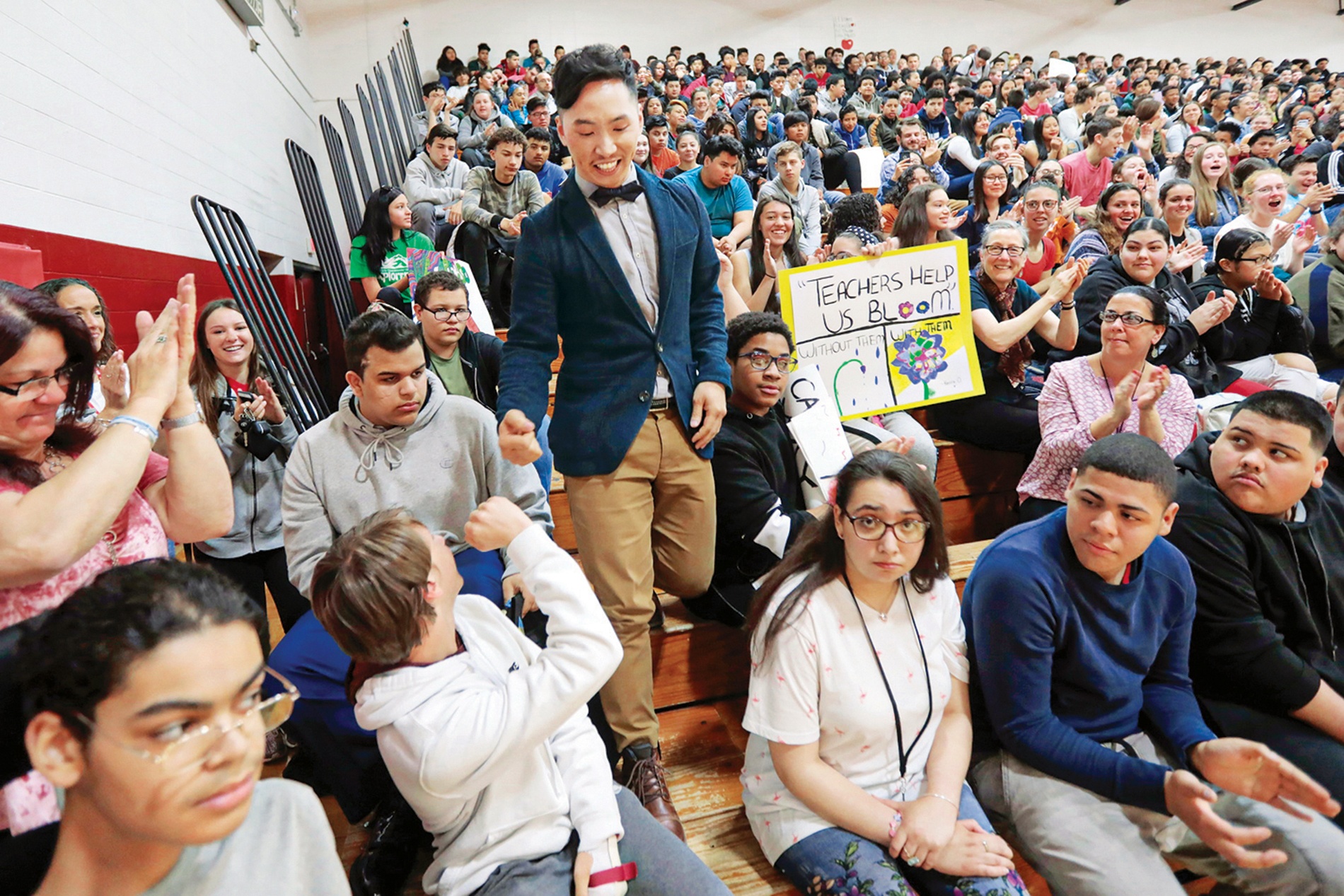 Takeru Nagayoshi ’14 had a hunch that Brown would attract people committed to social change, and it paid off. His years here “taught me to lean in to our social responsibility as people,” he says.

It’s a lesson he’s made concrete. A high school teacher in New Bedford’s public schools, Nagayoshi was named Massachusetts Teacher of the Year for 2020, the state’s highest award for teaching. He says he’s particularly pleased to be recognized coming from an urban, diverse district such as New Bedford.

As a gay Asian-American teacher, Nagayoshi gives considerable thought to diversity within the educational system. He believes his decision to be open about his sexual orientation has helped his students, including the straight males. “Seeing a person who does not fit masculine stereotypes can be very liberating,” he observes.

Born in New Jersey to Japanese immigrant parents, Nagayoshi returned to Japan from fourth to eighth grade. “I was not academically successful there,” he recalls. “The Japanese system values conformity and used a very lecture-based format. It wasn’t until I came back to America and encountered some gifted teachers that I came into my own.”

He began his career in education through the Teach for America program. His experiences in the classroom kindled a deep love for teaching: “I know I’m a lifer,” he says. Nagayoshi teaches AP English and  while there’s a required curriculum, he still has a lot of autonomy. “It’s about taking an idea, making it relevant to kids, figuring out how to assess them, and how to intervene if necessary ... it really flexes your mental [muscles] and your creativity.”

Reader Responses to Teacher of the Year