Fixed It.
A better deal for Brown vets 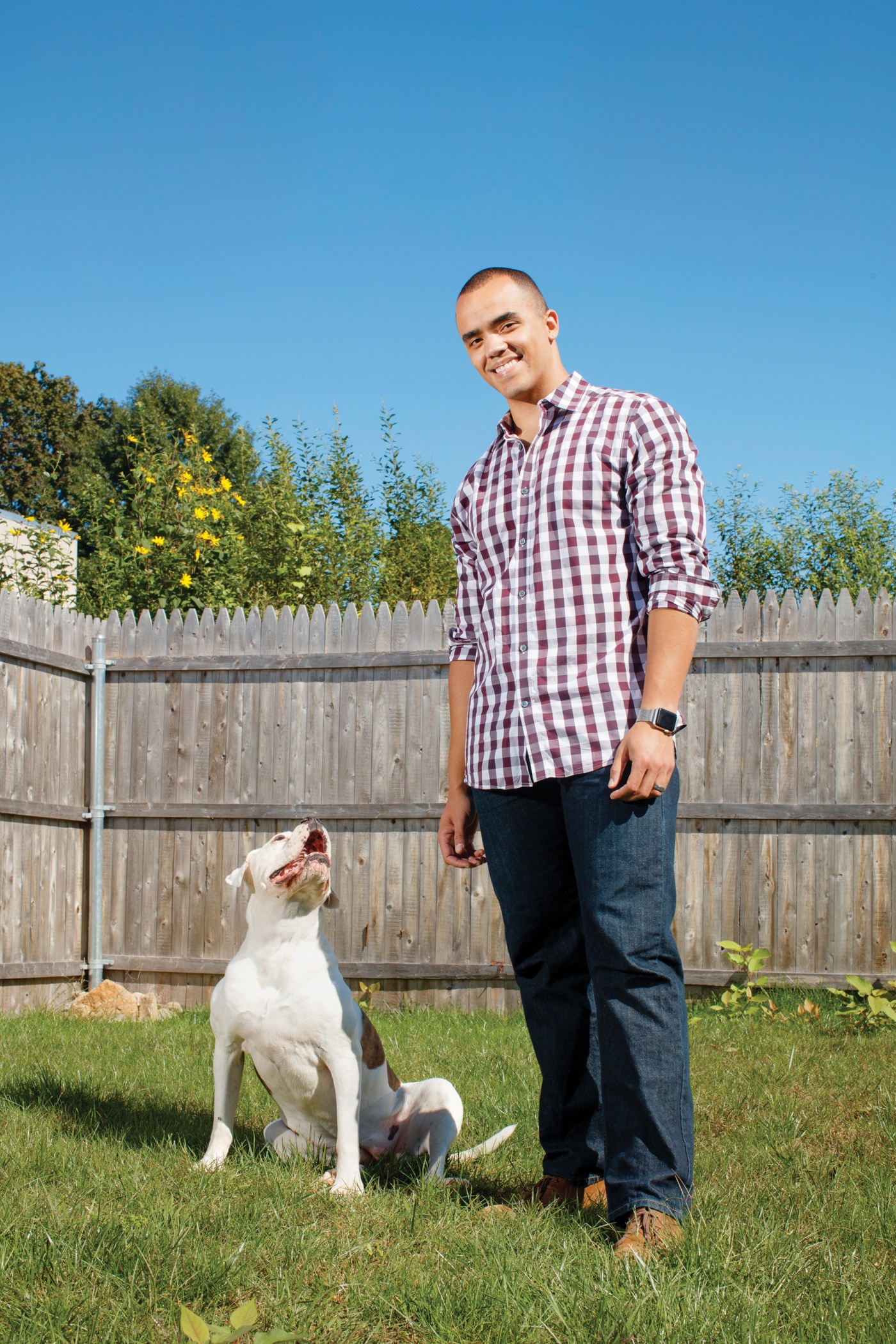 Be careful, they don’t take to your kind very well,” fellow Marines said to Michael Muir ’20 when he told them he was going to Brown. He didn’t believe it—he’d heard Brown was getting more veteran friendly. Then came the day before Veteran’s Day 2016, when students pulled up and damaged American flags that had been planted around the College Green in advance of the celebration. Some witnesses reported that the vandals thought the flags were celebrating the election of President Donald Trump, who had been elected two days earlier. But regardless of the motivation, it felt like a slap in the face to veterans at Brown.

Muir, who had grown up “extremely poor” and often homeless in Kenosha, Wis., had already been feeling frustrated with the fact that many student veterans had huge out-of-pocket costs at Brown, despite the GI Bill. Brown’s need-blind admissions policy did not apply to  most vets, who are considered transfer students. The Veteran’s Day “debacle,” he says, was “very eye-opening”—and motivating. Muir saw himself as having a few different paths: “I could one, continue and not do anything, grin and bear it,” he says. “I could leave the University. Or, I could do what the Marine in me wanted, which was to say, ‘I’m not going anywhere, I’m going to fix this.’”

He started doing a little digging, and found “I wasn’t the first to voice these concerns.” But time and time again, Muir said, veterans’ concerns had been “brushed under the rug.”

Not on his watch. Muir started gathering information and seeking advice from other Brown vets such as Kimberly Millette, program director for the University’s Office of Military-Affiliated Students, and Bernard Gluckstern ’91 AM, a fellow Marine. Then he produced a proposal entitled From Rhetoric to Action: Reaffirming Brown’s Commitment to Undergraduate Student Veterans.

“It was data driven—there were charts, it compared veteran growth between us and the other Ivies, and whether they offer financial aid other than the GI bill,” says Millette. Among other things, the report showed Brown trailing at the bottom of the Ivies in the percentage growth rate in the enrollment of veteran students.

Muir says he used every argument, from financial to moral, for increased support for veterans and then invited others to find errors in his logic. “You couldn’t poke holes in it,” he concluded. For that, he credits his study of philosophy. Second semester junior year, he says, “I wanted to make sure I’d taken advantage of the Open Curriculum,” so he shopped a philosophy course and fell in love. “The course changed my life, not just the way that I think about things but also in terms of ways to structure arguments.”

In April 2019, he sent the proposal to the president and provost. Only six months later, on Veteran’s Day 2019, President Christina H. Paxson announced a new University veterans initiative aiming to double the number of undergraduate veterans over the next five years and overhauling admissions and financial aid. “It’ll make Brown more competitive amongst the other Ivies,” Millette says.

The change on campus was immediate. “All student veterans have already had their expected family contribution zeroed out,” says Muir. “People are getting refunds. It’s life changing for some people.” He adds, “There was this idea that this had to be some sort of win-lose situation. It feels nice when everybody wins.”

Reader Responses to Fixed It.

Nice article on Michael Muir ’20. I am sure you will hear about this from many people, there is no such thing as a “former” Marine.  (“Fixed It,” Under the Elms, January/February ’20).