Bye, Felicia
Suzanne Whang found the humor in everything, even if it killed her 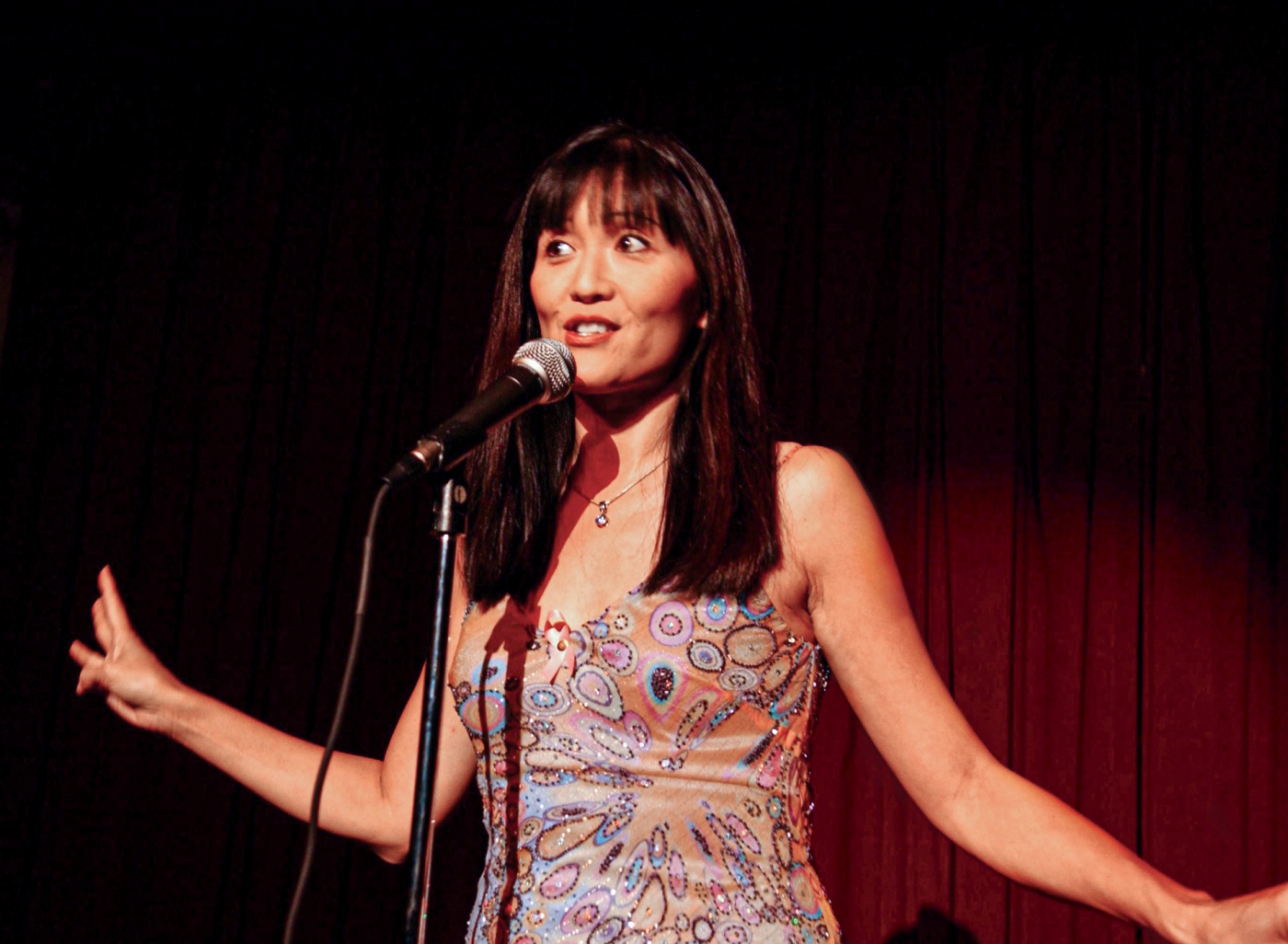 On September 17, the world became considerably unfunnier. And yet, when comedic entertainer Suzanne Whang ’86 ScM succumbed to a 13-year battle with breast cancer, it surprised exactly no one that she would somehow have the last laugh and leave us all smiling.
Mostly, that was thanks to “Felicia,” the name Suzanne gave to the large tumor on her sternum that ultimately claimed her life at age 56. She dubbed it Felicia, of course, so that she might one day—even in the face of a dire Stage 4 prognosis—be able to say to it, “Bye, Felicia.”
Whang, who earned a master’s in cognitive psychology at Brown and worked in public health for two years before a stint as an extra launched her performing career, found out she had cancer in 2006. In 2011, her doctors told her she had six months to live. She beat those odds, living cancer-free until 2018, when the illness returned with a vengeance.
The self-described “actor, TV host, comic, writer, keynote speaker, cancer thriver, author, activist” fought back on social media, sharing her thoughts and emotions about life with cancer and talking about how she was making cancer her bitch. Whang’s pluck and candor during her final months endeared her to her many fans.
It was in February of last year that she posted an Instagram photo of herself and Felicia—a grapefruit-sized mound centered just under her collarbones—on which she had affixed two googly eyes, fake eyelashes, and fulsome, bright red lips. Spirited to the very end, she even found humor in the tumor.
Whang embodied the modern-day comedic entertainer: courageous, insightful, and witty, someone who could, at once, celebrate the commonplace joys of life, like love and friendship, and force people to reckon with uncomfortable truths.
Throughout her career, Whang was an audacious life force, completely unconstrained by boundaries. As a staple of her improv comedy routines, she invented Sung Hee Park, a Korean immigrant who was a bundle of all the stereotypes Whang detested. The character’s socially awkward, bumbling attempts to make it as a stand-up comedian in America made her a relatable outcast—and through her, Whang radically dissected issues of race, culture, gender, and politics.
Whang’s versatility as an entertainer opened the door to opportunities far outside of comedy clubs. First appearing as co-host of TV’s Censored Bloopers with Dick Clark, she enjoyed a steady run of appearances on notable television shows and in films. The characters she inhabited were all offbeat and memorable, like the loathsome wedding planner from hell Carol Cheng on General Hospital. Or the inadvertently crude manicurist Polly Nguyen on Las Vegas, whose observations on sexual acts and anatomy kept audiences howling. Or the Asian prison gang leader—hysterically named Olive Garden—in a season of Arrested Development. And, more recently, maid and wannabe actress Divina Sung Hee on the Here TV series From Here on OUT.
It was Whang’s long run as the warm, genial host of the popular Home & Garden Television (HGTV) series House Hunters—and its highly-rated spinoff, House Hunters International—that made her, well, a household name. For nine years, she narrated the journeys of families looking for new homes and in doing so built a devoted and robust viewership for the hit shows.
At a Pembroke Center Commencement forum in 2013 featuring a panel of Brown women in comedy, Whang—in her signature acerbic but light-touch manner—took aim at stereotypes. Noting the sexism that pervades the business, she gleefully observed that she was “a female Asian comedian with no boobs” who everyone thought shouldn’t be in comedy.
But the way that Whang broke through barriers was less about a crusade to diversify comedy than it was about being truly authentic—comfortable in her own skin, naturally funny, and able to thrive amid irony and a life-altering health setback. And helping others do the same. As her partner Jeff Vezain posted on her Facebook page, two days after her death, “Her audacious sense of humor blessed many, shocked a few, but allowed us to laugh in the face of adversity.”