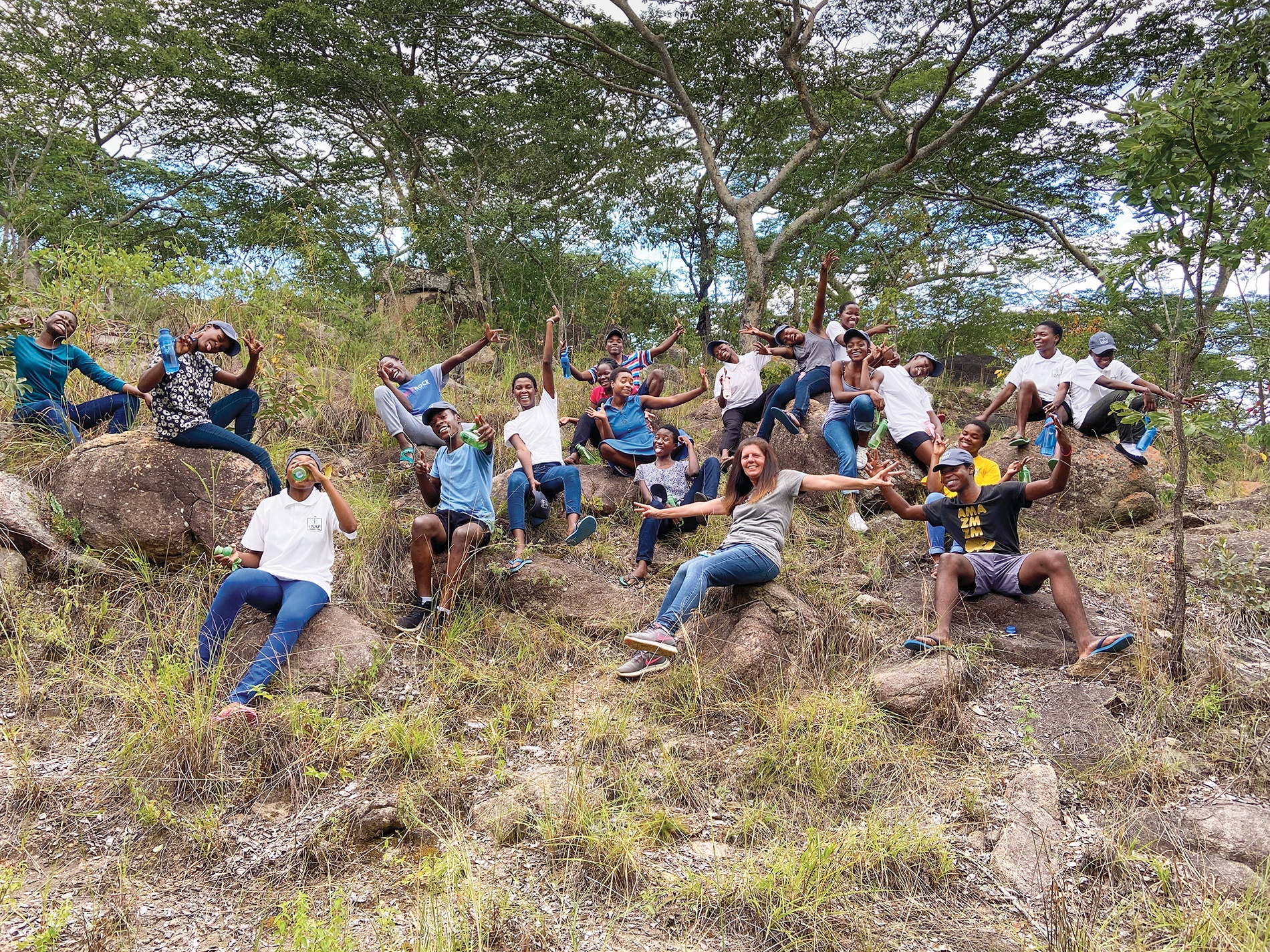 Helping low-income students get into selective colleges and universities is a challenging task—especially when many of them have grown up in rural areas of Africa that don’t even have electricity. But Rebecca Zeigler Mano ’87 has been doing it for more than 20 years. In 1999, while working as an educational advisor at the U.S. Embassy in Zimbabwe, she established the United Student Achievers Program (USAP), a nonprofit that has since placed more than 400 students in American schools.

Mano credits Brown with starting her on the path to USAP. Anani Dzidzienyo, currently an associate professor of Africana Studies, was an important mentor. “He was my [anthropology] thesis advisor and that was instrumental,” she says, “because I was able to go deeply into my topic, which was the cultural context of education in Kenya.” Anthropology professor Lina Fruzzetti and education professor Ted Sizer were also significant influences, as was her participation in Students Against Apartheid. “It came together for me,” says Mano, “that the population I wanted to work with were very bright, very determined students who, for whatever reason, did not have access to quality education.”

Three years after graduating, Mano went to Zimbabwe to serve as a volunteer teacher in a rural area. She came back to the States to earn a master’s degree in International Development Education at Stanford, where she met her husband, before returning to Zimbabwe. Mano left her embassy position in January 2016 and founded Education Matters Africa, which includes USAP and other programs devoted to helping students access educational opportunities and gain professional experience. “That’s when we became much more intensive,” she explains. “We started to visit every child in their home and got to know their families, with a staff of [local] people who had studied abroad and come back, so they were great role models.”

In January, Mano took another big step, opening the USAP Community School near Harare for 45 high-achieving 11th- and 12th-grade students. When Zimbabwe’s government ordered schools to close in late March due to the coronavirus pandemic, students were sent home with their Kindle Fire tablets from school loaded with textbooks and two months’ worth of assignments (and for those in rural areas, solar chargers for their tablets). Communication via WhatsApp allows them to “keep learning and studying and interacting with our faculty despite the fact that they do not have any access to the Internet,” Mano says.

When schools are allowed to reopen, Mano looks forward to welcoming the students back. “It’s a blessing that Zimbabwe values education so highly,” she says. “Parents will sell their last cow to put their child in a better school.” Mano is encouraged by the Community School’s progress so far and says her goal is to inspire similar efforts around the world: “What we’re trying to develop is a unique model of what a transformative education looks like for low-income students from developing countries.”

I am a testimony to what Rebecca Mano and Education Matters Africa are doing in Zimbabwe through United Student Achievers Program. God bless their work. (“College Prep,” Beyond the Gates, June-August ’20).