The Feedback Loop
How our inventions have changed our culture 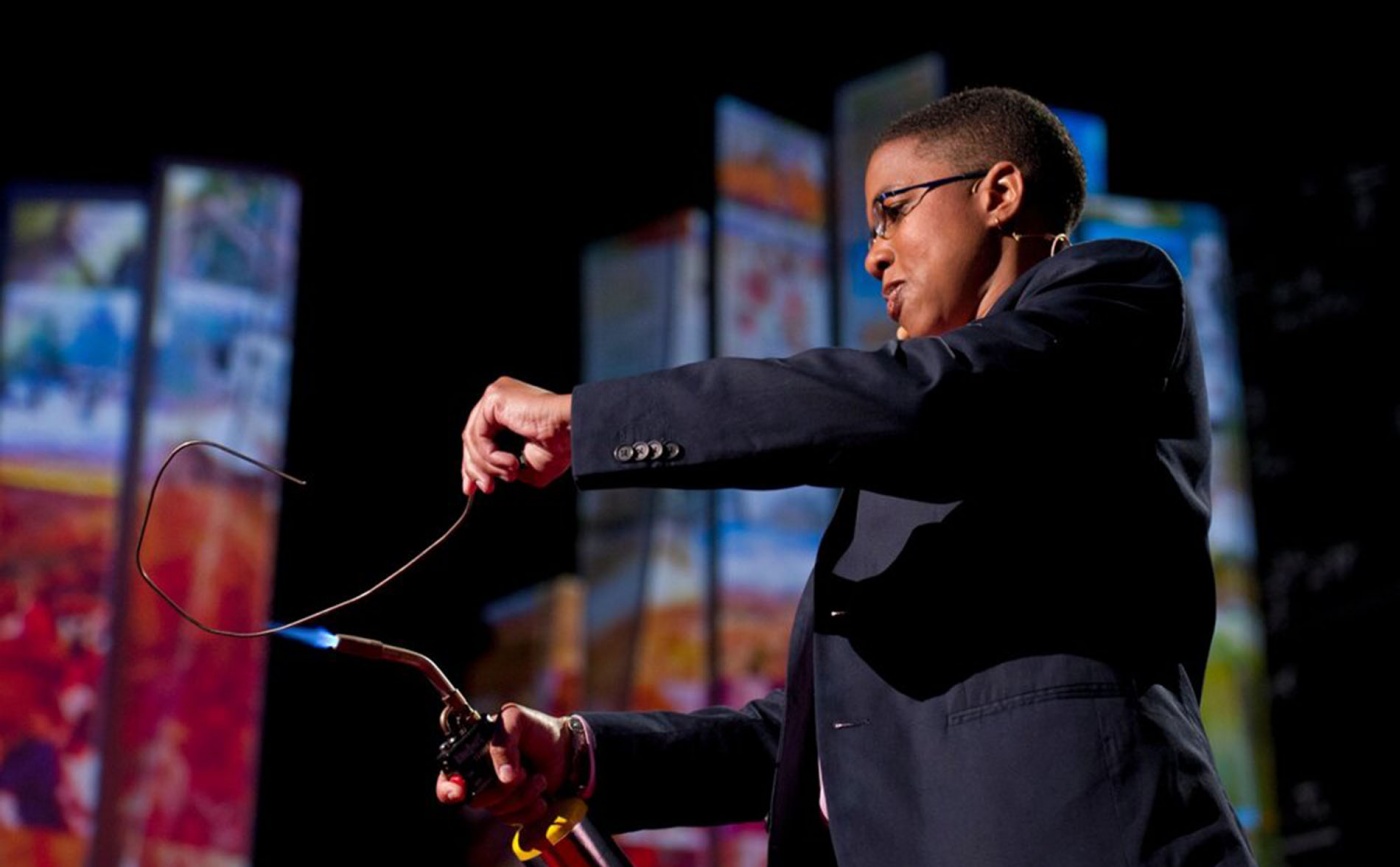 Before the Industrial Revolution, humans slept twice. After “first sleep” (about 9 p.m. to midnight), they spent an hour or so awake—chatting, eating, reading—then returned to bed for their “second sleep.” In The Alchemy of Us: How Humans and Matter Transformed One Another, materials scientist Ainissa Ramirez ’90 links the little-known change in sleep habits to advances in keeping time. The widespread availability of accurate watches became the foundation of factory work and the fixation on efficiency and productivity shaped our bodies’ rhythms to the workday. In other words, humans invented clocks, and then the clocks changed us.

The Alchemy of Us explores the feedback loop between people and things. From steel to telegraphs to glass, human history in Ramirez’s telling is a story of both progress and unforeseen consequences, good and bad. Steel led to railroads, which collapsed our sense of time and space: the journey from New York to Washington, D.C., took five days by stagecoach but one day by train. “In other words,” she writes, “the world shrank.” When Thomas Edison perfected the electric light bulb in the 1870s, he solved one problem—dirty, cumbersome gas lamps—and created a host of others. Disruptions in natural light have led to health problems. So many lights obscure our view of the night sky, which in generations past was a reminder of how small and insignificant is humans’ place in the universe. “With the universe now invisible to us, it is easy to incubate hubris under these lights,” Ramirez writes.

“With the universe now invisible to us, it is easy to incubate hubris under these lights,” Ramirez writes.

Each chapter is organized around an invention or innovation and traces its history and impact through vignettes and personalities. We meet inventors, activists, and dreamers, both famous and forgotten, and see them toiling to invent things whose existence today seems a foregone conclusion. In the 1880s, a German organic chemist whose family owned a glass factory partnered with a lab scientist to develop a menu of glasses with different properties for different uses, like microscopes, thermometers, and other instruments. Previously, glass was more art than science and the result was crude and cloudy. And “without good glass, science was blind,” Ramirez writes. In another chapter, a chemist at Bell Labs in the 1930s was obsessed with the obscure element germanium and eventually developed the precursor to a silicon transistor—the foundation of modern day computing—in the middle of the night because his bosses dismissed his idea and wouldn’t let him pursue it during regular work hours.

Ramirez makes a point of including the stories of women and people of color and working class strivers, as well as scientists from the more genteel ivory tower. Even inventions that have become so woven into the fabric of human life that we perceive them as natural resources, such as our mastery of wood and water, are the products of years and decades of toil, trial and error, and heartbreak, Ramirez reminds us. And by bringing scientific progress down to this human scale, Ramirez instills a little of that long-lost humility that our successes have erased.

Find The Alchemy of Us: Good Reads

Reader Responses to The Feedback Loop