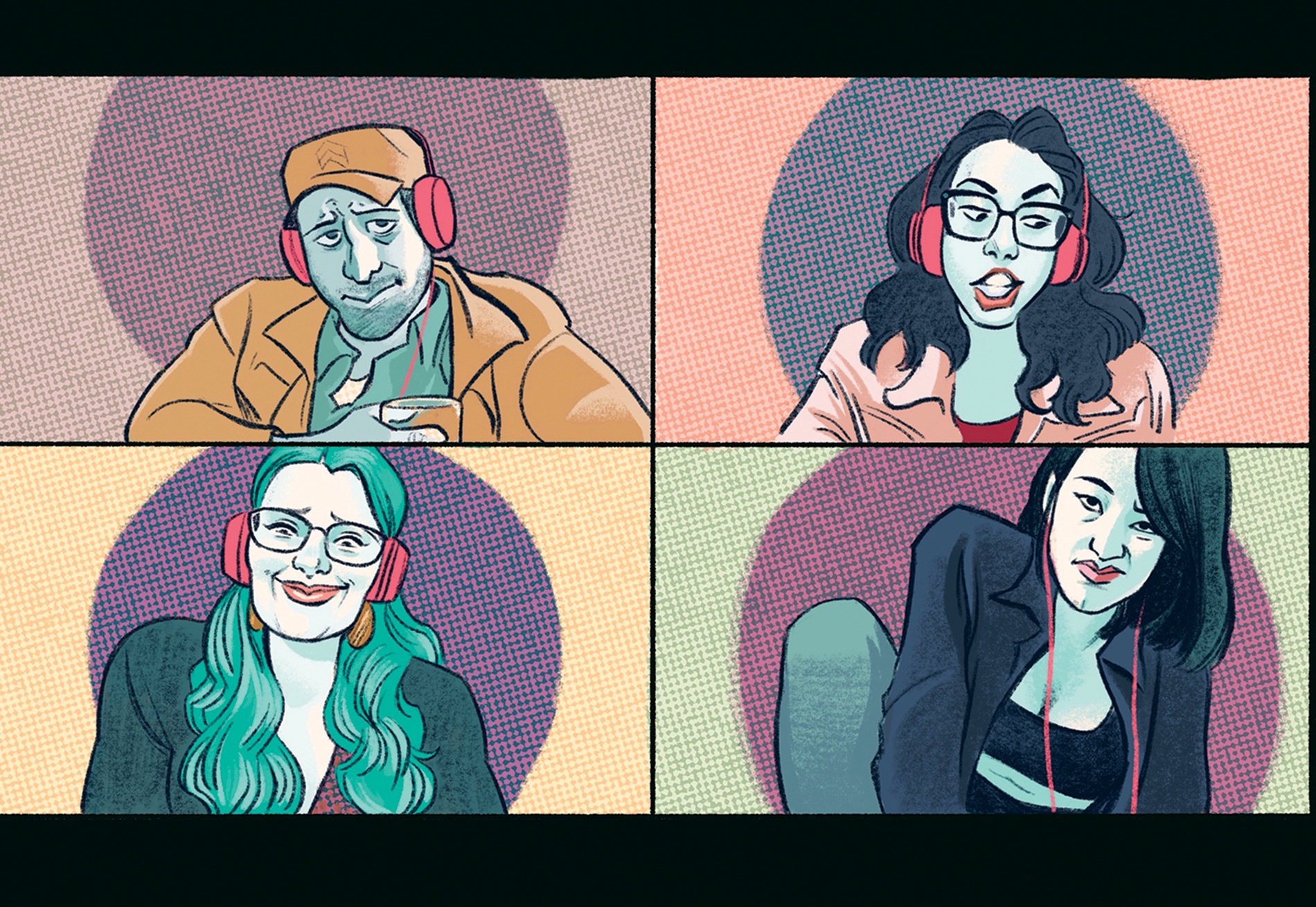 Zoom as an Art Form
Two alums take on the zombie apocalypse amidst a pandemic.

Anna Stacy ’17 and Nicole Martinez ’18 have written, produced, and acted together for six years. When COVID-19 shut down New York City last spring, the two devised a new way to collaborate: a comedy web-series filmed entirely on Zoom. Dead-Enders, which debuted in late May, focuses on the weekly online chats of six doomsday preppers during the zombie apocalypse. Martinez plays Maisie Perez, “a bubbly fangirl,” while Stacy plays Harper Young, “a mess.” According to Martinez, the show “includes a robust representation of gender, sexuality, and racial diversity.” Watch the six 30-minute episodes on Dead-Enders the YouTube channel. A second season is currently underway.

Reader Responses to Zoom as an Art Form