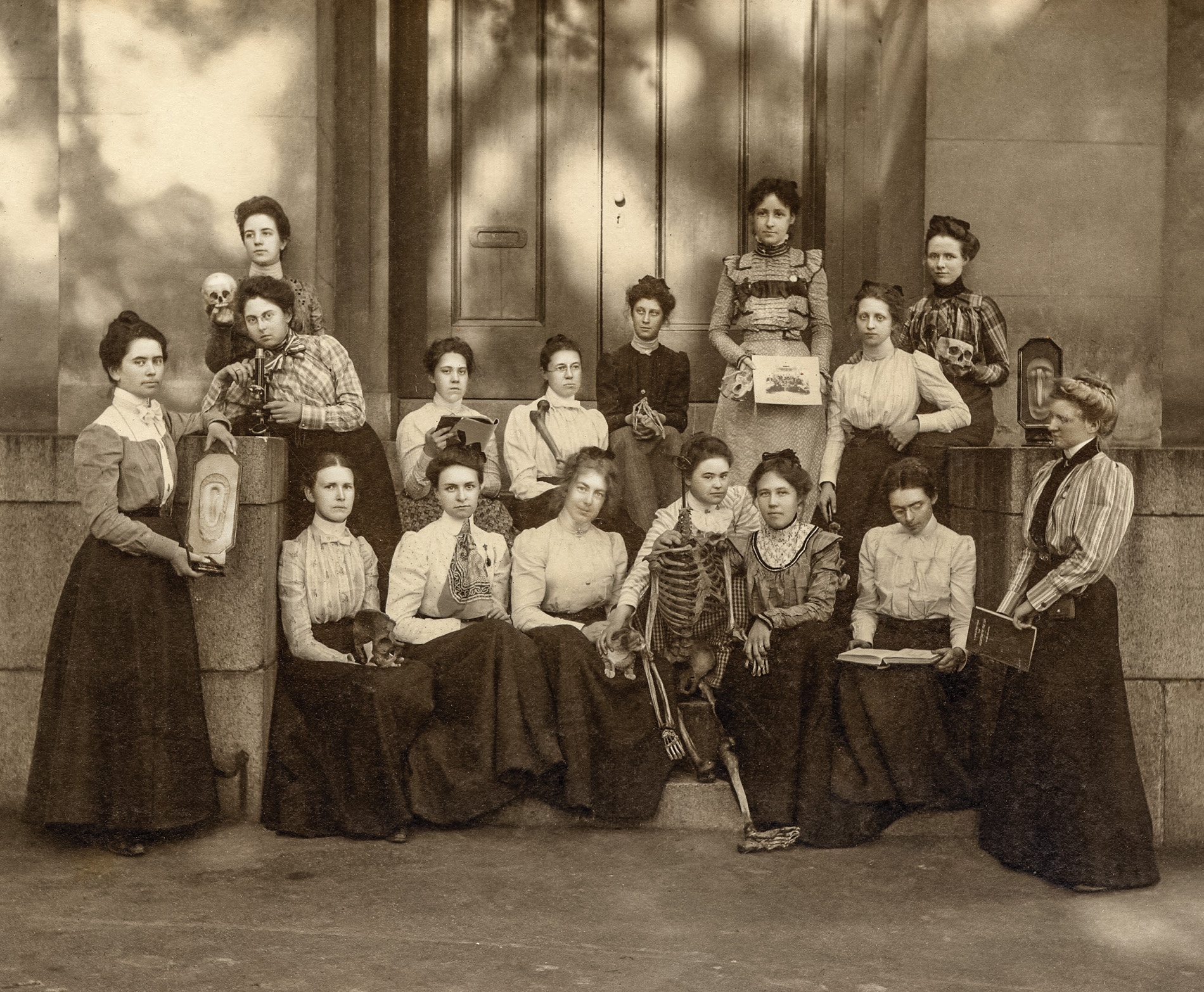 Lingering Victorian-era ideas about gender meant that instruction was separate, especially with the risqué topic of anatomy. A Harvard med school instructor who supported the idea of women in medical education came up with a helpful explanatory metaphor: “A bath is a necessary, luxurious, and purifying process for all,” Professor of Materia Medica Edward Clarke wrote in Medical Times and Gazette in 1870, “but it does not follow that it is wise for the two sexes to bathe at the same time and in the same tub.” Brown was a bit less progressive—the University had its first woman applicant in 1874, but the Corporation decided that admission of women was “inadvisable at that time,” reports Encyclopedia Brunonia. Pushback was unrelenting and included a petition from Rhode Island parents wanting their daughters to be admitted. “The subject received more or less attention in Corporation meetings and President’s Reports every year,” the Encyclopedia reports, until 1891, when the first six women were enrolled. Classes were separate but exams were the same. Women were offered just four subjects that first year, then all degrees were opened to women in 1892.

Neuroscience 10 continues to tickle the grey matter of future scientists—and everyone else.
Sports & Recreation

Victory was decisive and extra sweet for women’s soccer and volleyball after returning to play this season.
University News