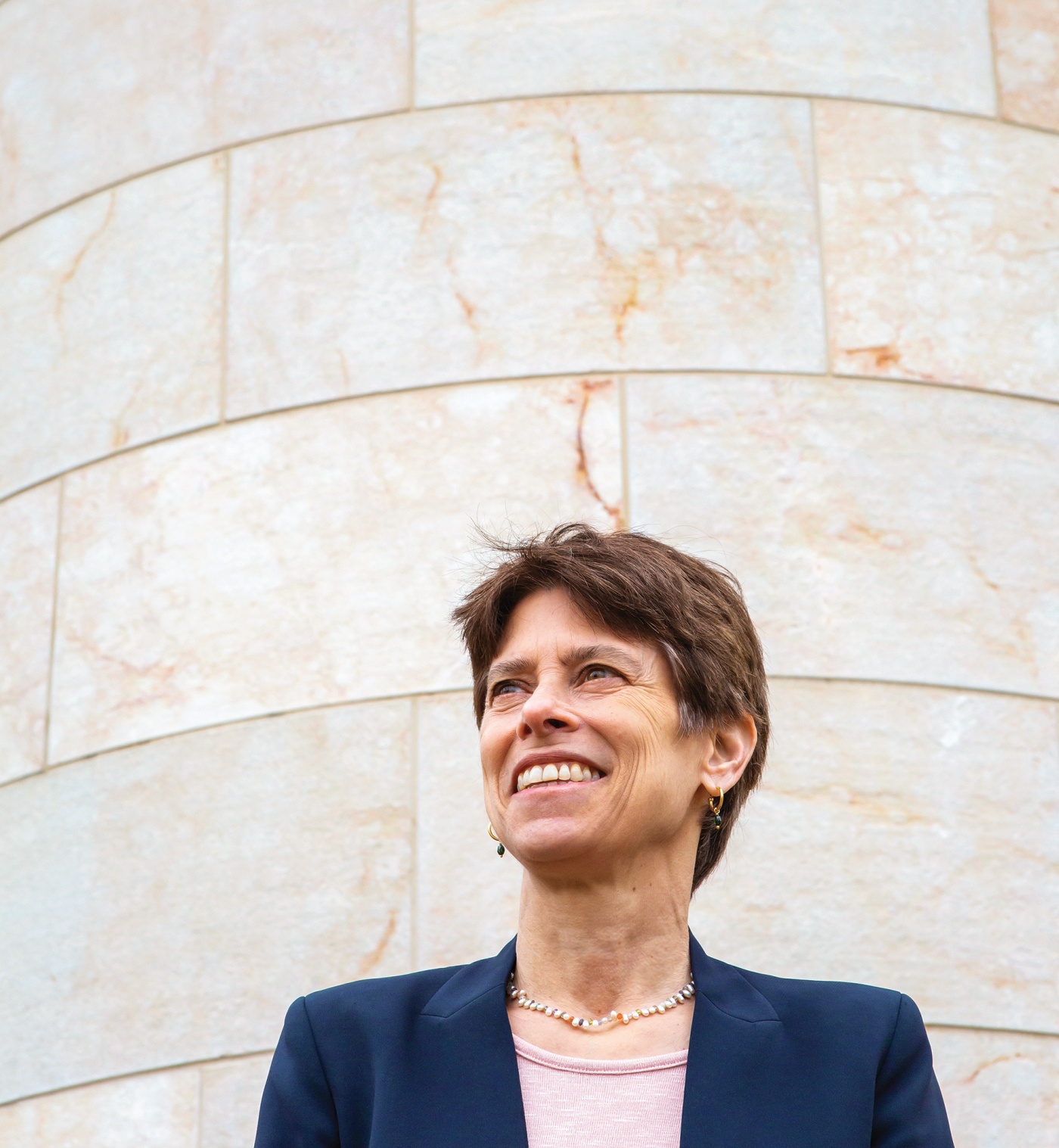 In January 2021, the Biden administration appointed attorney Suzanne Goldberg ’85 as deputy assistant secretary for strategic operations and outreach in the Department of Education’s Office for Civil Rights. The appointment comes amid a long and distinguished legal career in which Goldberg, who grew up in and near New York City—“dreaming about pitching for the New York Mets,” she says—followed up Harvard Law with a decade-long tenure at the LGBTQ civil rights organization Lambda Legal.

There, as the idea of legal equality for LGBTQ people evolved through the ’90s, she worked on two landmark Supreme Court cases that helped cement her reputation as one of the country’s best openly gay civil-rights lawyers. The first case, 1996’s Romer v. Evans, ruled that Colorado had no compelling reason to prevent cities or counties from passing laws protecting LGBTQ people from discrimination. The second, 2003’s Lawrence v. Texas, invoking a right to privacy, overruled the court’s 1986 decree that it was constitutional to criminalize sodomy. “We’re always in a national conversation over creating more visibility for the humanity of LGBTQ
people who are living, working, and raising families,” Goldberg says of what she took away from those years.

After Lambda, she served at Columbia University as the inaugural executive vice president for university life and as a law professor and founding director of the law school’s Sexuality & Gender Law Clinic. In the former role, and as a special advisor to the university president on sexual assault prevention and response, she faced repeated criticism for her handling of Title IX policies around such cases—so much so that Columbia was the target of several Title IX-related Office of Civil Rights investigations. It was a thorny job, requiring that she transition the university from Obama-era guidance, widely seen as favoring accusers of campus assault, to Trump-era regulations, which wrote in more protections for the accused.

Now, at the Office for Civil Rights (OCR), she’s in the strange position of having to help rewrite the very rules she once had to enforce. Everyone in the world of higher ed is waiting to see how Biden’s OCR will harmonize Obama- and Trump-era priorities. How much like a judicial court should campus investigations be? Should the accused be allowed to cross-examine accusers, as they currently are under Trump regulations, and, if so, should it be done remotely or via third parties so as not to retraumatize either party? Should the scope of investigations extend again to study-abroad and off-campus settings (such as frat houses), as it did under Obama?

The process, which has begun with OCR seeking public comment, will take years, says Terry Hartle, senior vice president for the American Council on Education, which represents campus administrators in such policymaking. “But Goldberg knows how impossibly difficult and challenging these cases are, because she’s lived them,” he says. “She’s an accomplished scholar on these issues and an experienced campus administrator. I probably won’t agree with everything she does, but she’s about the best you’ll ever get for someone to handle these issues.”

Goldberg says it’s too soon to say what direction the rewrite will take. “As we gather public comment,” she says, “we very much look forward to what we’ll learn from students about how the current regulations are working—ways in which they support all students and ways in which they are barriers.”