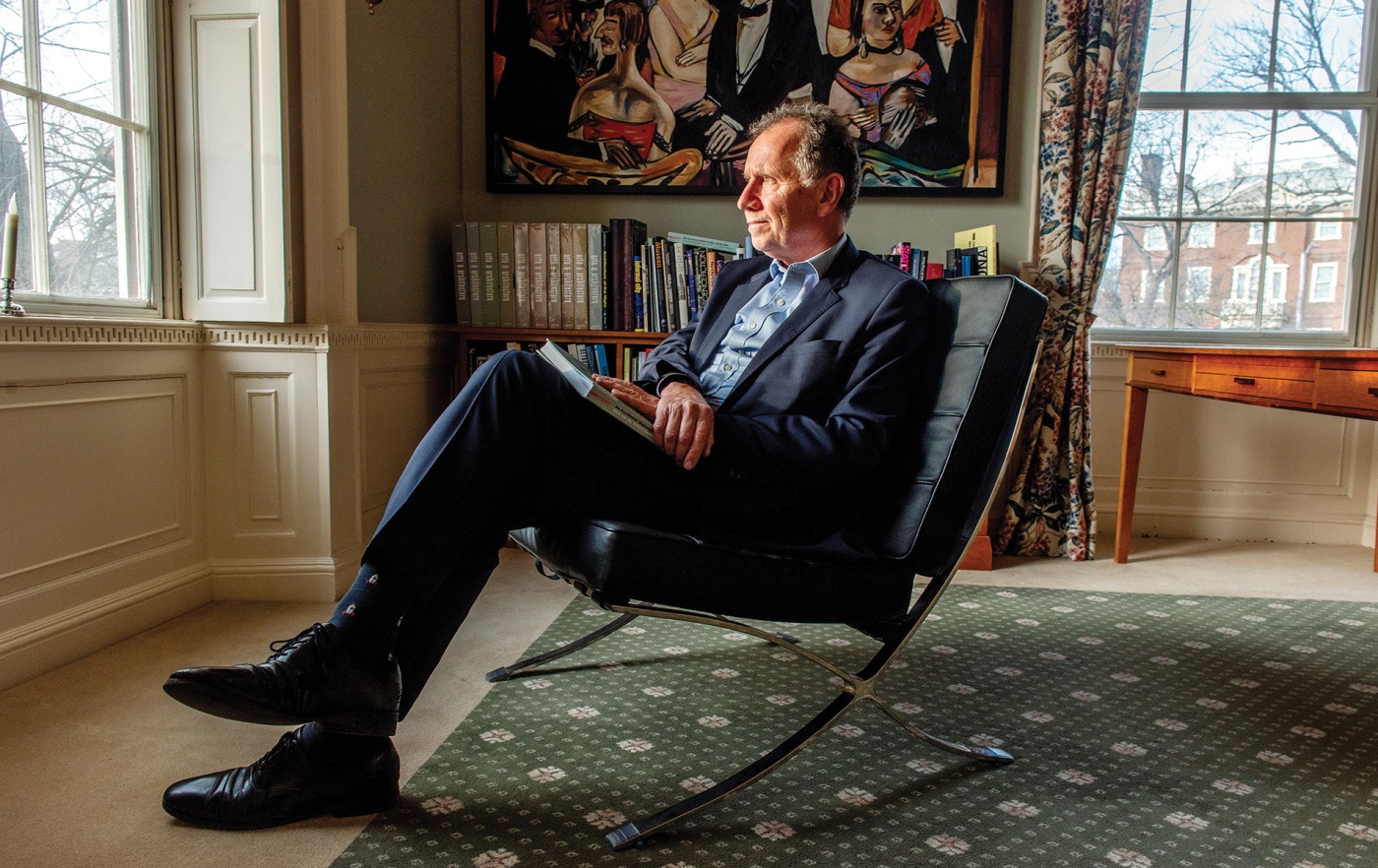 Mies has been sort of a constant companion. When I was studying architecture, there was something about his desire for clarity that really appealed to me. In his most important works he was trying to reduce everything to some sort of essence. I started researching him and I got hooked. He emerges as a really complex figure. I found out how close he got to an involvement with the Nazis in Germany before he left for America, that he was very eager to get jobs from them. So there’s a bit of a dark side. But it’s also interesting to me that he had such an enormous influence. You look at residential architecture today or from the ’30s onwards and you often find traces of the Barcelona Pavilion in some villa that’s built in Australia. So there’s a global impact.

Sensory study
There’s nothing that equals standing in front of a building and touching the attached I-beam. You can’t really beat that. You can’t do that virtually. You have to actually stand there in the rain and get a sense of what is this protruded bronze piece that sits on the facade and get a sense of that little detail that is hardly visible around the edge of it. I travel a lot and try and get a real sense of how a building works and how van der Rohe responded to the environment, if he did—often he didn’t—to the context and to the sunlight and the changing seasons.

At one point Mies had just lost his job. The Nazis had kicked him out. He was not director of the Bauhaus anymore, and he went down to the Ticino in Southern Switzerland. There’s a famous photo where he’s lying on a bench and looks really happy and you can almost sense the relief of being away from Germany and all his worries about the Bauhaus. He’s lying on that bench and has a little cigar and a hand protecting him from the sun. No one knew where that bench was. I retraced his steps and by coincidence, I was looking around in that area, and I opened up Google street view and suddenly I saw the bench. I had looked at the photo enough to recognize it was a little unusual, a stone bench with one pillar a little heavier than the other.

It was at a little pilgrimage church near Lake Lugano on a beautiful spot, very, very high up. So I went there and I re-enacted it for a friend of mine who was also a Mies researcher and always wanted to know “Where’s that bench? Where did Mies go?” And I put myself on that bench and I got a cigar and my wife took a photo and I sent it to him and gave him the address so he can go there too.