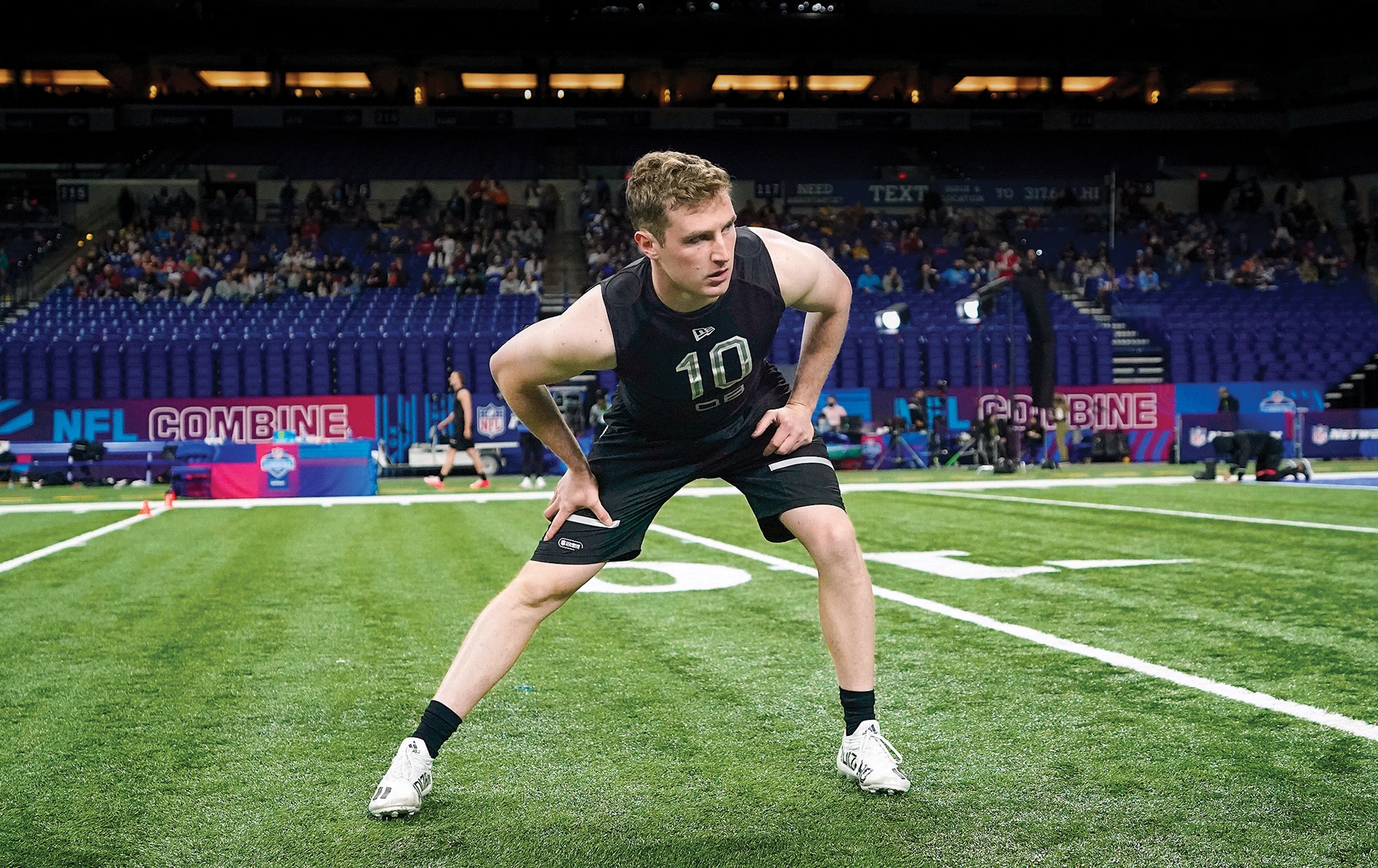 For the Perry clan, football is a family affair.

“Our family vacations would be to see a Brown versus Princeton football game, or a Dartmouth game, or wherever my uncles were coaching,” says E.J. Perry ’21.5, who grew up in Andover, Mass.Brown’s quarterback since 2019, he’s one of the brightest football talents to come out of the University in years. NFL scouts flocked to Bears games this fall, and Perry was named offensive MVP at the East-West Shrine Bowl game in February and Ivy League Player of the Year. He also excelled at the NFL combine this past February, earning the top QB athleticism score while interviewing with dozens of NFL coaches. It’s the kind of attention that is nearly unheard of for Brown players.

Perry wasn’t drafted in April, but a few days later he signed as a free agent with the Jacksonville Jaguars after an aborted agreement with the Philadelphia Eagles and he’s now preparing for their training camp.

Perry’s ties to both Brown and football started when he was only knee-high. Head football coach James Perry ’00 is E.J’s uncle. “He knew growing up how much I loved Brown,” says Coach Perry, who played football at Brown in the 1990s—winning a championship in 1999—and came back to Brown to take the head coaching job in 2019. Having  E.J. on the roster, he says, helped transform how the team practices. Under Perry, the program has focused on intense, but shorter, practices in which no one stops running. “E.J. is an immense competitor,” Perry says. “Sometimes when you’re coaching your nephew, there’s some concern. But from the very first practice he was giving maximum effort… It’s made my job a lot easier that a kid who was such a great talent was also such a good worker.” Quarterbacks Coach Heather Marini agrees, calling him the “ultimate competitor” and someone who “doesn’t like to lose.”

After deciding to transfer from Boston College, E.J. says Brown—an FCS school that wouldn’t require him to sit out for a year—was a natural fit. He enjoyed Coach Perry’s emphasis on practice and on getting better with every relentless rep. Games like Brown’s 48-24 victory over Columbia in 2019—during which E.J. threw for three touchdowns and rushed for another—are what the recent grad says matter most. “We’ve laid the groundwork these past two years for the tides to start changing,” says Perry. “I know a lot of people are fighting and clawing to bring Brown football back to where it belongs.”

E.J. studied sociology and hopes to pursue coaching or business after football. He’s been in touch with former Brown football players like Michael Hoecht ’20, Buddy Farnham ’10, and Zak DeOssie ’07, who all made the jump to the NFL: “The amount of support that there is from my classmates, friends, family, and alumni has been amazing.”

Reader Responses to Ready to Roar!