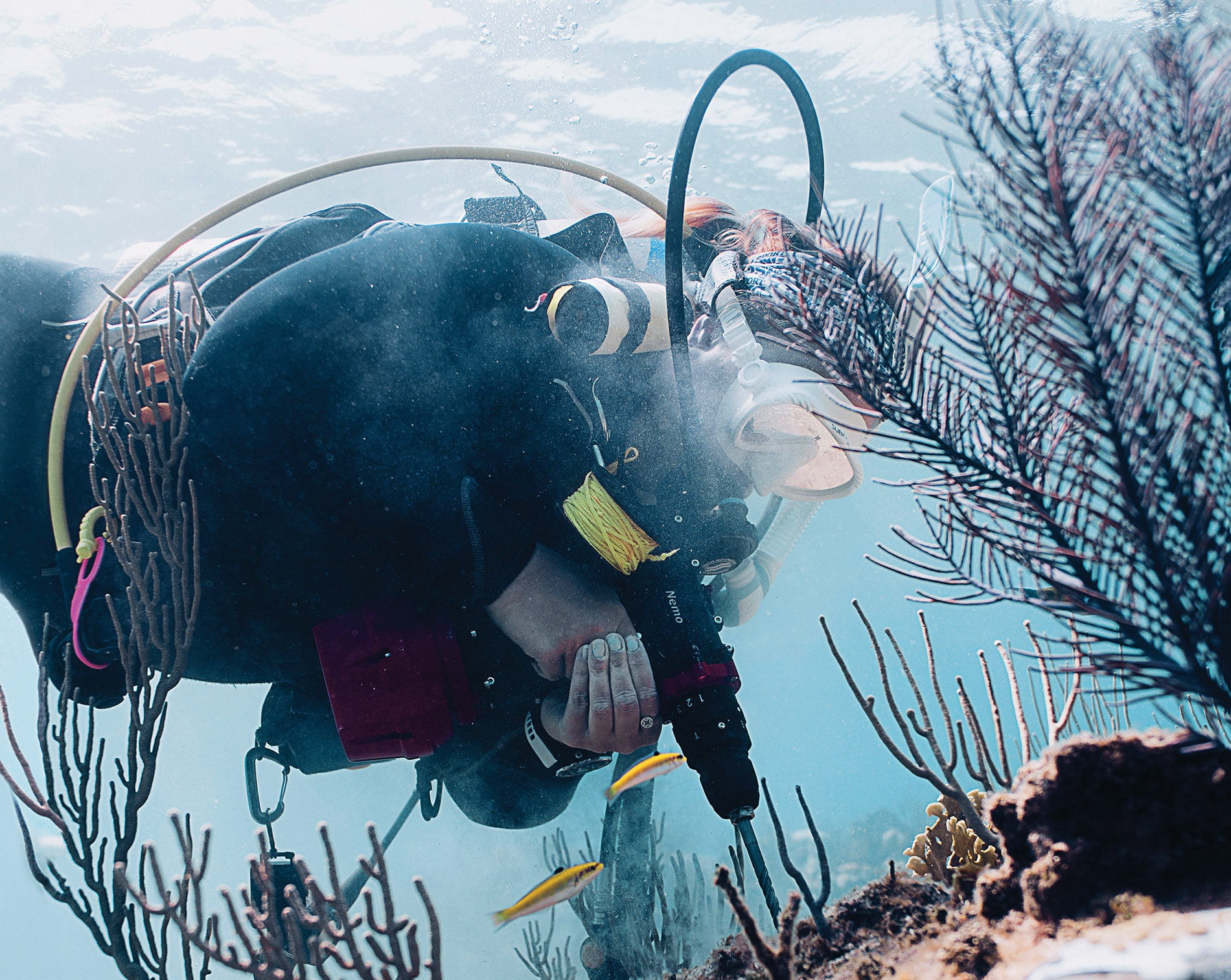 Corals spawn only once a year in the summer, often under a full moon, with every colony of the same species releasing their sperm and eggs in unison.

Though the reef rendezvous has served coral for millenia, it won’t allow it to evolve fast enough to withstand rising ocean temperatures and acidification, which are on track to decimate 90 percent of reefs in the next 30 years along with the one quarter of ocean life they house.

“Imagine that you want to train for a marathon, you get on a treadmill and every day go for runs that get longer and longer,” Lesneski says. “We can do the exact same thing with corals, but subjecting them to higher water temperatures.”

Launched in 2015, Coral Vita won $1.4 million in 2021’s inaugural Earthshot Prize, a global program meant to foster environmental solutions to climate change. Lesneski says the company will use the money to invest in equipment prompting coral to spawn multiple times a year. Using a technique known as microfragmentation, Lesneski and her team cut coral—part rock, plant, and animal—into one centimeter chunks. “Eventually they all grow into each other, and then start to grow upward,” Lesneski says. The technique spurs  growth up to 50 times faster than in nature, uncovering the most heat-tolerant coral colonies.

Lesneski honed her research skills investigating heavy metals in the sediment of Narragansett Bay and later completed a doctorate in Marine Biology.

Yet she says her work remains a mere stopgap in the need to reduce global emissions. “I should not have to be doing this job,” she says. “But because we can’t turn things around tomorrow, the alternative would be to do nothing. And we can’t afford that.”