Fair Food
Brown and its dining workers find a win-win 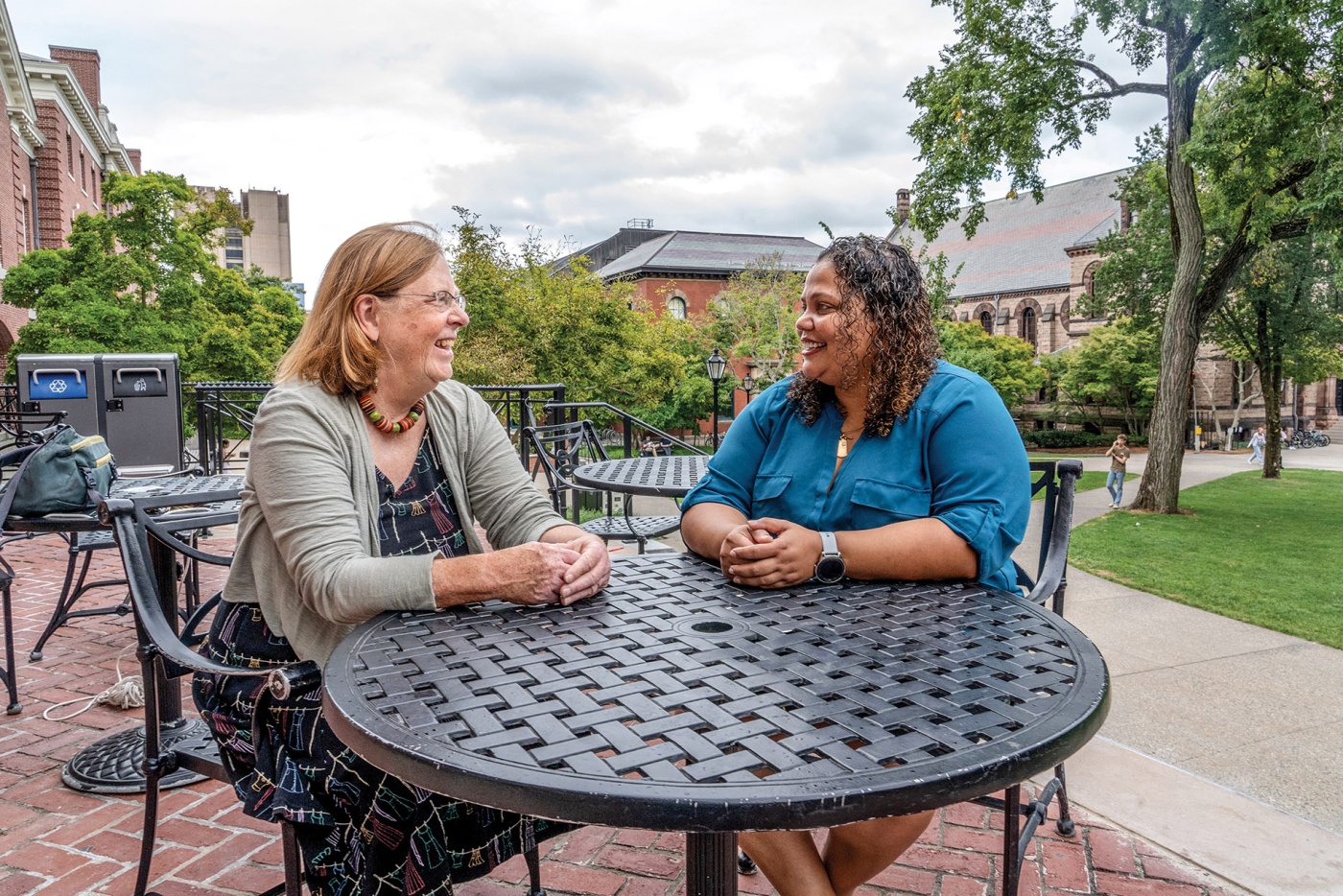 In April the University and Brown Dining Workers came to an agreement on a new labor contract, completing negotiations that had stretched over two years due to COVID delays. The result: raises for dining service workers, higher staffing levels, and more full-time employees.

“This contract was a big one,” says Guadalete Ramos, the chief steward for Brown Dining Services workers, who are unionized with USAW R.I. Ramos and Karen McAninch ’74, the longtime business agent for USAW, say that the drawn-out negotiations were sometimes frustrating, but fruitful: “I would say that very little of what we asked for we did not get,” says McAninch. “I think the University would say the same.”

The old contract that Brown Dining Workers operated under expired in the middle of the pandemic. In the months that followed, the University insisted on doing a line-by-line reading of the old contract, and with pandemic restrictions, meeting times were often delayed.

Still, Ramos says that the University had done right by employees whose jobs might have been lost because of the pandemic shutting down campus life. “I was really proud of Brown, what they did,” says Ramos.

Instead of laying off any employees, Brown retained all positions for dining workers. On top of that, they allowed employees with children under 16 years old to stay at home with their families, all paid, so that parents could assist with the transition to remote learning. Ramos says that at the time, her daughter was seven years old and struggled with the transition away from school as the pandemic worsened.

The biggest challenge dining workers faced during the pandemic were the multiple rebids that had to happen as positions changed and some were eliminated. Three times the union and Brown management had to shuffle who had what positions, to prevent laying off any union employees.

The biggest questions for the union during the negotiation process concerned pay raises and staffing levels. For years, Brown Dining workers have been under-staffed at key campus eateries, leading to overstressed workers and long lines for food. In the new contract, the union will be able to come to the University when they see a need for more staff, precluding the need to have more contract negotiations.

“I don’t like to see one person doing three jobs,” says Guadalete. “People get frustrated. We’re there to serve the students, and sometimes when we’re aggravated we don’t do a good job. I hope [the University] keeps their word, so when we see a need we can go to them and fix it right away, and not wait until things get worse.”

The contract also included a 6.5 percent raise for all employees and a minimum hourly wage increase to $18.

Brian Clark, University spokesperson, says that “our focus is on direct, good faith work with union leadership and Brown’s employees.”