Send your news to the BAM at alumni_magazine@brown.edu . 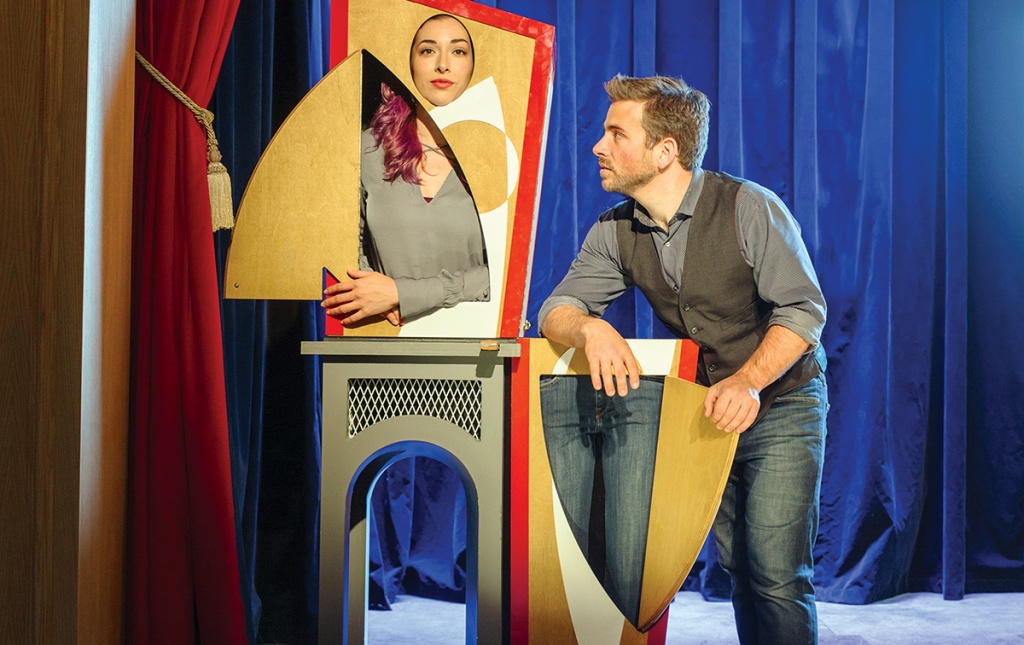 Alex Michael and husband Harrison Noffs ’07 welcomed daughter Penelope Rhys Noffs to the world on Nov. 8 in Los Angeles. Alex writes: “Both mom and baby are healthy and our family couldn’t be happier.” 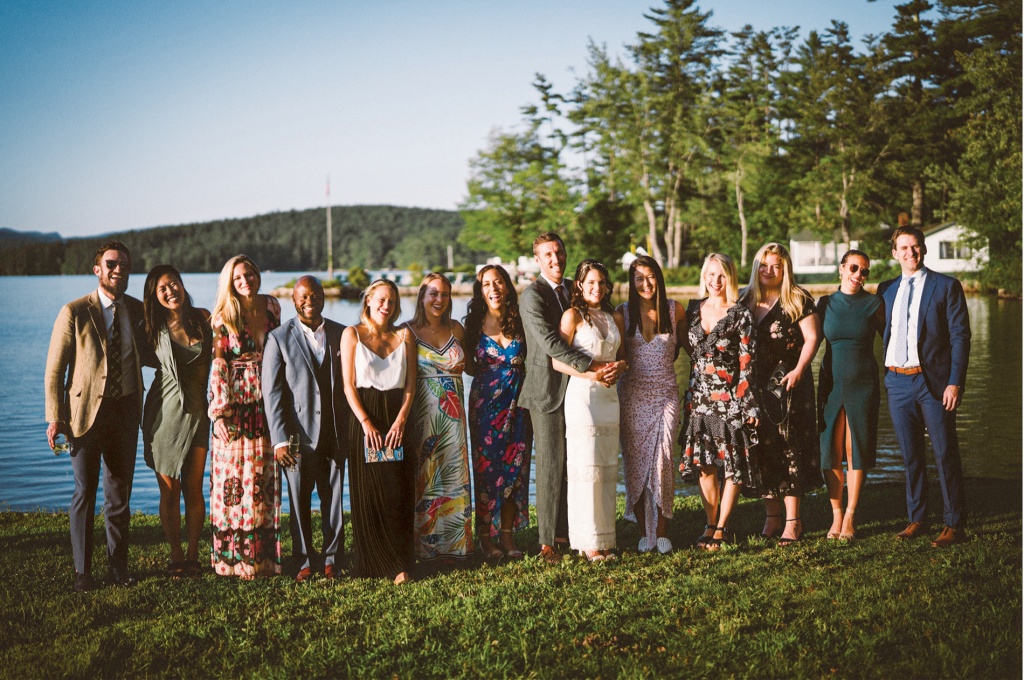 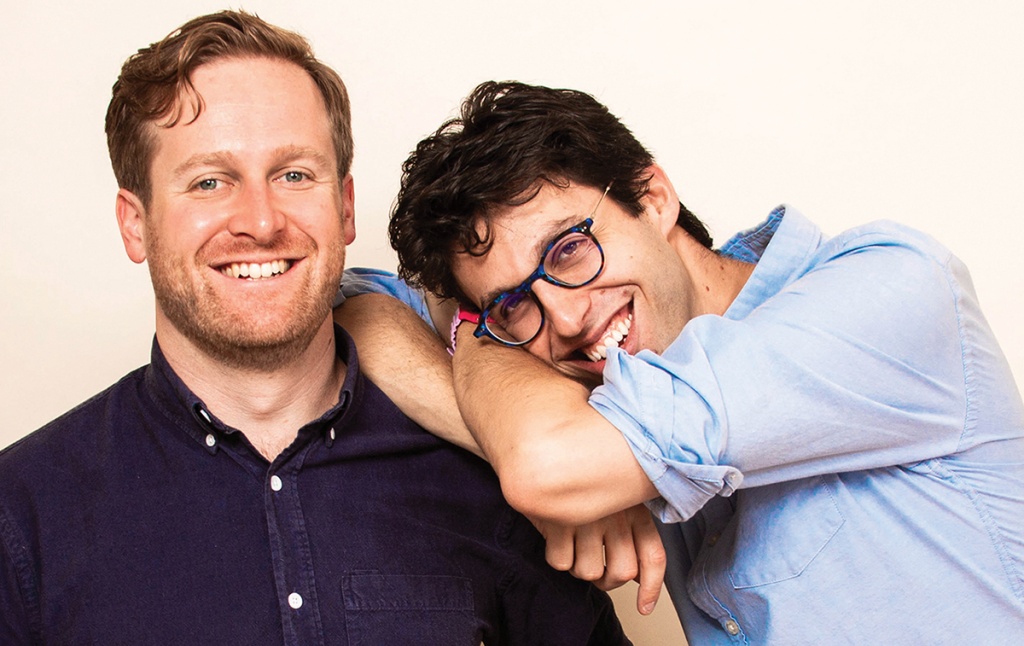 Laura Thompson writes: “I joined a group of Bay Area social justice and healthcare leaders on a pilgrimage to Alabama to learn more about the racial disparities in economic opportunity and healthcare there. I was astounded to learn that two of our wonderful hosts, Tamera Coyne-Beasley ’87 and Morissa Ladinsky ’85, were both proud Brown alumnae! Three members of Brown’s Office of the Chaplains and Religious Life, Jeremy Ogunba, Ulli K Ryder, and Rabbi Michelle Dardashti, were also meaningful members of our group. I continue to be amazed by the powerful work being done by Brown staff and alumni across the globe.” 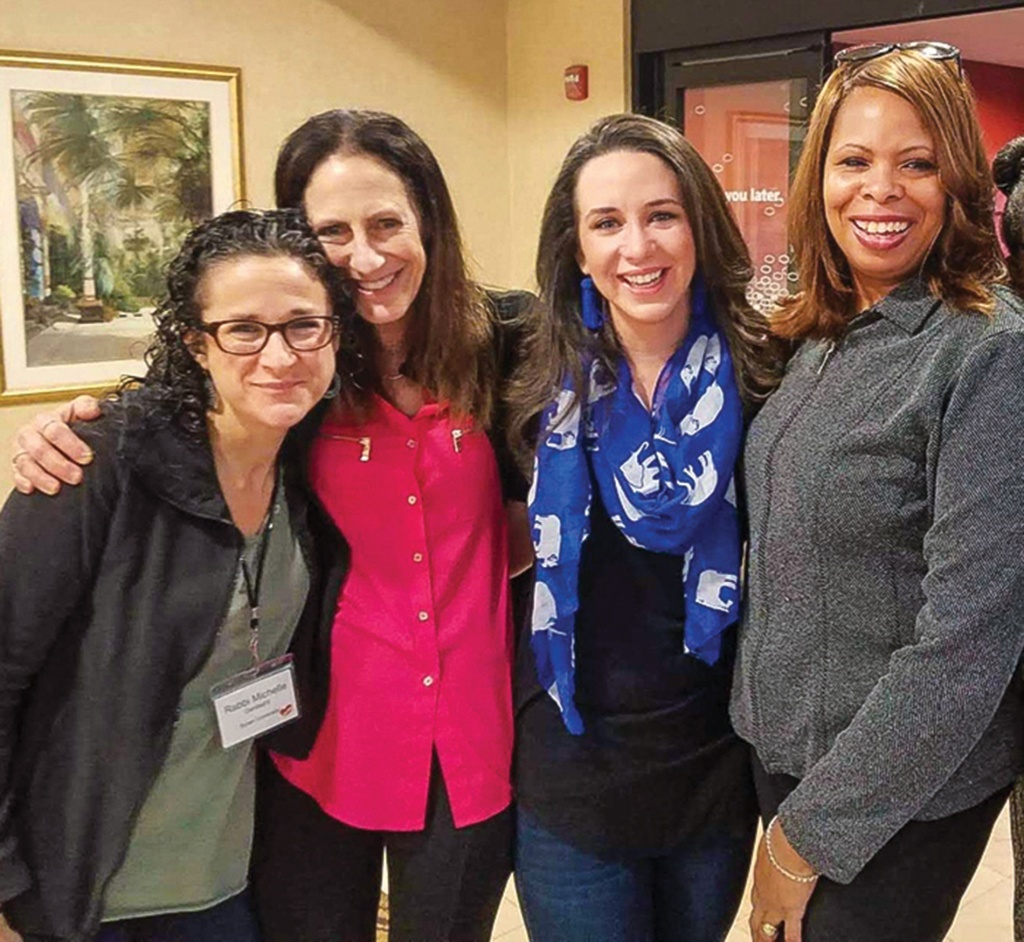 Emilie Aries published her first book, Bossed Up: A Grown Woman’s Guide to Getting Your Sh*t Together, in May, and she hosted a free book tour stop at the Brown CareerLAB during reunion weekend. The book chronicles Emilie’s own story paired with research-backed actionable advice and dozens of real stories from a diverse array of women in the Bossed Up community who’ve applied these lessons to their own careers.

Miguel Angel Blancarte Jr. graduated in December 2018 from Georgetown University’s McDonough School of Business and the Walsh School of Foreign Service with a Master of Arts in International Business and Policy.

It is time to start thinking about our 10th reunion coming up on May 24-26.  The celebrations will kick off on Friday night during the opening reception at Alumnae Hall. We will roll out from there to Campus Dance to reconnect and dance, dance, dance the night away.  There is plenty of time on Saturday to rendezvous on Thayer Street, join in the games at Field Day and take in some alumni forums. Saturday night the DJs Alex Werth ’09 and Alicia Maule ’11 will get you moving at the ‘Best I Ever Had’ 10th Reunion Throwback Party. The weekend won’t be complete without the procession honoring the Class of 2019 and our fellow alumni on Sunday morning. Be sure to log in to Brunonia and update your profile with your latest contact information so that you don’t miss out on our class communications. 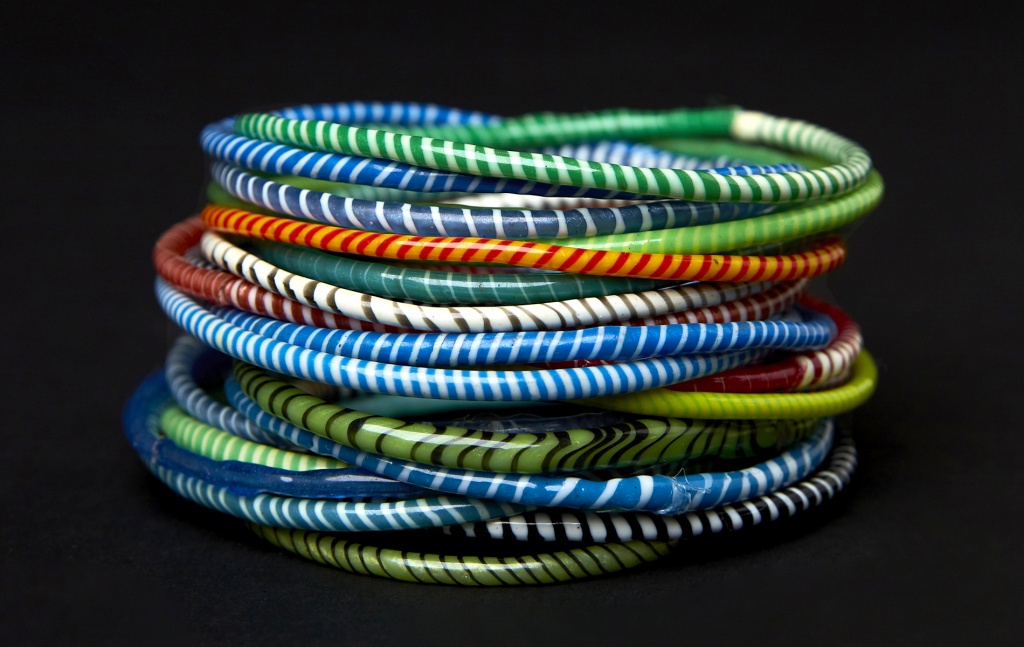 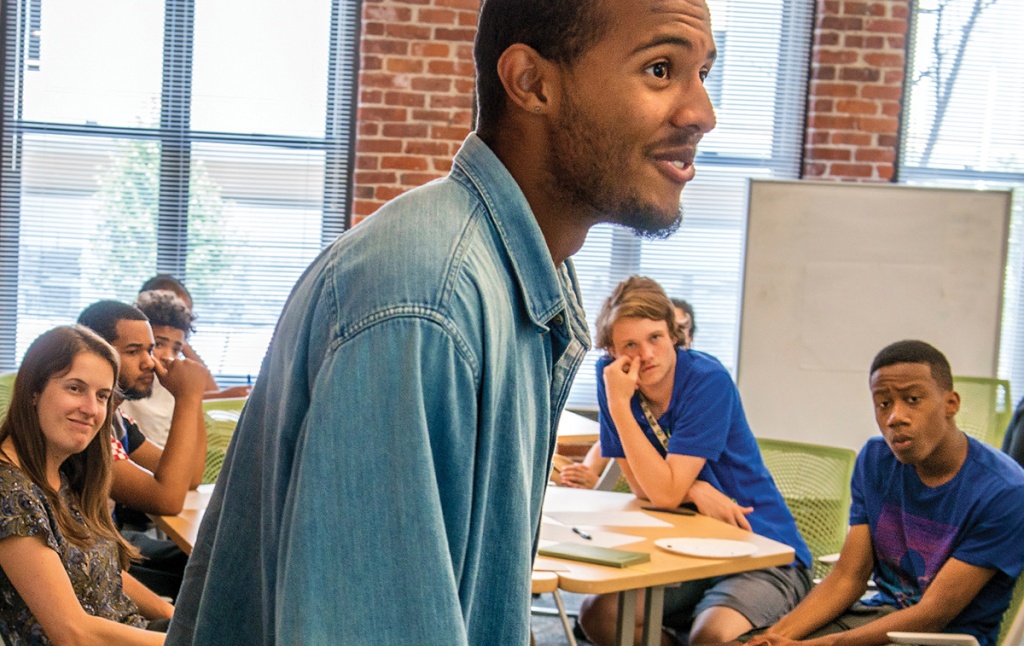 Apr, 2018
Business & Entrepreneurship
Going Away?
Luggage doesn’t need to be boring, thanks to a new company from Steph Korey ’09 and Jen Rubio. Read More 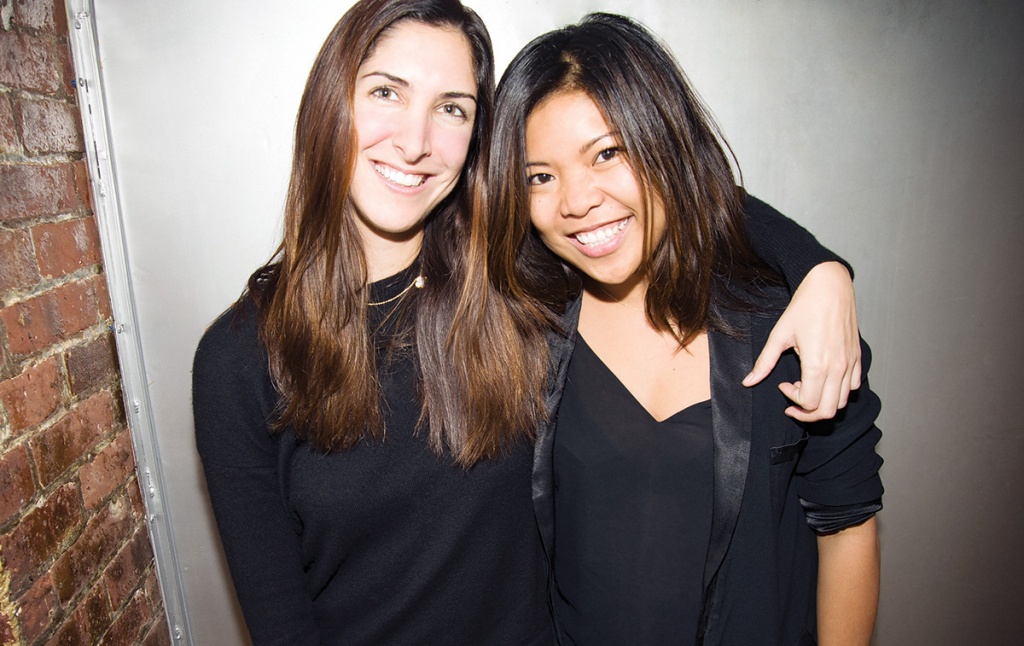 Alex Michael and Harrison Noffs ’07 announce their July 8 wedding in Santa Barbara, Calif., among family and closest friends. In attendance were Lindsay Cunningham, Emily Geldwert, Matthew Krevis ’07, Han-Hui Ling, Ben Lux, Daniela Ponte, Julie Wu Scripps, and Julia Shapira ’08. Harrison and Alex were both members of the Brown athletic community (he was on the men’s varsity football team, and she was on the women’s varsity soccer team), but they didn’t meet while they were at Brown; they met through mutual friends (also Brown alumni) in Los Angeles.

Send your news to class communications cochair Susan Kovar or directly to the BAM at alumni_magazine@brown.edu.

Send your news to class communications cochair Susan Kovar or directly to the BAM at alumni_magazine@brown.edu.

From the July/August 2017 Issue

Send your news to class communications cochair Susan Kovar or directly to the BAM at alumni_magazine@brown.edu

Send your news to class communications cochair Susan Kovar or directly to the BAM at alumni_magazine@brown.edu

From the January/February 2017 Issue

From the November/December 2016 Issue

From the July/August 2016 Issue

Renée Ahlers and Steven Beckoff ’08 were married on Sept. 12 at Linden Place in Bristol, R.I. Rebecca Brown, Libby DeLucia, and Rebecca Richardson were bridesmaids, and Steve Alerhand ’08, David Beckoff ’08, ’08 AM, and Jonathan Levin ’08 were groomsmen. Other alums in attendance included Brenna Brucker ’13 MD; Toby and Anya Rothstein Cohen; Ross Frazier;  Ryan Gise ’08; Michael Gladstone ’07; David Guttmann ’07; Libby Kimzey, Jay Levin ’08, ’12 MD; Adam Lewin and Sara Epstein Lewin ’08; Mike Morgenstern ’08; Chris Schmitt ’06; Juli Thorstenn; and Tom Trudeau. Renée is an associate at Cleary Gottlieb Steen & Hamilton LLP in Manhattan, and Steven is a resident at Montefiore Medical Center in the Bronx. They have been together since meeting at Brown nine years ago. Renée writes: “We couldn’t have been happier to celebrate the day with our nearest and dearest Brunonians.”

Lily Shield and Henry Harrison met on their first day at Brown in 2005, where they were assigned rooms down the hall from each other in Champlin Hall. They were married in upstate New York on Sept. 26, the 10-year anniversary of when they started dating. Alumni at the wedding included Charlie Harrison ’15, Amy Littlefield, and David Shield ’03. The mother of the bride, Renée Rose Shield ’70, ’84 PhD, is a clinical professor of health services, policy, and practice at Brown.

Anson Nickel and Reva Gaur ’07 were married in Brooklyn, N.Y., on June 20. Anson writes: “The joyous Brown spirit cut through the brief rain showers and made for a wonderful day.” In addition to the groom’s mother, Allison McMillan ’74, 40 alums attended.

From the September/October 2015 Issue

Frankie Nuzzo proposed to his girlfriend, Stella Vigorito, in June at the Cape Cod oceanfront home owned by Brian Wallace ’54. Frankie writes: “Brian served as my mentor during my time at Brown and was an enormous influence on my life. He graciously granted me permission to propose to my girlfriend at his home, where I lived for three summers while working for him. It was an incredible moment. P.S. She said yes!”

Amy Tan, Julia Brooks ’08, Kwan Lin ’07, Claudia Schwartz, Phoebe Sloane ’08, and James Williams ’10 graduated with their master’s degrees from the Fletcher School of Law and Diplomacy at Tufts in May. Amy and Julia were corecipients of the Leo Gross Law Prize, and Amy was one of the class speakers at commencement.

From the July/August 2014 Issue

Cory McAlister and Marta da Silva were recently engaged. The two met freshman year in East Andrews, where they lived two doors apart. They are looking forward to an October wedding.

Jeanine Pollard writes: “Are you ready for our fifth reunion, May 23–25? The reunion committee has been busy planning a memorable weekend. Visit us at the Brown University class of 2009 Facebook page or on Twitter @Brown09Reunion for details. While you are making your plans to come back to campus, don’t forget to also give back! Our class aims to reach a fifth reunion class gift of $109,000 by June 30, so please help us reach our goal and make a positive impact by making your gift to the Brown Annual Fund today!”

Emily Borromeo pulled together a group of friends, including two alums who sang with her at Brown, to compete on NBC’s The Sing-Off. The group, called Element, comprises ten women, all pursuing careers in New York City. They auditioned and were chosen to compete with nine other groups from around the world.

Jeanine Pollard writes: “Are you ready for our fifth reunion, May 23–25, 2014? The Reunion Committee has been busy planning a memorable weekend. Visit our Facebook page, Brown University Class of 2009, for details on the weekend. And, while you’re making your plans to come back to campus, don’t forget to give back for our fifth reunion! Our class is aiming to reach a fifth reunion class gift of $109,000 by June 30, so please help us reach our goal and make a positive impact on life at Brown by making your gift to the Brown Annual Fund today!”

Tom Trudeau and Juli Thorstenn were engaged at Commencement 2013—their four-year reunion at Brown. They met at Brown and have been dating since their senior year. A June 2014 wedding is planned.

Kangyi Zhang writes “Thank you, friends and professors, for my unforgettable moments at Brown. Hit me up if you come to Los Angeles.”

William Packer teaches seventh-grade mathematics at Democracy Prep Charter School in Harlem, N.Y., and will earn his master’s in teaching from Relay Graduate School of Education in June.

Jeanine Pollard writes: “Are you ready for our fifth reunion, on May 23–25? The reunion committee has been busy planning a memorable weekend. Visit our Facebook page, Brown University Class of 2009, for details on the weekend. And, while you’re making your plans to come back to campus, don’t forget to also give back for our fifth reunion! Our class is aiming to reach a fifth-reunion class gift of $109,000 by June 30, so please help us reach our goal and make a positive impact on life at Brown by making your gift to the Brown Annual Fund today!”

From the September/October 2013 Issue

Rudmila Rahman, cofounder of Good-Benefits.com won top prize at the Dell Social Innovation Challenge 2013 in Austin. Good-Benefits allows people to create micro-foundations through their employers to generate billions of dollars for charity. The cofounders competed against 2,600 teams around the globe to win $20,000 in seed money from Dell to help launch the business this summer.

Christina Tang was selected by Acumen as a class of 2013 Global Fellow. She has worked with Bain & Co. as an associate consultant and previously with Rainwater for Humanity.

Molly Josephs writes: “My friends and teachers at Brown continue to enhance my life and enrich my daily experience despite distance in space and time. Brown, thank you!”

Stephanie Bernhard received a Jefferson Fellowship to pursue a PhD in English at the UVA. She was chosen for this merit-based fellowship out of 34 nominees, distinguishing herself by presenting research undertaken at Brown.

From the March/April 2011 Issue

Tobias Cohen and 12 other Brown medical graduates were among the 140 first-year students at the Sept. 13 white-coat ceremony at Mt. Sinai School of Medicine.

From the January/February 2011 Issue

From the September/October 2010 Issue

From the July/August 2010 Issue

Miles Craigwell is a Gatorade athlete. He has teamed up with Gatorade and Action Against Hunger to help raise awareness of global hunger as he makes his journey to the NFL.

In January, Ryan Garbutt and Sean Muncy were selected to play in the Central Hockey League 2009 All-Star Game. Sean was MVP. See www.chl.com for details.

Chris Rommel married Colleen McCann (Stonehill '04), on June 20 in Newport, R.I. Chris and Colleen met four and a half years ago while coaching middle school sports teams at the Gordon School in East Providence. Jason Smith was a groomsman. Brunonians in attendance included Allie Briggs '08, Paul Costa, James Feldman, Kent Haines, Amy Hunckler '08, Jake Kling, Zach Lerner, and Jimmy Tasso. Chris and Colleen honeymooned in Puerto Vallarta, successfully avoiding both the swine flu and a hurricane in the process. The newlyweds are living in Medway, Mass., with their boxer puppy, Bruno.