Women With Something to Say

While studying health care in West Africa, Jessica Beckerman '06 met women who'd bathe in filthy water, passively accepting that they'd become ill as a result. She came to believe that the region's real tragedy is not HIV or the scarcity of clean water, but the community's overwhelming sense of powerlessness. 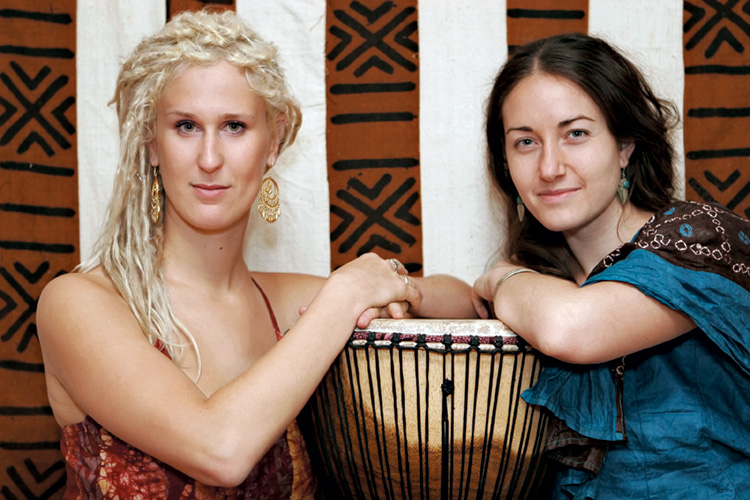 Back at Brown, Beckerman and three friends-Sasha Rubel '06, Whitney Braunstein '04, and Ari Johnson '04-hashed out the problem, each approaching it from a different perspective. Beckerman was studying human rights. Rubel, a dancer, had researched the role of culture and ritual in community health. Johnson was an aspiring doctor. Braunstein, an artist, had studied HIV and AIDS. They turned to Patricia Symonds, associate professor of anthropology, as a faculty adviser.

Last summer the four friends traveled to Yirimadjo, a village outside of Mali's capital city, where they joined forces with local doctors, artists, and medical and graduate students. They created Project Muso Ladamunen (www.projectmuso.org), which, in Bambara, the national language of Mali, means empowered woman or a woman who has something to say.

Yirimadjo has no electricity, no paved roads, and limited access to water. "Some of the women," Rubel says, "walk six hours a day to get water." Seventy percent of women in the country are illiterate, the students say.

In partnership with an African relief group, the students trained a democratically elected group of community members in how to solve such problems. They also trained peer educators, who are now teaching reading, math, and health to 120 female villagers. The peer educators incorporate poetry, music, theater, and dance-traditional Malian arts-in their teaching.

Beckerman says that on the first day of class peer educators show an oversized image of a woman taking water from a river while animals are bathing in the water and a child is using it as a toilet. By the end of the session the women learn not only how to keep the river cleaner but also how to read and write the word water in Bambara.

Future plans include expanding the program to other villages and teaching the women to start small businesses. "This work is perpetually humbling," Rubel says. "It's a constant reminder that there's so much farther to go." It reminds her of a Bambara saying: Little by little a bird makes its nest.

Reader Responses to Women With Something to Say