It may not look especially comfortable, but this natural rock indentation is thought to be the seat of the great Wampanoag chief Metacom, aka King Philip. Located on the grounds of Brown’s Haffenreffer Museum of Anthropology in Bristol, Rhode Island, “King Philip’s Chair” is believed to be where he presided over tribal gatherings. 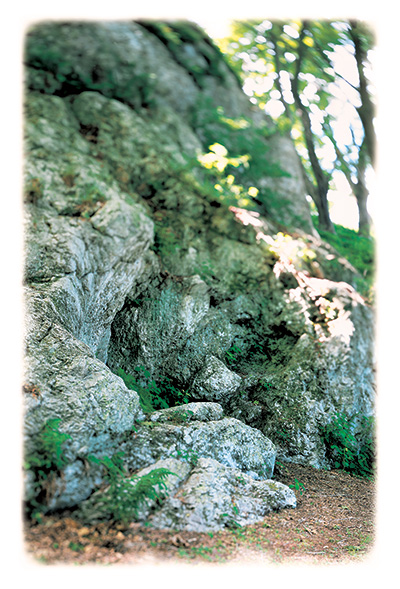 Metacom was given his English moniker by the colonists, but he also went by the names Metacomet and Pometacom. He ruled over a large swath of eastern Rhode Island after assuming the title of sachem in the 1660s. But tensions arose with the white settlers, leading to what they called King Philip’s War. In one of the deadliest conflicts of the English colonization, the settlers all but wiped the tribe out of existence, pretty much ending native American life in southern New England.

Metacom is believed to have been killed nearby in 1676. His assassin was a fellow native American who’d formed a pact with the British. The colonists hung Metacom’s body parts from a tree, then took his head to Plymouth, Massachusetts, where they stuck it on top of a pole for all to see.

Nowadays, you’re most likely to find King Philip’s chair occupied by school kids on a field trip to the Haffenreffer. If you happen to find yourself there, it’s an easy walk from the museum and carefully marked by trail signs.