Casually clad in flip-flops and T-shirts, the class of 2011 shuffled through the Van Wickle Gates for Brown’s 244th Opening Convocation on September 5. Administrators and faculty members, decked out in the traditional velvet cowls, robes, and pouffy hats, flanked the walkways and applauded the new students. 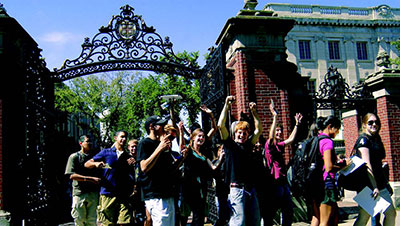 Perhaps the most remarkable statistic of the class of 2011 is that 14 percent of the students are the first in their family to attend college. Admission Director James S. Miller ’73 says the number reflects a meaningful change in the student body. For the past five years, through a program called Talent Quest, his office has collaborated with a group of high schools with students who, though extremely capable, are unlikely to consider college. The program pairs Brown alumni mentors with these teenagers. Thanks to the $100 million gift from Sidney Frank ’42 in 2004—which made need-blind admission possible—the University now has the resources to help the high school students succeed. “We’ve had an opportunity—you could even call it an obligation—to find these kids,” Miller says. 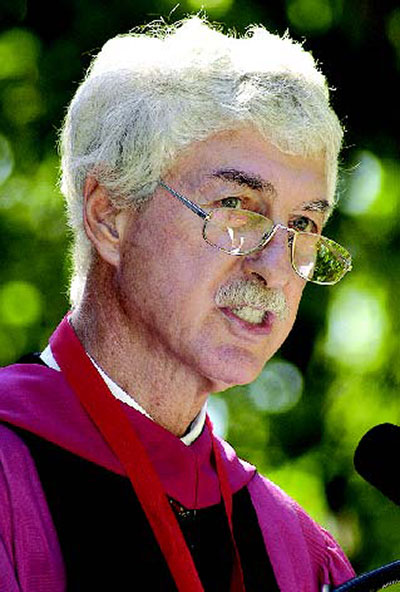 The class of 2011 is made up students from forty-five states and forty-nine countries. Miller says his office admitted more from California than any other state, but, in the end, more New Yorkers accepted Brown’s offer. Five states are not represented: Wyoming, the Dakotas, Idaho, and Mississippi. (However, two Mississippians entered Brown this fall as exchange students from Tougaloo College.)

After the United States, the best-represented countries among the freshmen are Canada, with seventeen, the People’s Republic of China and the Republic of Korea, each with sixteen; the United Kingdom, with thirteen; and India, with nine.

In addition to the College’s first-year students and eighty-five transfer students, entering Brown this September were ninety-six medical students and 461 graduate students. Although this represents an increase of about twenty students from past medical school classes, the number of incoming grad students is actually twenty-three fewer than last year. Beginning this fall, the Graduate School guarantees five years of funding to doctoral students, and that commitment, plus a $2.5 million budget shortfall from last year, prompted a decision to limit the number of new graduate students this year despite a 9 percent rise in applications. 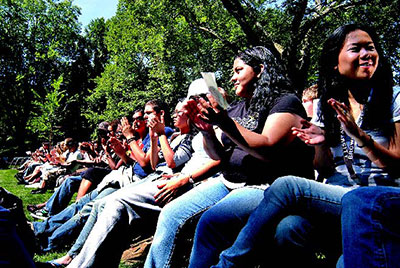 On September 5, students, faculty, and administrators assembled on the College Green were fed an intellectual appetizer by Arnold Weinstein, the Edna and Richard Salomon Distinguished Professor of Comparative Literature.

“I sometimes think I was born here,” Weinstein began, noting that this marks his fortieth year teaching at Brown. “I may die here.”

Drawing on Proust’s most famous literary image—the tea-dipped madeleine that brought back memories of his childhood—and on Faulkner’s mythic bear, Weinstein lauded the power of reading. Although a person deep in a book may look passive, Weinstein told students, the seemingly innocuous act of following print across a page can forever change the way they see themselves and their history. It can change the way they will live in the world.

Sitting in the alternate cool and warmth of the shadows and sunlight, many of us in the audience longed to go back to the classroom and hear more. For at least this one alumna, the lecture was like Proust’s little cake: a taste of things past and gladly remembered. It was also a reminder that, as critical things change on the Brown campus, other equally critical activities continue.