If you want a sneak peek into this country’s medical future, you might consider traveling deep into the heart of North Carolina’s Smoky Mountains with physician Ann Bullock '83. Bullock treats diabetes and obesity on the Eastern Band of Cherokee Indian reservation known as the Qualla Boundary. The scenery there is beautiful, but abut 25 percent of the adults suffer from diabetes, almost all of it due to obesity. The diabetes rate for the whole United States is seven percent, but with obesity spreading rapidly, it could very well reach the Cherokees’ level by mid-century. “We’re probably a generation ahead in terms of diabetes prevalence,” says Bullock. “We’re the canaries in the coal mine.” 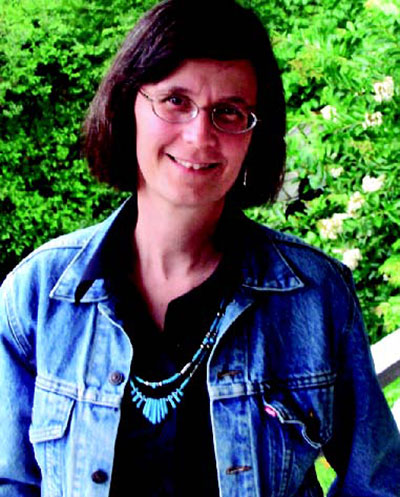 Bullock is part Native American—her grandfather was born on Minnesota’s Fond du Lac Chippewa reservation—but she was raised without any exposure to her tribe’s customs. At Brown, though, she says she became “entranced by Native American health issues,” and after medical school she joined the federal government’s Indian Health Service and set up practice on the Cherokee reservation. That was seventeen years ago. “This is my life’s work,” she says. “Just being part of a community like this for so long, it becomes part of who you are.”

So what does Bullock see among the Cherokee that’s likely to be commonplace among all Americans in the not-so-distant future? Soaring rates of heart disease and heart attacks. People in the prime of life who have kidney failure and must now come regularly to the hospital for dialysis. And more and more children with Type 2 diabetes—what used to be called “adult onset diabetes” because it struck patients in their sixties and seventies. Now, says Bullock, “I’m seeing 9-year-olds with the illness.” The effects on the community are devastating. Men and women who would otherwise be working are stuck at home on disability. The rate of heart disease–related deaths in the area is 30 percent higher than in the rest of the nation. And even though Bullock has set up several programs that have reduced serious side effects from diabetes among the Cherokees, she hasn’t succeeded in slowing the rate at which the disease is spreading. “That’s going to take a very long time,” she says.

Bullock, who serves as both the medical director of the Cherokee’s health clinics and a chief clinical consultant for family medicine to the Indian Health Service, believes the way we currently treat diabetes needs to change profoundly. In her early years on the reservation, she noticed that many diabetics there were urged to eat more healthy food and lead a more active lifestyle. That advice alone simply didn’t work for many people.

“I started sitting up and listening a little more, and I was hearing people say, ‘I am really trying. I am trying to exercise,’” Bullock says. She believed her patients and decided that “there’s got to be something else going on here.”

She argues that a whole raft of factors are fueling the diabetes epidemic among the Cherokee: stress, alcoholism, and even malnourishment among pregnant women, which has been shown, paradoxically, to increase a child’s susceptibility to obesity later on in life. Another factor, Bullock says, is the trauma Native Americans have suffered for the last several hundred years. Trauma may seem like just a psychological problem, but, according to Bullock, it actually changes the body’s brain chemistry and hormonal balance in ways that make the traumatized more prone to develop diabetes.

All this means you can’t just tell diabetics to eat better; you have to treat their condition holistically. Bullock sends patients to yoga classes and massage therapy to reduce stress. She is starting a program that pairs pregnant women with specially trained nurses who work with them to improve nutrition and develop stronger parenting skills. There’s even emphasis on building Cherokees’ pride in their heritage as a way of building up self-esteem.

If federal government predictions prove true, diabetes will continue to soar among Native Americans, the Cherokees included. But Bullock remains undaunted. “It sounds like gloom and doom, but I do actually have a lot of hope,” she says. “As we get smarter and smarter about the illness, we are going to understand how to treat it better and better.” —L. G.