When Paul Green '46 learned he had Parkinson’s disease eleven years ago, the first words that popped into his head were Winston Churchill’s: “Never surrender.” He remembered the British prime minister pronouncing these words to the House of Commons in 1940, soon after the start of World War II. Green served in the U.S. Navy during that war, and often repeated the phrase to himself for inspiration. But he always heard it pronounced with Churchill’s accent—“Nevah surrendah.” “The [Parkinson’s] diagnosis never panicked me,” says Green, 83, who lives in Westport, Connecticut. “I just decided to resist in the tradition of Winston Churchill.” 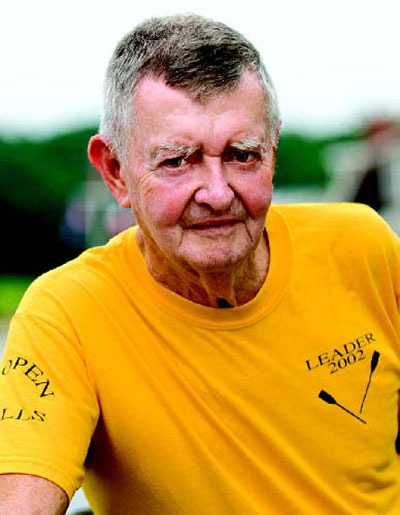 “Nevah surrendah” has become not only his personal motto, but the name of a grass roots nonprofit he is building to link Parkinson’s sufferers across the United States. He has started small—he runs a support group for people with the illness at the Westport Center for Senior Activities—but he has more ambitious plans for the near future: a Web site, a newsletter, and possibly even a speaking tour. “We have to get the message out,” he says. He spent several decades in the publishing industry so he knows the ins and outs of developing and publicizing written material.

As Green sees it, high profile groups like the Michael J. Fox Foundation have put the national spotlight on finding a cure for Parkinson’s, but far too little is being done to help people with the illness get by on a day-to-day basis. More than one million adults suffer from Parkinson’s in the United States, most of them age 60 or older. The disease attacks and slowly kills brain cells that influence body movement, causing tremors of the limbs, stiffness, and slowness of movement. “I’m really focusing on what you do until they find a cure,” says Green. “It’s a progressive disease. You have to do everything you can to slow the progress.”

For Green, this means not only taking the several different medications now available for Parkinson’s but, just as importantly, staying active. He’s joined a local rowing club and taken up ballroom dancing for physical exercise, and he’s learning Japanese and calligraphy to keep his mind active. It’s this message of remaining vibrant in the face of the disease’s steady progression that Green wants to spread as widely as possible. “Does it work for me?” he asks. “So far, I’m doing everything I’ve ever done. The only thing I don’t do is drive at night.”

Green says he is lucky—he has yet to suffer a bout of depression. But the mental illness is common among Parkinson’s sufferers, and Green wants to focus on helping people avoid it. “Depression is a major threat,” he says. Green combats it through his exercise routine, and when that doesn’t work, he simply recalls Churchill’s advice to nevah surrendah.