Linda Pei had never heard of the term, "the glass ceiling," until the early 1990s. The Chinese-born financial consultant had spent the last decade working overseas in Asia, and the phrase had never come up in conversation. But as soon as a friend told her about it, Pei instantly grasped its significance. She herself had once been passed over for a promotion to an executive position because, as a higher-up told her, a woman was not fit to run a multinational company. 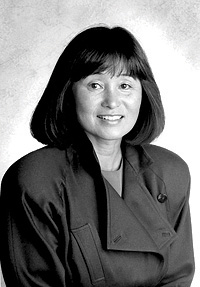 Pei, who died from liver cancer in December at age 63, decided next that not only would she prove that boss wrong; she would reward companies who thought differently. Pei founded a mutual fund firm whose express purpose was to invest in companies with policies favorable to women. This could mean they provided on-site daycare, flex-time for working mothers, or that they had a solid record of promoting women to executive positions. The Women's Equity Mutual Fund (WEMF), as it came to be known, was based in San Francisco, close to Tiburon, California, where Pei was now living with her husband and two adopted Chinese children. When it opened in 1993, WEMF was the first mutual fund ever established to focus on women's issues. In an interview shortly before her death, Pei told the Brown Alumni Magazine, "We wanted to draw attention to the fact that there is a benefit in investing in companies where women were involved in leadership. We could talk about these businesses, and maybe the word would spread."

Those early years were tough. "We didn't have any clients. No one knew who we were," Pei recalled in the interview. But "when women heard about the fund, they got it immediately." She and her partner, Leslie Christian, went from donor to donor making their case. "Gradually, money started to come in," Pei said. By the end of the nineties, WEMF was valued at close to $35 million, small compared to the big players in the field, but highly impressive for a socially conscious mutual fund. Ninety percent of its investors were women.

Over the years, the fund invested in such companies as Bank of America, Microsoft, 3M, and Costco. Every company the fund did business with was screened for the percentage of women in senior management, the diversity of its workforce, and the number of family-friendly benefits such as maternity leave and support for elder care.

According to Pei, the fund was often able to leverage its equity to force changes at companies. She said the fund helped prod a mining company to offer around-the-clock on-site childcare and put more women on its board. The fund, she said, pulled its support from a bank when a group of female executives there sued, charging sexual discrimination. "We did make a difference," said Pei. "We had dialog with people. If they did something we didn't approve of, we called them on it."

In October, WEMF was bought out by Pax World, a socially conscious mutual fund company in Portsmouth, New Hampshire, that's worth around $2 trillion. According to Pei, the move gave her company a chance to expand and greatly increase its power and influence. Pei also said she needed to limit her involvement in the company because of her cancer and believed a sale to Pax World would ensure its survival. In 2007 the fund posted an 11 percent return, about 4 percent better than the S&P 500. But as Pei pointed out, there are many good reasons other than making money for investing in the fund.

Linda is survived by her husband, Jim Morris, and their two children, Kristine and Kevin '10. —L. G.