Gabby Salazar '09 was eleven when she started taking pictures. At fourteen, she won a photography contest run by Nature's Best Photography, a glossy art magazine, and at eighteen she became an intern there. At nineteen, she launched Nature's Best Photography for Kids, a spin-off by and for young people. "I convinced the publisher," she says, "that if you want to make a difference in the environment, kids are where it's at." 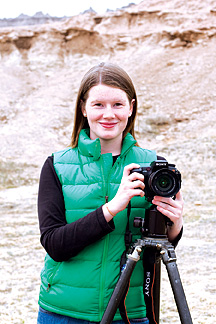 For too many children raised in cities and suburbs, nature has become frightening, says Salazar, a science and society concentrator who spent much of her own North Carolina childhood outdoors observing insects, plants, and birds. Today, she says, television programs focus on crises such as species extinction and global warming, and while those programs are effective at reaching adults, they ignore a basic fact: kids need to appreciate nature before they can start worrying about it.

Salazar began teaching children's photography workshops during summer vacations in high school. She sends her students out on scavenger hunts with a list of subjects to look for: something blue, something alive, a pattern in nature. Last summer she taught as an artist-in-residence in the Badlands in South Dakota. She found that the kids, most of whom were raised on ranches or on reservations, were more at home in the wild than were the suburban North Carolina kids she'd taught in earlier summers.

Teaching kids is what inspired Salazar to create the magazine. All contributors are under the age of twenty-one, and their work looks astonishingly professional. Initially the magazine was printed on lavish art stock, but teachers couldn't afford the subscriptions, so the magazine was renamed Nature's Best Photography Students and now runs solely online (naturesbeststudents.com).

This allows Salazar to send her contributors inexpensive video flip cameras, so they can post video on the magazine's website. A feature on Chilean pumas in the December/January issue includes footage shot by a pair of brothers who tracked the elusive cats to a kill site. In addition to such international stories, each issue features what Salazar calls a "backyard" feature. "I want kids to understand that you don't have to go to Africa to get good pictures," she says. 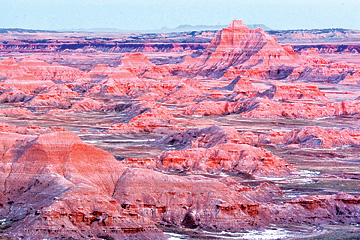 This photograph, "Cliff Shelf Overlook," was taken by Salazar in the South Dakota Badlands.

Salazar edits the bimonthly publication between attending classes and shooting her own photographs (gabbysalazar.com). "Sometimes it's overwhelming," she admits. But then a kid whose work she's published will e-mail her, writing, "This is the most important thing I've ever done." "That makes it all worthwhile," Salazar says.

In September, Glamour named Salazar one of the Top Ten College Women of the Year. In addition to a $3,000 scholarship, the magazine paid for her to travel to New York City, where she and the other winners attended lectures, were wined and dined, and met a group of high-powered professional women.

One of the panel discussions was on balancing work and life, a topic Salazar already knows intimately. She found the panelists' take-home message reassuring: "They said, 'Yes, you can have it all. But you can't have it all at once.'"

Reader Responses to Look and Learn