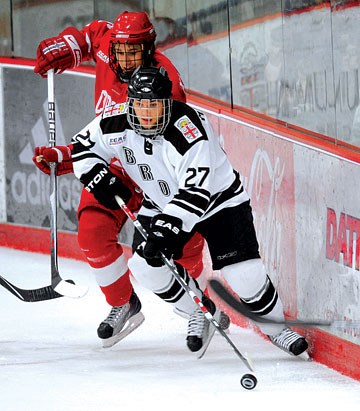 The men's hockey team started the season by losing seven of its first nine games under new coach Brendan Whittet '94 before ending 2009 on a five-game winning streak. Forward Jack Maclellan '12 scored one of two empty-net goals late in the win against Harvard at the Bright Hockey Center on December 1. The Bears jumped to a 2–0 lead on goals by Jarred Smith '12 and Jeff Buvinow '12 en route to winning, 4–1.
What do you think?
See what other readers are saying about this article and add your voice.