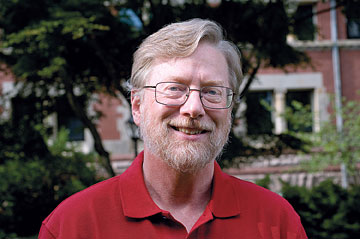 LOGAN The question is: what can we learn about what's happened in American society since the last census in 2000? We've developed a team of researchers at fourteen universities that is now looking at everything from changes in family structure to income inequalities to residential segregation.

BAM One of your findings so far is that we're as segregated a society as we were in 1980.

LOGAN Yes, that's correct. The Latino and Asian populations across the country are as segregated today as they were thirty years ago. African Americans are still the most segregated group, but a little less than in the eighties.

BAM Why do we remain so segregated?

LOGAN In the major metropolitan areas of the Northeast and Midwest—New York, Chicago, Newark, Syracuse, Boston, and other places—segregation remains very high. We suspect that's because these very large areas were built up during a period when segregation was legal and legitimate, and breaking up those ghettoes has been very hard to do.

BAM Are there any signs of hope?

LOGAN We find that, in parts of the country where there's new residential development and where these minority groups are present in smaller numbers, there's considerably less segregation. In these places, there's more fluidity in the housing market. Neighborhoods and communities often have less-established reputations as being black or Latino.

BAM Could it be that blacks and Latinos are choosing to live in neighborhoods that are mostly black and Latino?

LOGAN This happens to some degree. But why does it turn out that affluent African Americans and affluent Latinos—but not affluent whites and affluent Asians—wind up living in predominantly minority neighborhoods? How can you explain Latinos and African Americans choosing to live in neighborhoods with high crime rates, poor schools, and low levels of community resources? I don't think it's credible to argue that it's a choice. Certain groups face very limited choices about where they want to live.

BAM Strangely, you've also found that the recession is shrinking the income gap between Americans. How can this be?

LOGAN The income gap is growing. The wealth gap declined recently because everyone in the top brackets had a lot to lose in stocks, investments, and their home equity. Middle class losses were concentrated in pension funds and in their homes. So they had less wealth at risk.

Over the longer term, however, the wealth gap has also grown. The middle class became very heavily indebted, and it has a long way to go to pay that down.