Help wanted: Candidate must be able to raise billions of dollars; work with some of the most brilliant minds in the world; handle unforeseen controversies on such issues as race, gender, and sexuality; and appease local politicians. 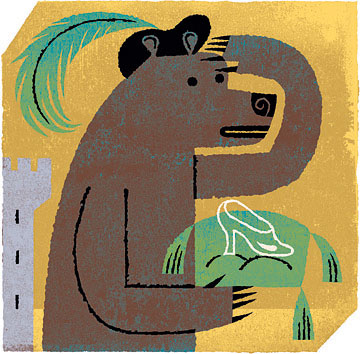 And oh, yes, candidate must be able to follow Ruth Simmons, who steps down as president in July and who by most accounts is one of the best Brown has ever had.

This in a nutshell is what the Presidential Selection Committee will be looking for as it carries out a nationwide search for Brown's twentieth President. Announced on October 18 by Chancellor Thomas Tisch '76, the committee consists of sixteen Corporation members. To make the process "collaborative and inclusive," Tisch says, he also appointed a sixteen-member Campus Advisory Committee made up of faculty, staff, and students.

Tisch predicts a new President will be in place by July 1, 2012, in time for the next academic year, but he adds that no official deadline has been set and no preferred candidate has yet emerged.

"The search will be conducted not with the objective of meeting a timeline, but with the objective of choosing the right leader for the University," Tisch insists. He said that, although he would like the next president to build on Simmons' stunning achievements, the Corporation was "open to the perspectives that candidates will bring to the process."

That process emerged partly as a way of avoiding what happened in 1997, when Brown named Gordon Gee its seventeenth president after a six-month search that was perceived as closed and excessively tight-lipped. Gee proved controversial and served just twenty-five months, the shortest tenure of any president in Brown's history. Tisch says he prefers the newer, more open approach as "following in the tradition of Brown."

Since November, Tisch has been holding a series of meetings to collect opinions from various constituencies within the Brown community. In addtion, the selection committee is consulting with Providence residents and state and local politicians, according to Tisch. "Within the context of engaging in a confidential process," he says, "the idea is to be as inclusive and open as possible."

Whomever the Corporation finally chooses, that person will face significant challenges: continuing the expansion of the campus into the Jewelry District in downtown Providence, building on Simmons's success in raising more than $1.6 billion for the University, working with faculty to amend the tenure process, strengthening graduate school programs, increasing the diversity of staff and students, and continuing to provide substantial financial aid to needy students.

"Ruth has been a monumental leader in the life of Brown," Tisch says. "But thankfully leadership comes in many styles and dimensions. It's my great hope that we will be able to find another inspiring leader for the University."

Reader Responses to After Ruth