In his feature debut, A Decent Arrangement, producer, director, and writer Sarovar Banka '02 tells another love story: of a U.S.–born ad writer named Ashok, played by Adam Laupus, above, who travels to India for an arranged marriage. His friends are getting hitched and he's having no luck on his own, so he opts for the traditional route. 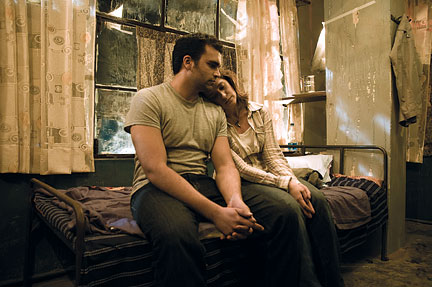 Courtesy Sarovar Banka
Through his hyper-efficient cousin, Ashok meets a series of potential brides, but he underwhelms their parents with his lack of ambition. Complicating matters further is his friendship with a fellow American staying at a local hostel. Banka shot on location in Chandigarh, the Le Corbusier-designed capital of Punjab, and the street scenes and soundtrack are especially evocative. "More Darjeeling Limited than typical Bollywood bride movie, " Variety proclaimed.
What do you think?
See what other readers are saying about this article and add your voice.