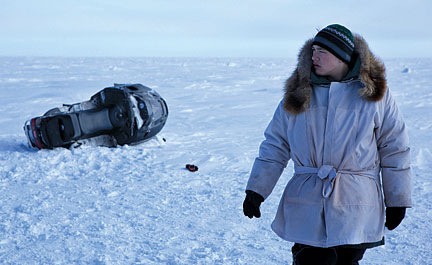 Sebastian Mynarski
Sikumu (On The Ice), the feature debut of producer Cara Marcous '97, opens this February in New York, Los Angeles, Anchorage, and Fairbanks. A thriller about teenagers who try to cover up a murder, the film has an all-Inuit cast. Since its debut at Sundance last year, the film has been racking up festival prizes, including Best Feature Narrative and Best Cinematography at the Woodstock Film Festival.
What do you think?
See what other readers are saying about this article and add your voice.

Reader Responses to A New Film by Producer Cara Marcous ’97