A New Film by Richard Yelland ’90 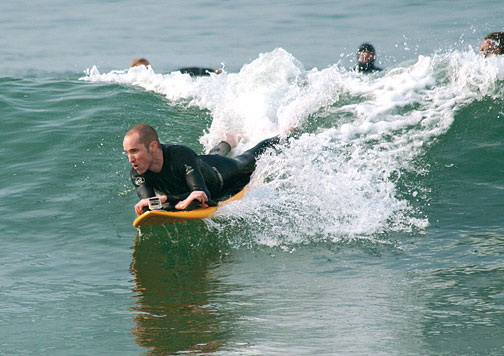 Richard Telland
In the documentary Floating: The Nathan Gocke Story , producer/director Richard Yelland '90 and producer Morgan Spurlock record the recuperation of thirty-two-year-old Gocke (above) after a surfing accident left him paralyzed from the chest down. Now available on iTunes and DVD, the film won best documentary prizes at Cannes and the New York Film Festival and aired on Fuel TV last summer. A painting by surfer Alex Weinstein '92 is on the DVD cover.
What do you think?
See what other readers are saying about this article and add your voice.

Reader Responses to A New Film by Richard Yelland ’90