By Lawrence Goodman / January/February 2012
January 4th, 2012
If you're not yet convinced that health care workers treat whites better than blacks, consider this: a recent Brown study found that African Americans in nursing homes are 15 percent less likely than whites to get flu shots, even when living in the same place. 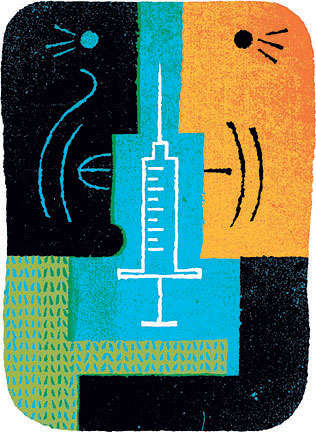 Mor and Cai concluded that the discrepancy was even greater when blacks and whites lived in different nursing homes. Blacks were then 23 percent less likely than whites to get shots.

Cai says some of the difference could be attributed to ignorance rather than prejudice. African Americans turn down flu shots at higher rates than other groups—13 percent, in contrast to a 9 percent refusal rate among whites.

"The way to address the within-facility disparity," Mor says, "is to find out why there are these refusals and determine better ways of communicating the vaccine's benefits."