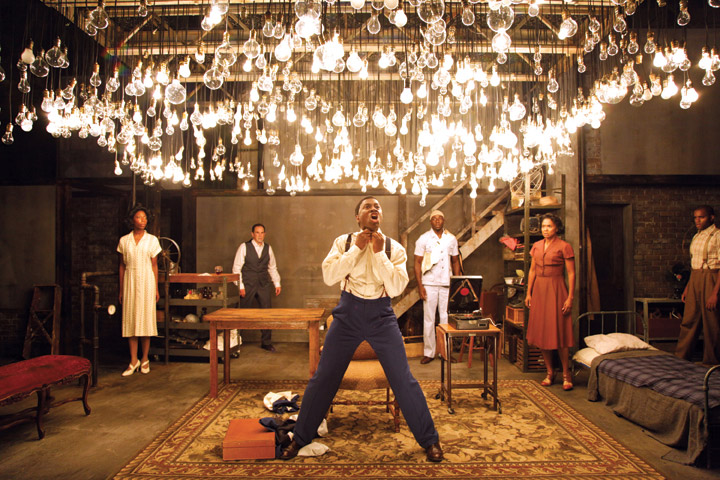 In the fall of 1979, Ralph Ellison, author of the 1952 masterpiece Invisible Man, delivered at Brown what became one of his most significant talks on race, identity, and U.S. history. Oren Jacoby ’77 missed it. With graduation two years behind him, he had moved on to a career in film and theater. “Not only did I not read the book at Brown,” Jacoby says, “I missed this incredible visit.”

More than two decades later, Jacoby approached one of the executors of the novelist’s estate—Ellison died in 1994—and pitched the idea of adapting Invisible Man for the stage. “He said, ‘Go for it,’” Jacoby recalls. “‘If you do a good job, we’ll support you to go forward.’”

Last January, the play premiered in Chicago to rave reviews. The Chicago Tribune called it “a remarkable, 205-minute, must-see, three-act dramatic achievement.” Invisible Man then moved on to Washington, D.C., and in January it opened at the Huntington Theatre Company in Boston. “It’s a three-hour epic,” says Peter DuBois ’97 AM, the Huntington’s artistic director, “so I really responded to the ambition of the piece. The telling of his story is incredibly visceral.”

Invisible Man is the first-person narration of the plight of an unnamed African American who moves from the South to Harlem, where he lives, invisibly, in a manhole. Jacoby sees the novel as the narrator’s internal debate over whether to stay invisible or reenter American society, which has discriminated against and marginalized him for his entire life. Drawing from the rhythms of jazz, the book moves between naturalism and expressionism. “I was really struck by its theatrical possibilities,” Jacoby says. “The language in the book is a fabulous combination of poetry and vernacular dialogue.” 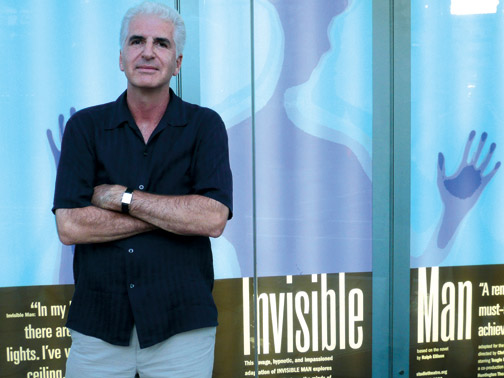 Courtesy Studio Theatre
"What is a nice white boy doing with this play?" Jacoby Asks.

Though Jacoby studied directing at the Yale University School of Drama, he has spent most of his career making documentary films. His New York City–based company, Storyville Films, has produced dozens of documentaries on subjects ranging from the Beatles to the Irish immigrant experience in America to the $300 million art heist from Boston’s Isabella Stewart Gardner Museum. But Jacoby never abandoned theater entirely. He made documentaries about playwright Sam Shepard and the process actors use to master Shakespeare’s language. And he directed plays at the Williamstown Theater Festival in Massachusetts and the Ensemble Studio Theater in New York City.

Jacoby, who is white, grew up in New York City. His decision to adapt a seminal work of African American literature naturally raises the question, as Jacoby puts it: “What is a nice white boy doing with this play?” Jacoby used only Ellison’s words in his adaptation, not adding a single line of his own dialogue. He also drew inspiration from South African playwright Athol Fugard, who was his mentor at Yale. Fugard, who is Irish and Afrikaner, worked with black actors to create brilliant plays about the horrors of apartheid.

“With Athol,” Jacoby says, “I saw that race is something that has to be examined by both sides. Jacoby quotes Ellison himself, who wrote, “The ideal level of sensibility to which the American artist would address himself tends to transcend the lines of class, religion, region, and race—floating, as it were, free in the crowd.”